At the suggestion of our hosts Rob and Ash from the night before we decided to take a “short cut” through Skalkaho Pass. We were hungry to make up some miles and our competitive natures would do anything to get ahead of fellow cyclists Roman and Eric. This was the sign that greeted us on this glorious morning. 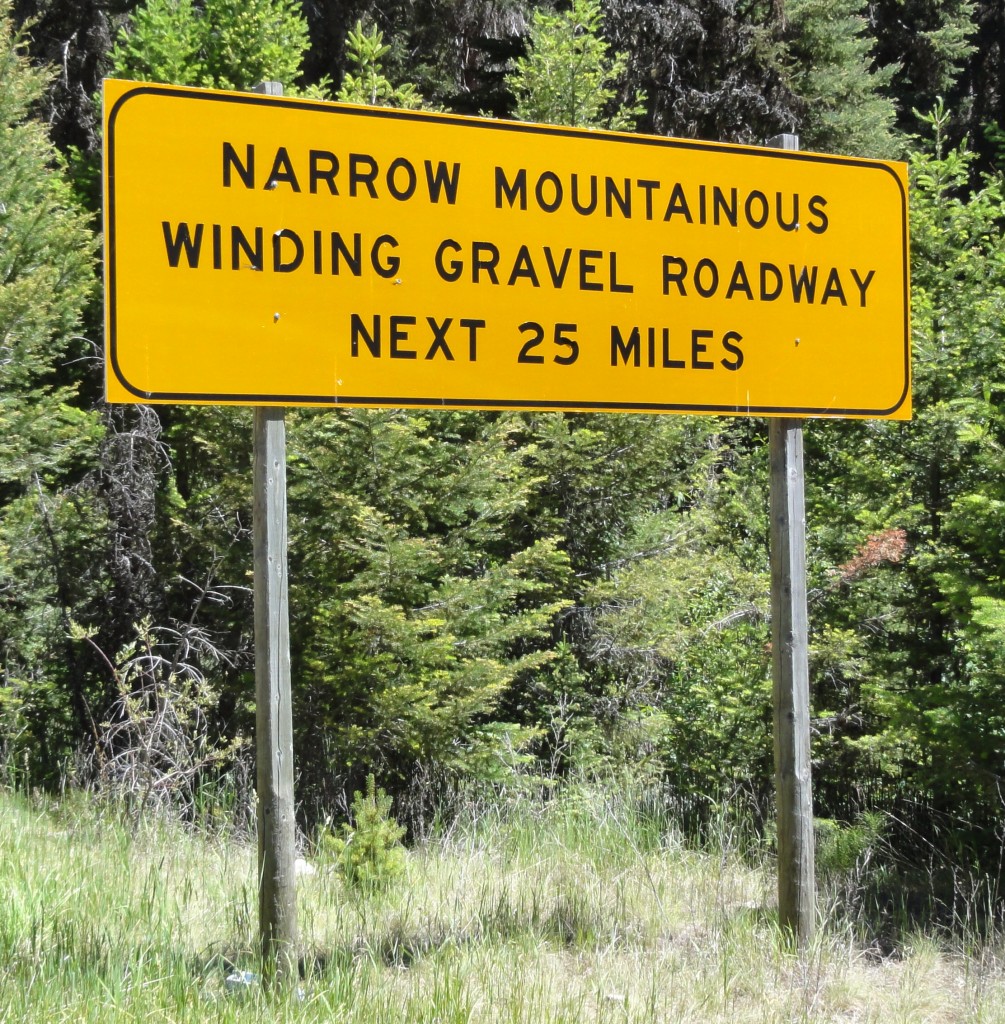 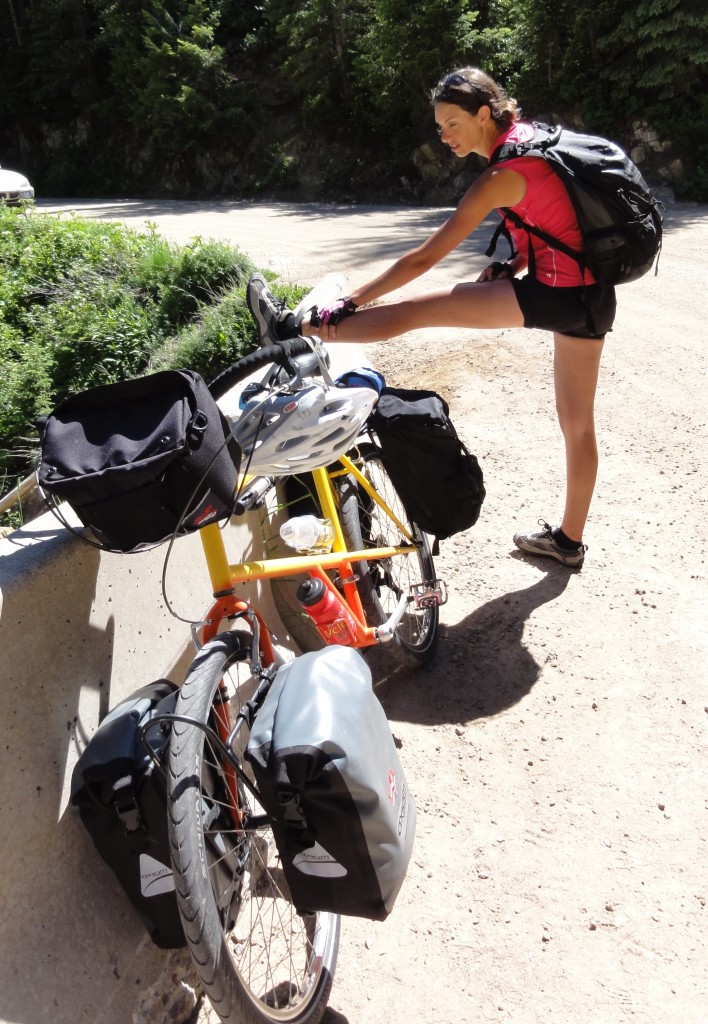 We did a lot of roadside stretching on the way up. Partly for it’s obvious circulation benefits, partly as an excuse to rest for a moment on this arduous climb!

A climb nearly worth the view 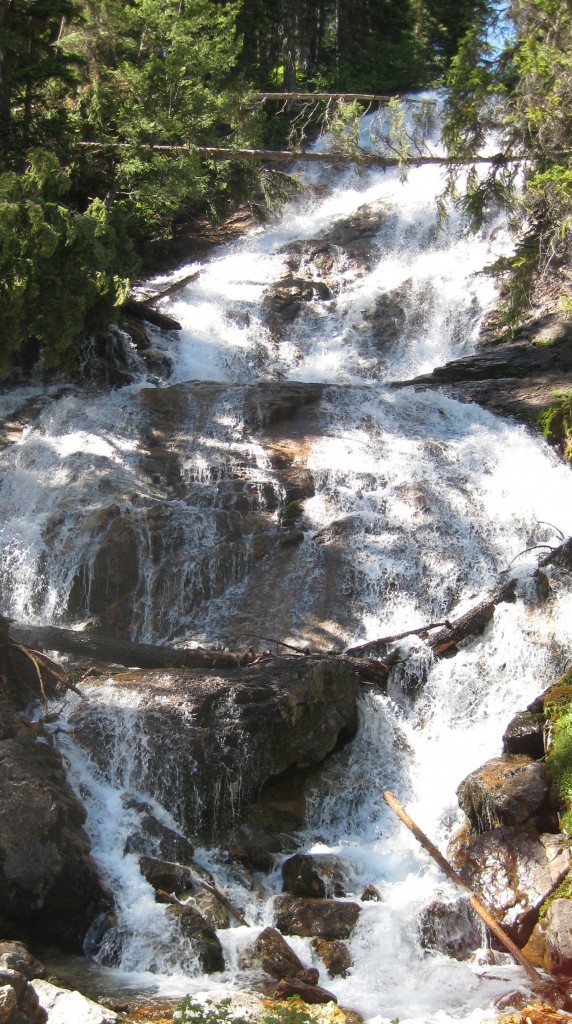 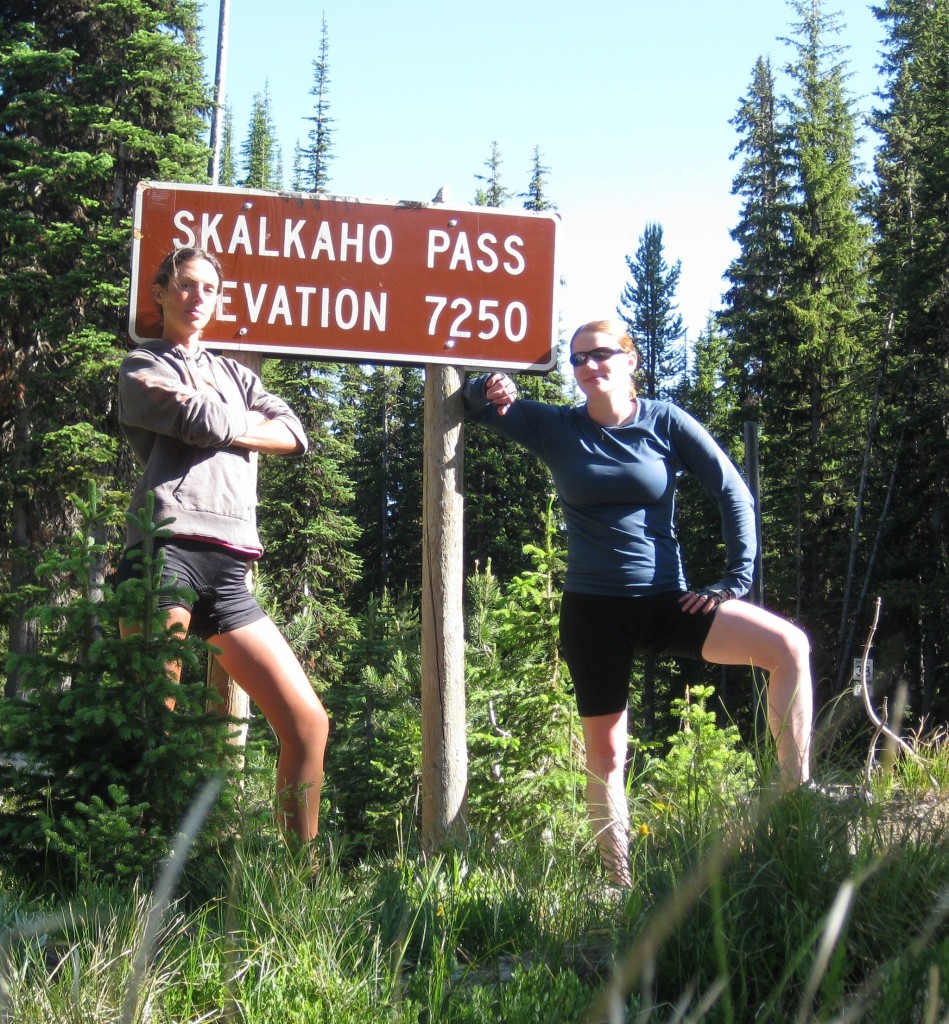 Exhausted warriors after a 3,600 foot climb 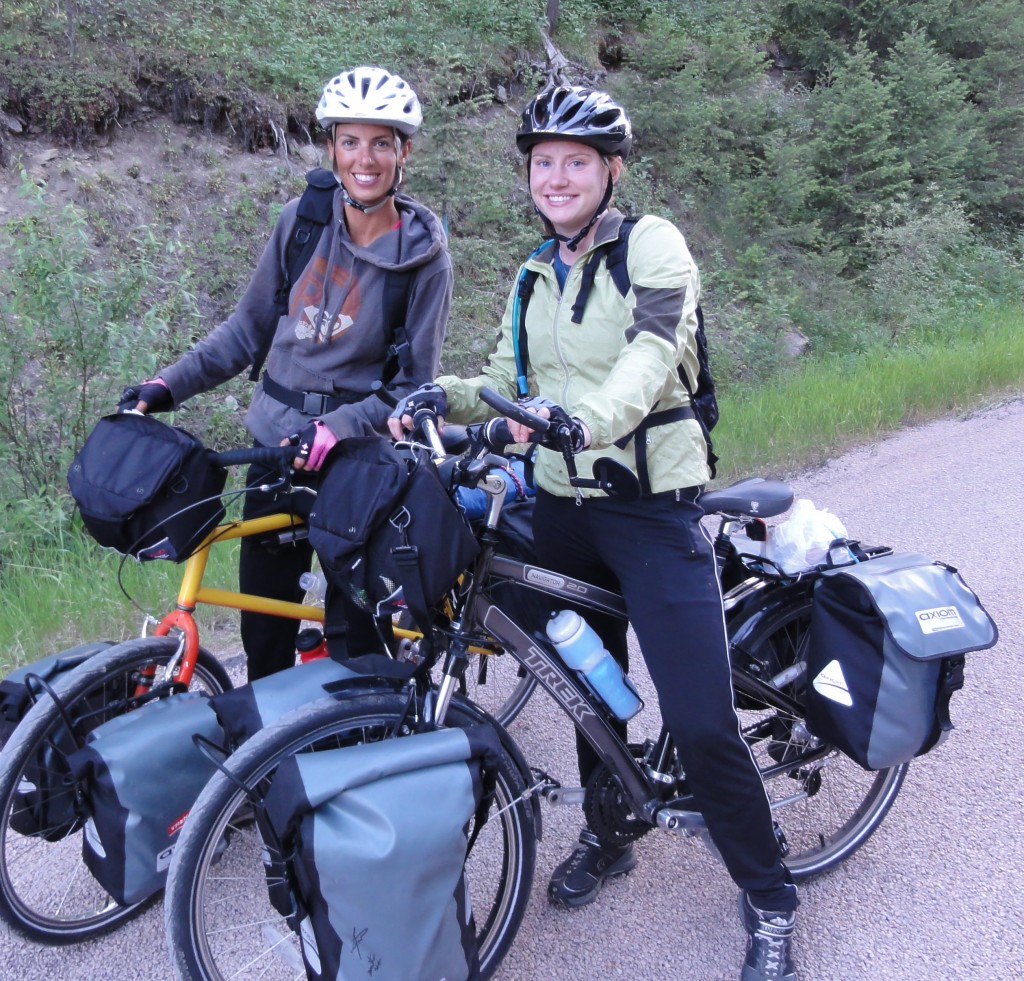 Happy to be on level ground again

We coasted down the other side of Skalkaho Pass and descended into rolling farm land. The cows turned to stare at us in their usual mid chew glossy-eyed way. We stopped at a ranch-style home and asked the residents if we could borrow their hose to replenish our water supply. They gladly obliged and suggested a camp ground for the night.

We weren’t at the camp ground long before we found ourselves covered in creatures. Not the blood-thirsty mosquitoes or pesky flies we’ve encountered previously. Instead, small caterpillars were descending on tiny silky strings for the trees above. Our tent and belongings were soon draped in these delicate larvae… we did our best to tread lightly that night.