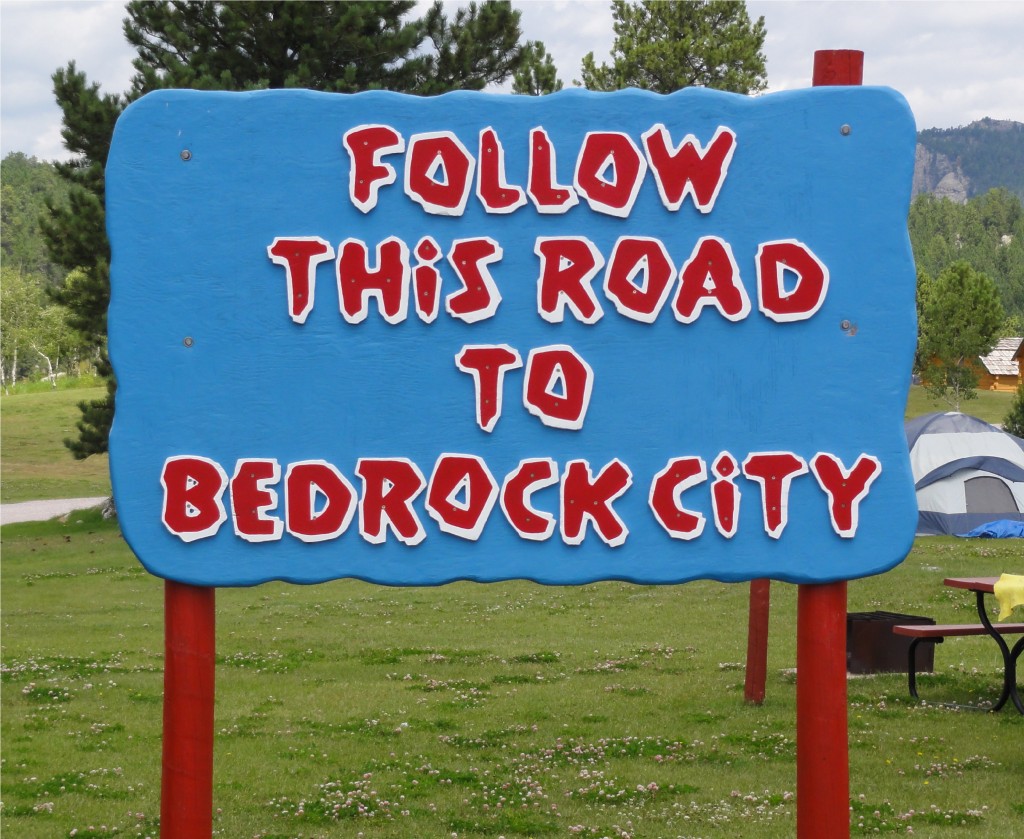 We awoke still in awe of the colorful world we had entered. We had no idea a Flintstones themed campground existed much less in Custer, South Dakota. It was like waking up inside Saturday morning cartoons. 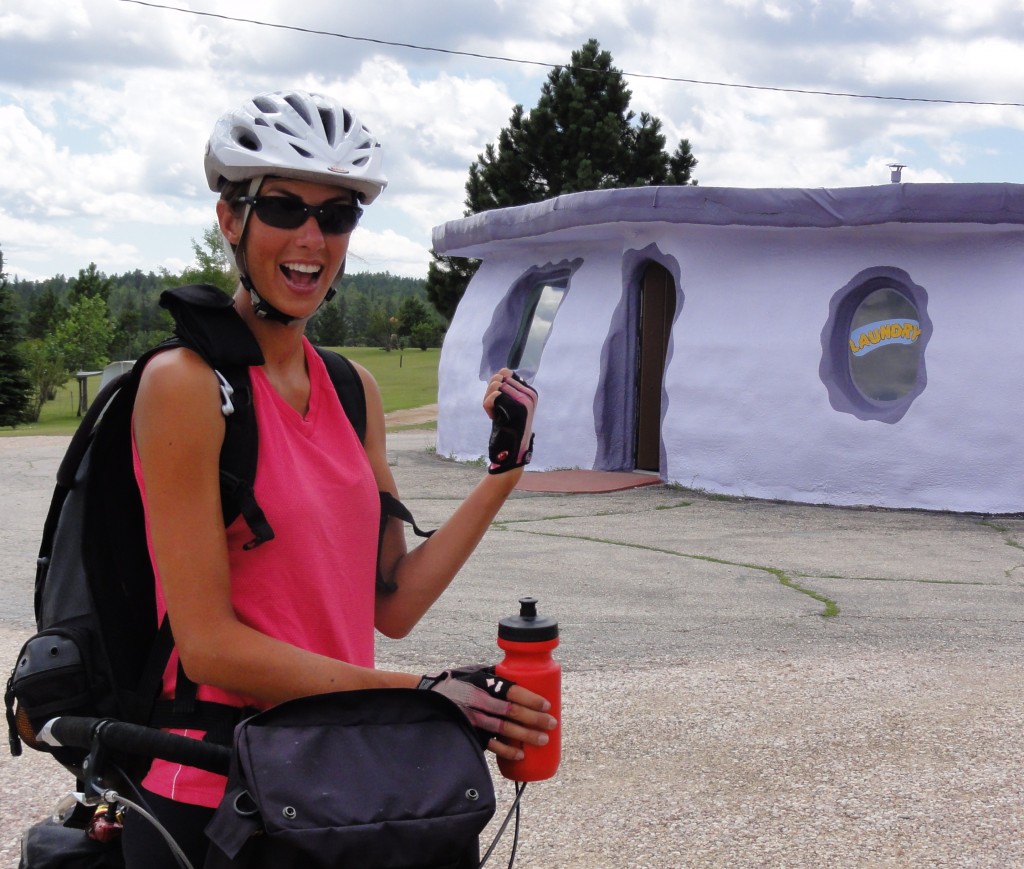 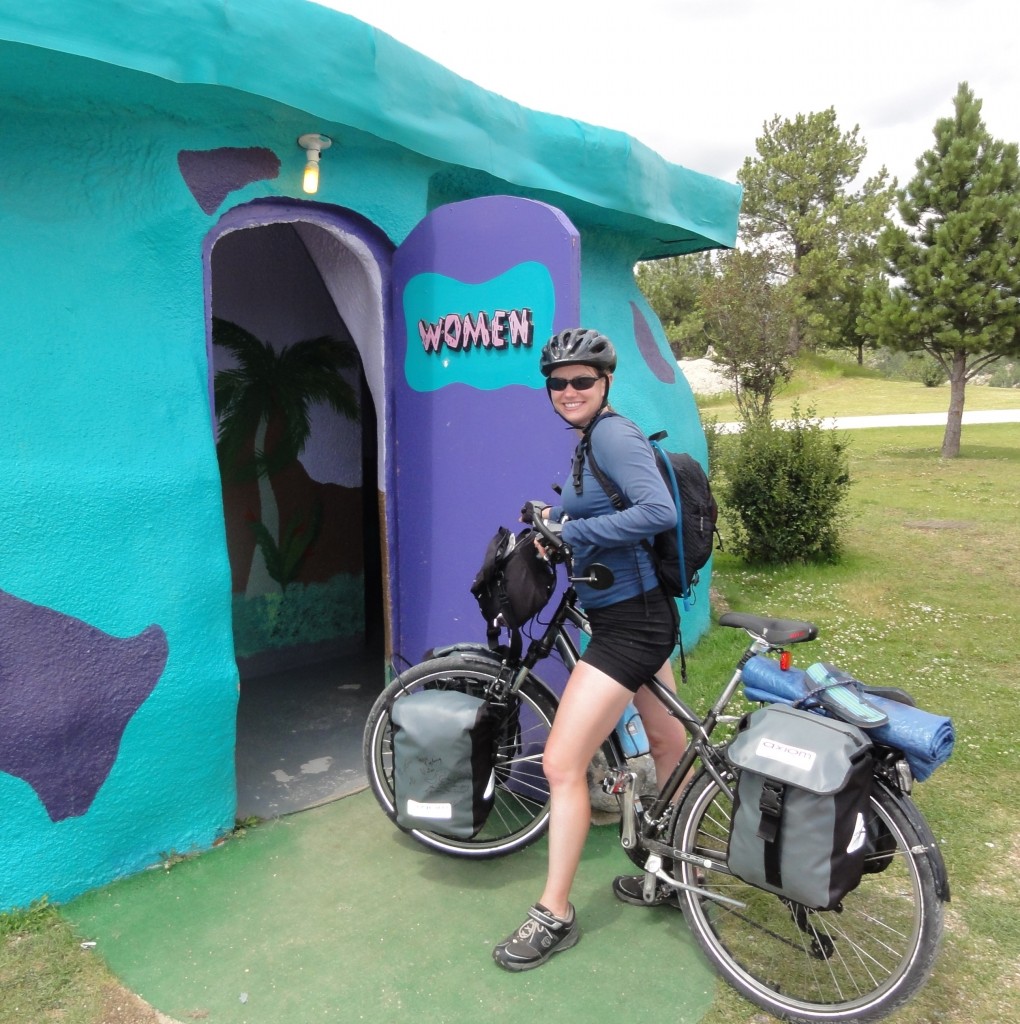 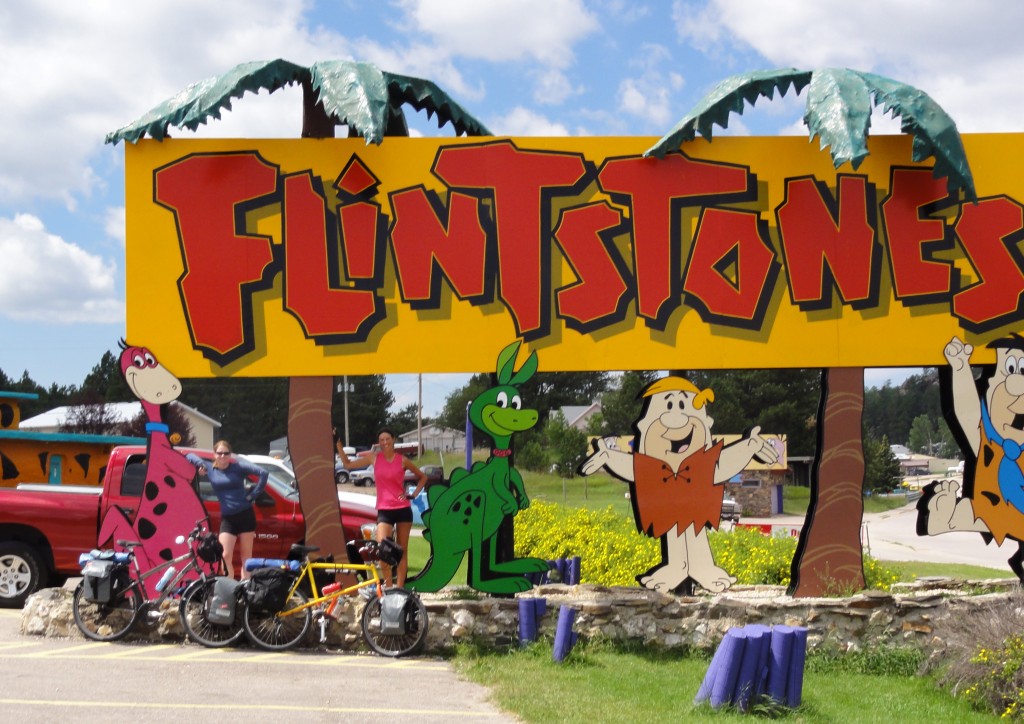 Bidding goodbye to the Flintstones

After two ice cream cones at the Bedrock Drive-In we headed off in the direction of Crazy Horse and Mount Rushmore. I was thrilled to be less than 20 miles from a national icon I had never before seen in person. From school Mount Rushmore always had a bit of a mythical feel; a hidden wonder in a far off land. Now we were going to cycle up to it! 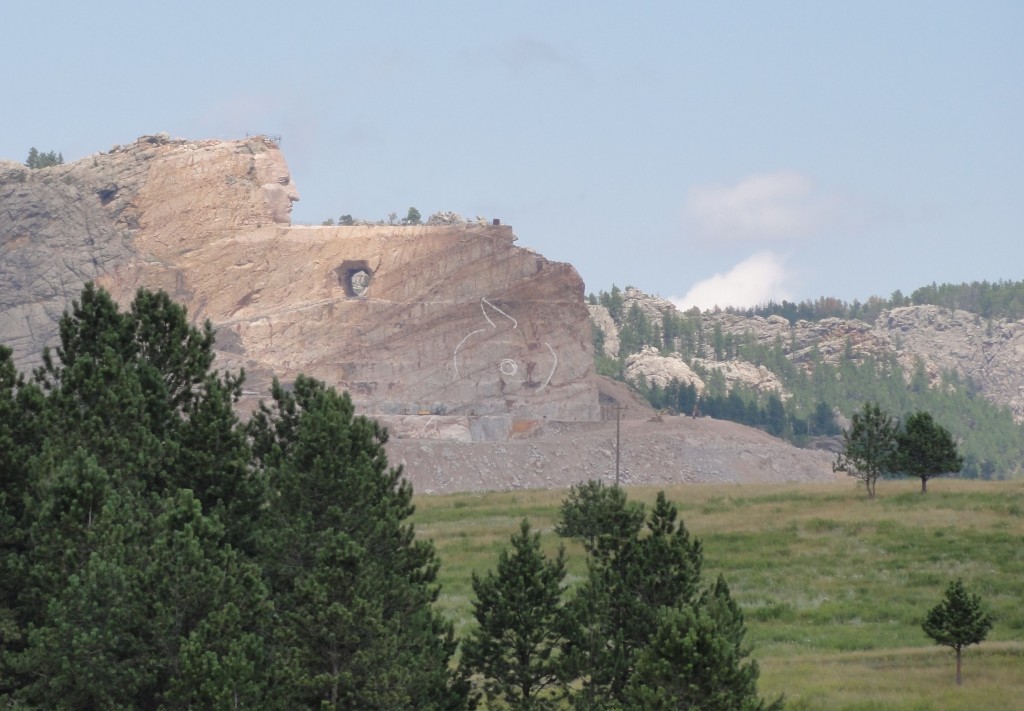 The stern face of Crazy Horse is a remarkable accomplishment, but apparently is still in progress. 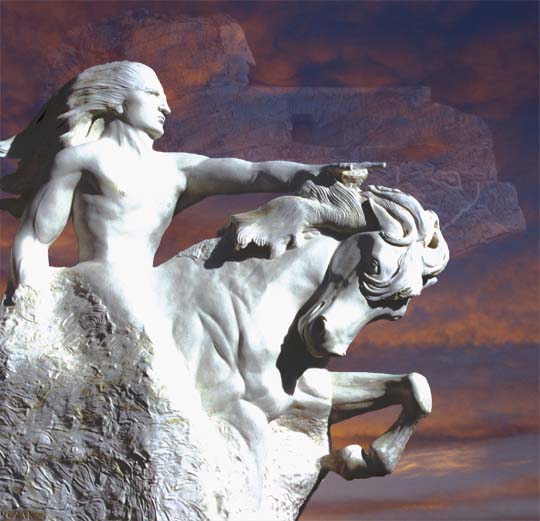 Sometime later as we were cycling toward Mount Rushmore Jess and I spotted a sign for “helicopter tours.” Jess came to a sudden stop and turned around in her saddle “What do you think? Any interest in doing a tour?” We figured it wouldn’t hurt to inquire about prices. A smiling woman with a southern accent greeted us and inquired about our cycling. Terah’s enthusiasm bubbled over when we confessed that we were cycling across the country. “Y’all have just inspired me so much! I want to do that someday!” Her vivacity absolutely made our day. 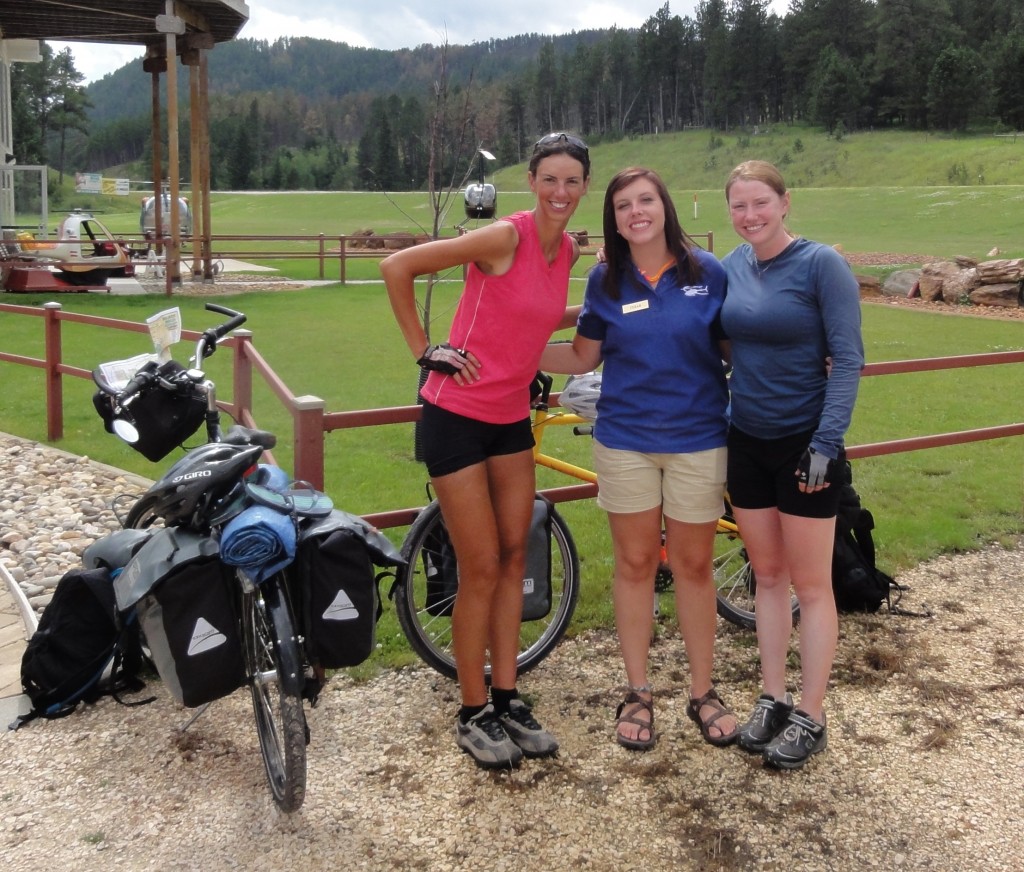 Myself, Terah and Jess

We passed on the helicopter ride and continued toward Mount Rushmore. As we ascended into the Black Hills I reflected on how different my body felt from the beginning of our journey. Day one each incline had been a feet of sheer determination. Now the hills passed by like they didn’t exist; our muscles perfectly adjusted to climbing after such cycling accomplishments as The Cascades, Continental Divide and the infamous Granite Pass. 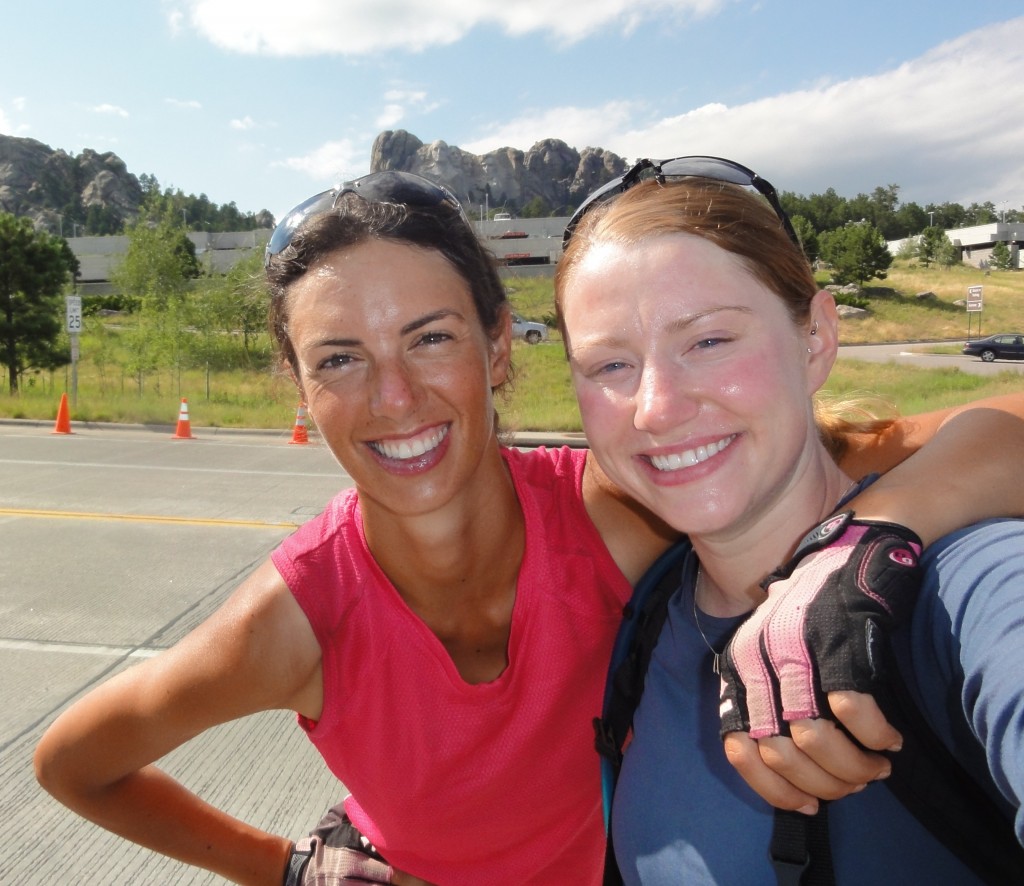 Myself and Jess sticky, sweaty, and happy to be at Mount Rushmore

Coasting into Keystone, SD we noticed another sign for Helicopter Tours. We stopped in for a quick price comparison, and decided to make our first big splurge of the trip. We had been very frugal until this point and decided it was time to reward ourselves.

Our pilot Dan, Jess and Myself 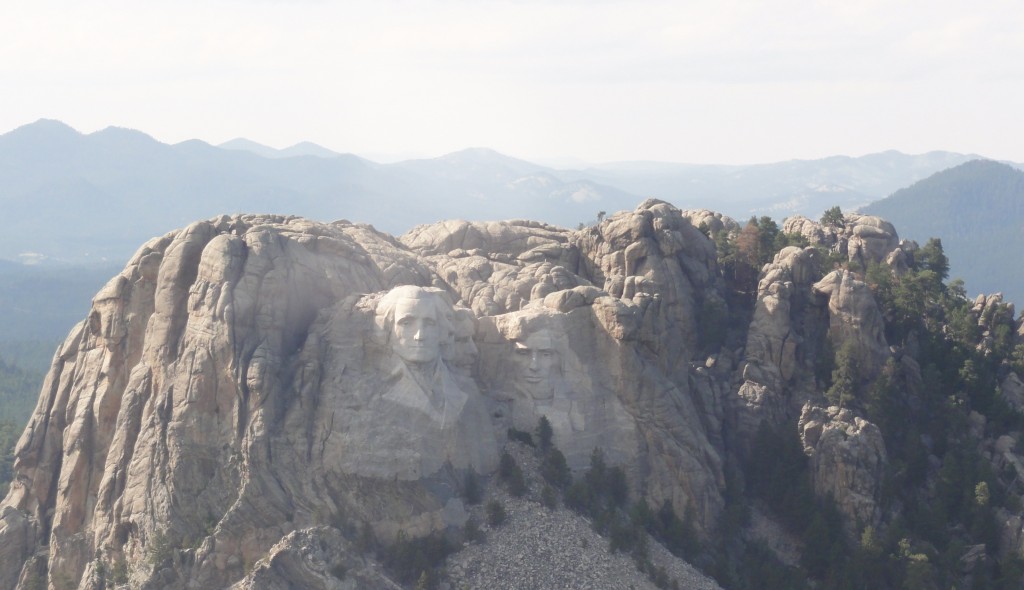 Washington, Jefferson, Roosevelt and Lincoln from above