On our way out of Lochsa Lodge Campgrounds we ran into Roman and Eric who were also cycling East. After chatting about routes and bicycle touring in general we had already grown attached. We parted ways hoping we would cross paths with these two again! 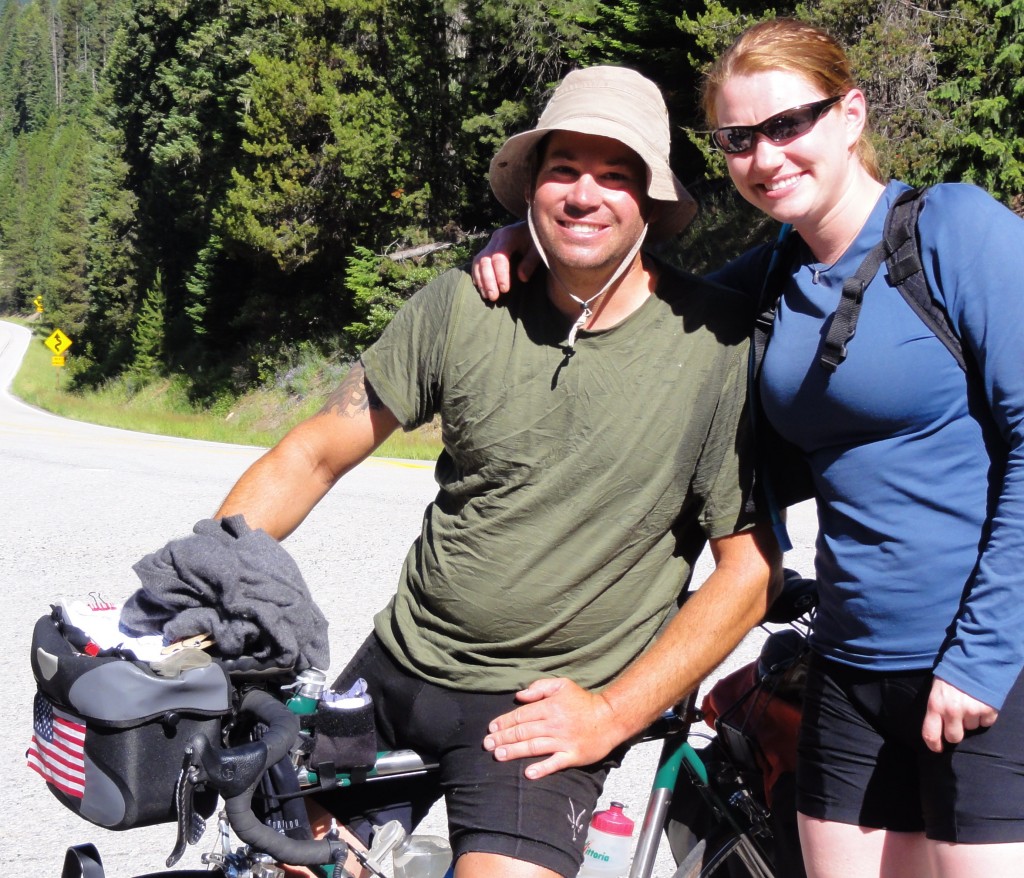 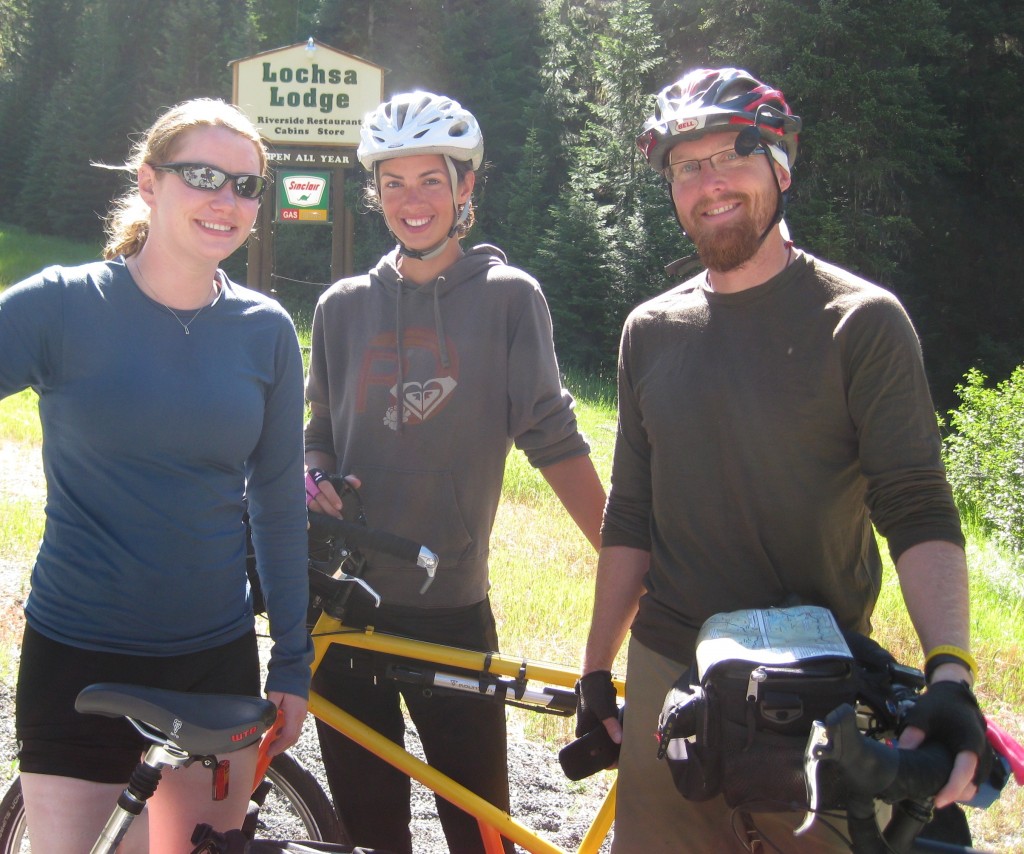 Another fellow cyclist we met as we were leaving Lochsa Lodge  was Dennis. He was headed back to Portland, OR our initial starting point. We had some good laughs that morning as we shared stories from the road. 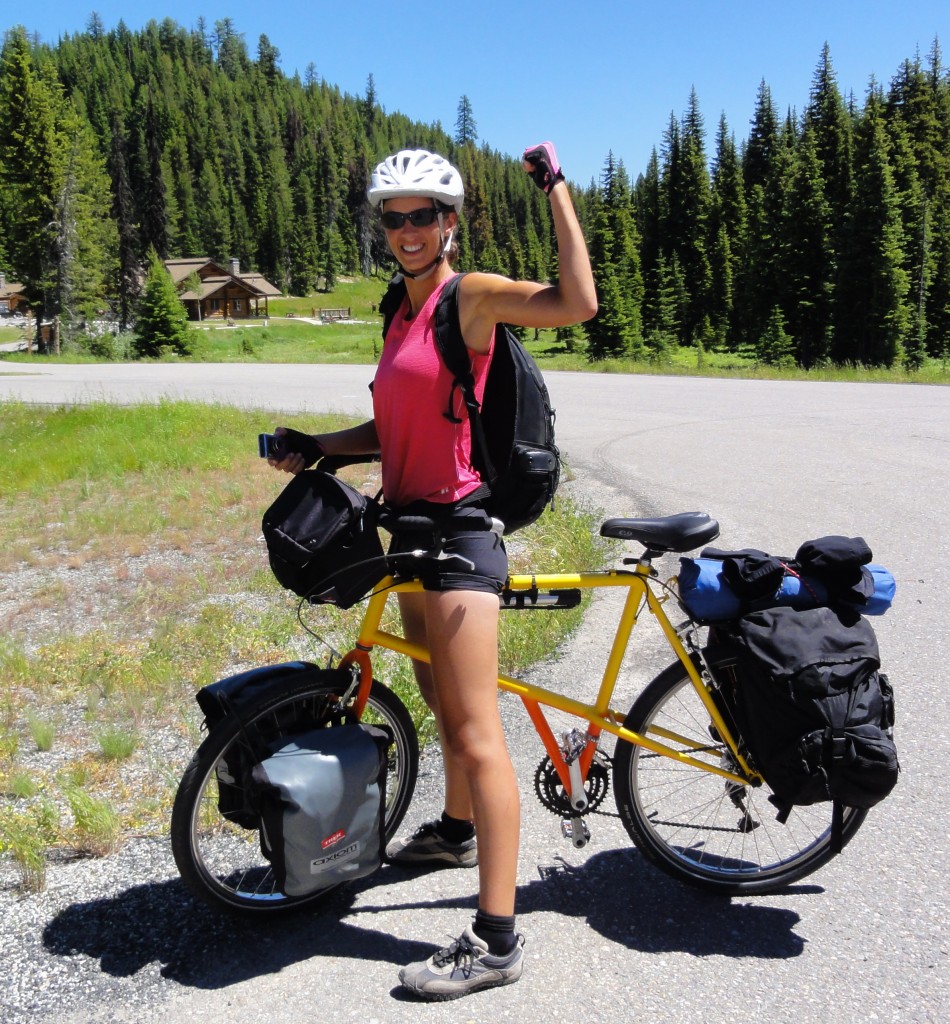 After a long winding climb with little shoulder we were elated to reach the top of Lolo pass, the final dividing incline between Idaho and Montana. We felt on top of the world! 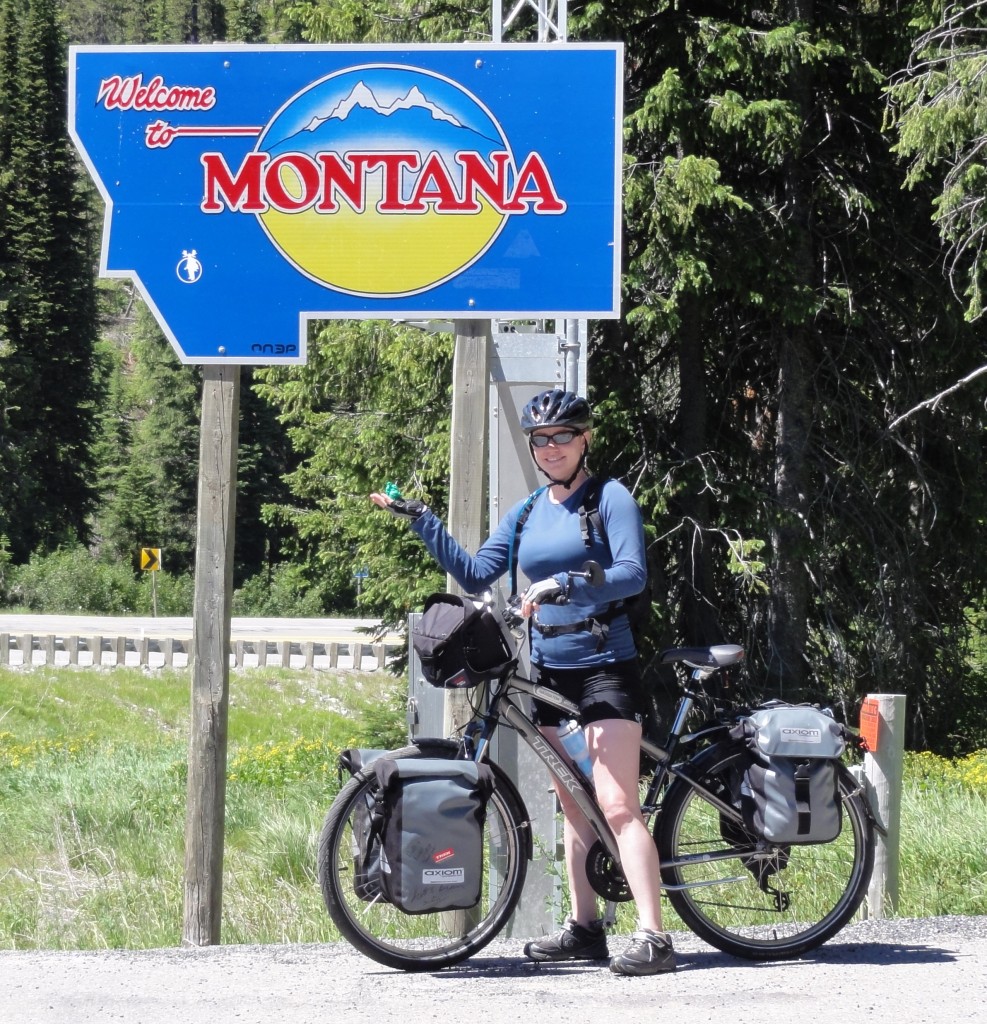 Happy to be crossing into state number 4 of the trip 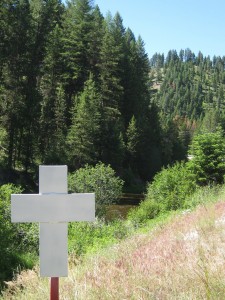 One thing we noticed a few miles into Montana were the standardized roadside crosses. These small white crosses signified the loss of someone in a vehicle related accident. It does, however, beg the question: what if the casualty was not Christian? 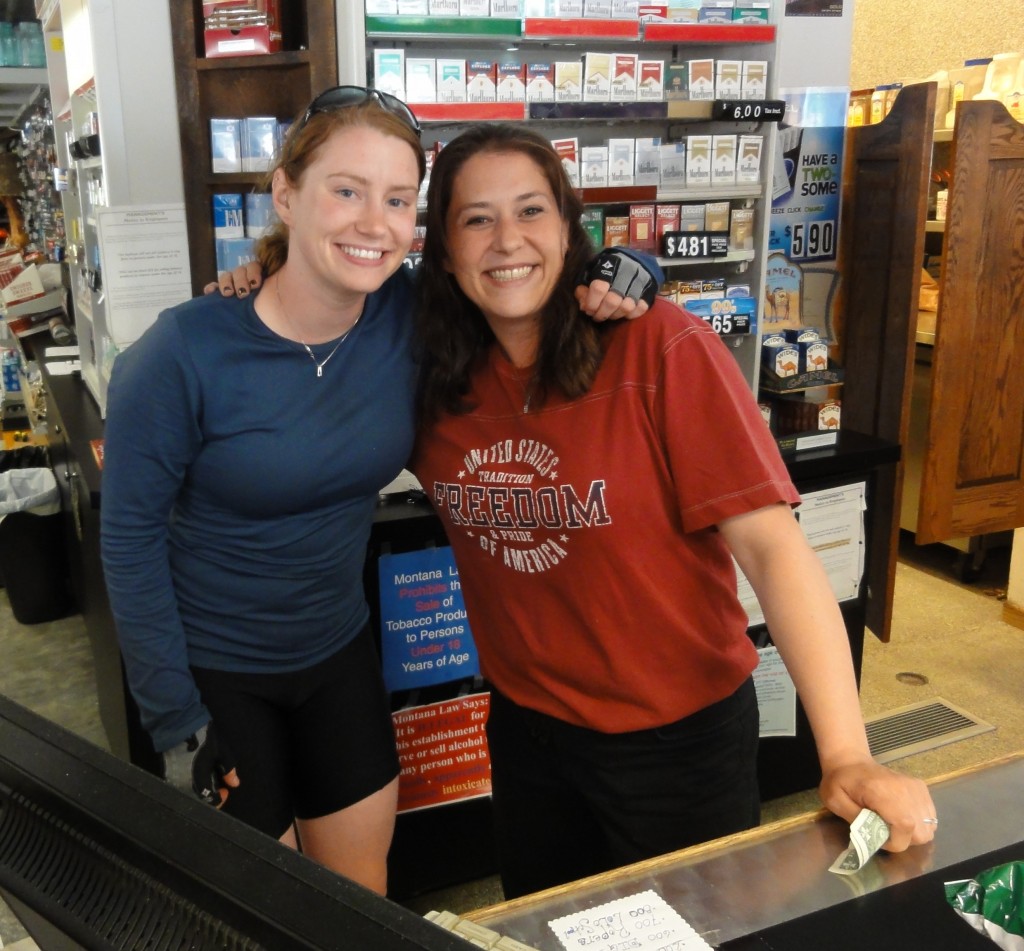 Jess & Emily at a store in Lolo, MT bonding over teacher talk 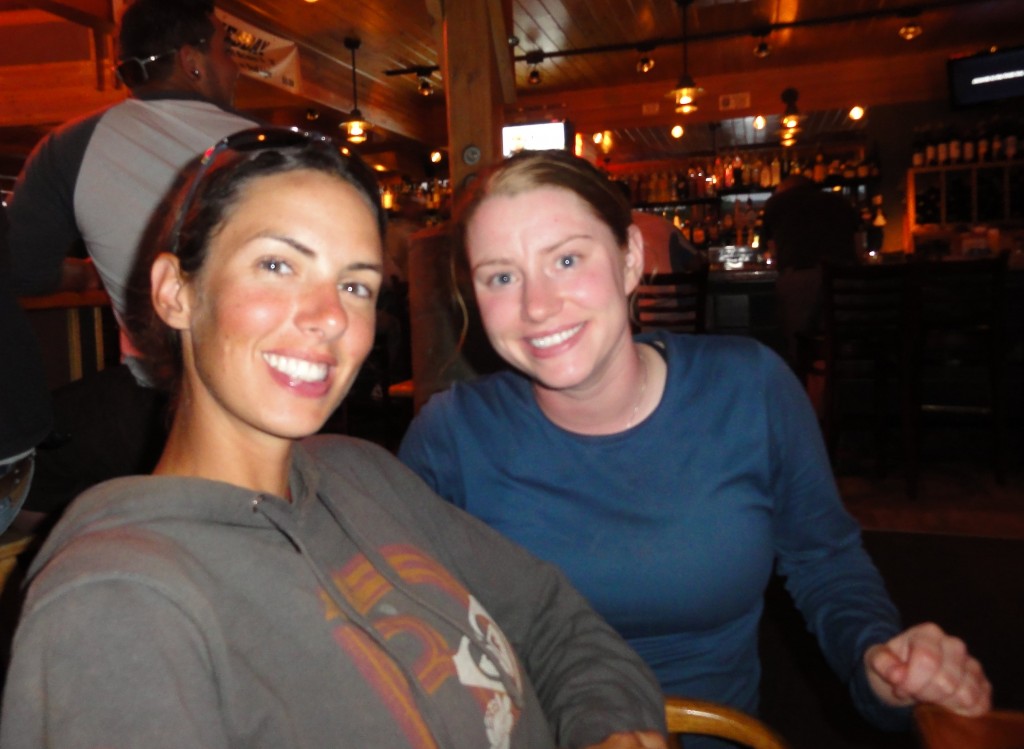 We met up with Roman and Eric, the two cyclists we’d met earlier that day, at Iron Horse in Missoula to celebrate crossing Lolo Pass. We were thankful for the American-sized portions at this restaurant as we were famished. 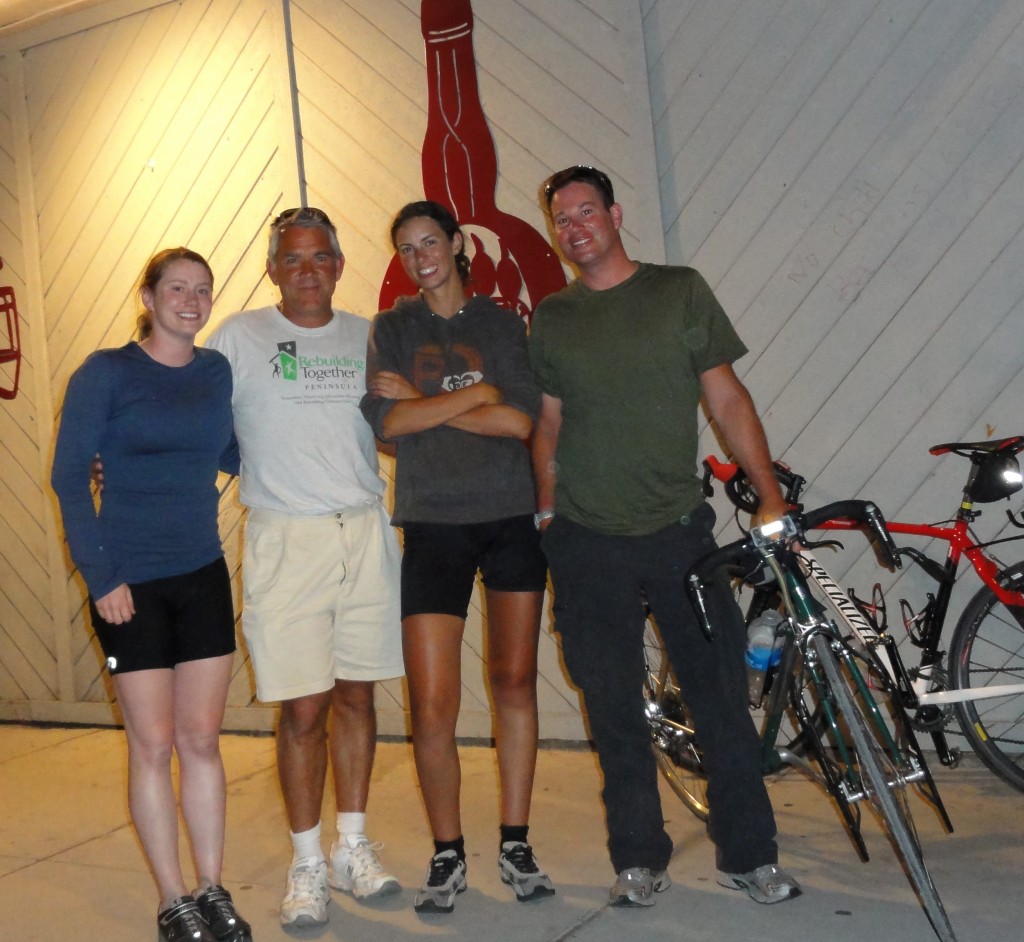