The day of the cattle drive had arrived! We groggily crawled from our frigid tent at 3:30am and headed toward the ranch house for a hearty breakfast of eggs, hash browns, bacon and coffee. Being at approximately 7,000 feet, the Missouri Flats chilled us to the bone at this hour. For the most of this trip we had been able to sleep through the coldest part of the morning. My teeth chattered as I prepared for the day.

Jess on Horseback at the Break of Dawn 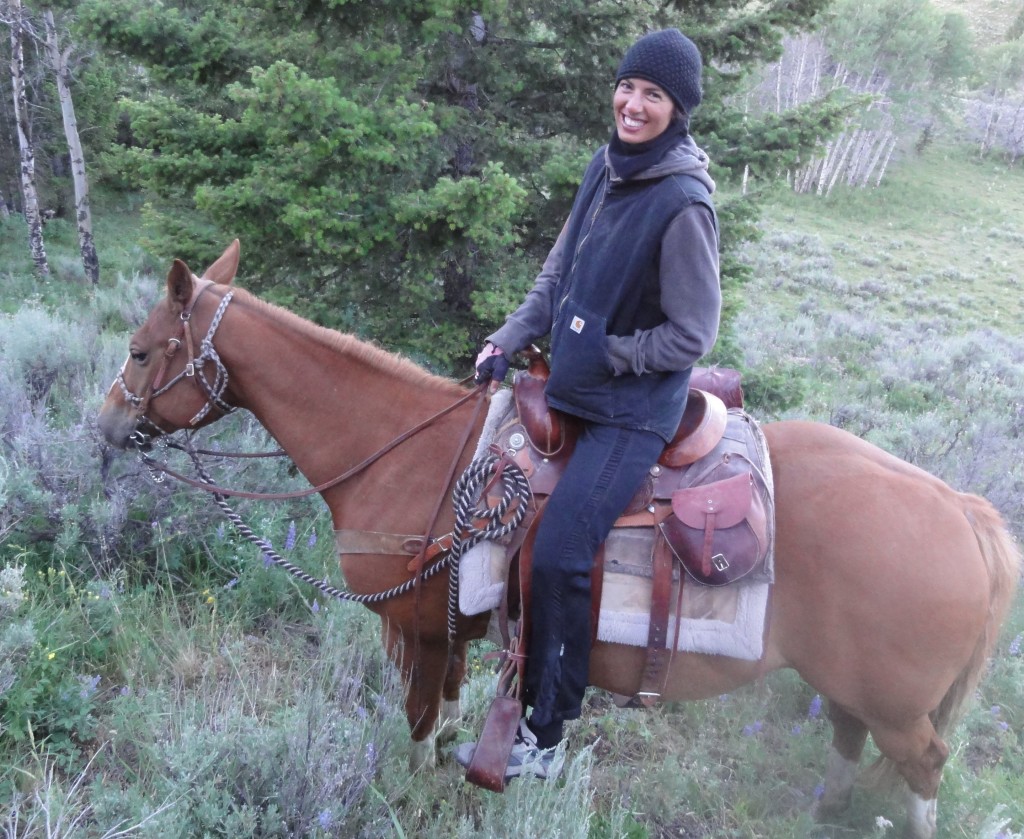 Myself Bundled Up on Drift 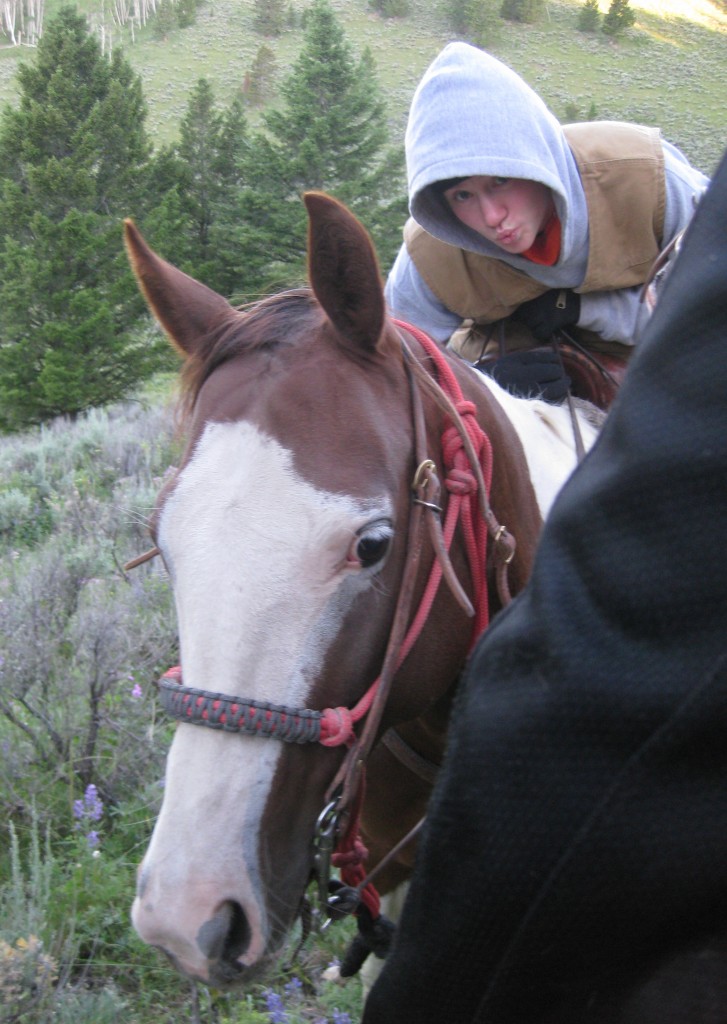 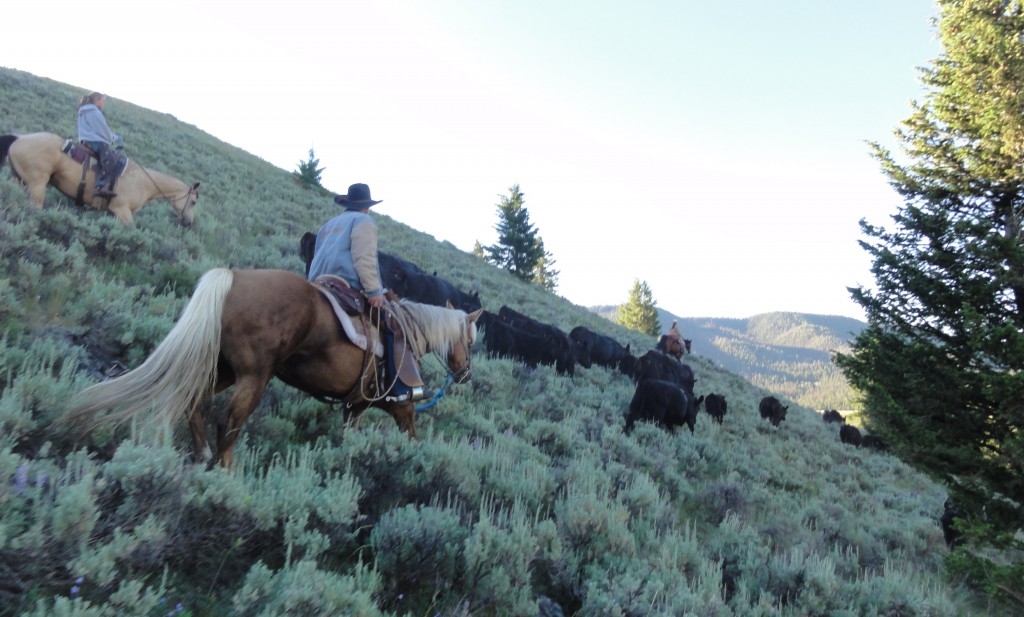 Jim and Skipper, so very Man from Snowy River

The strategy of the cattle drive was to start most horse and rider pairs in the mountains and drive the cattle into the lower valley. Once in the open the cattle clumped into bawling masses and were more easy to maneuver. They made their way reluctantly along the trails we encouraged them on with yells, calls, whistles, screams, claps, chants, yodels, and another startling sounds we could summon. 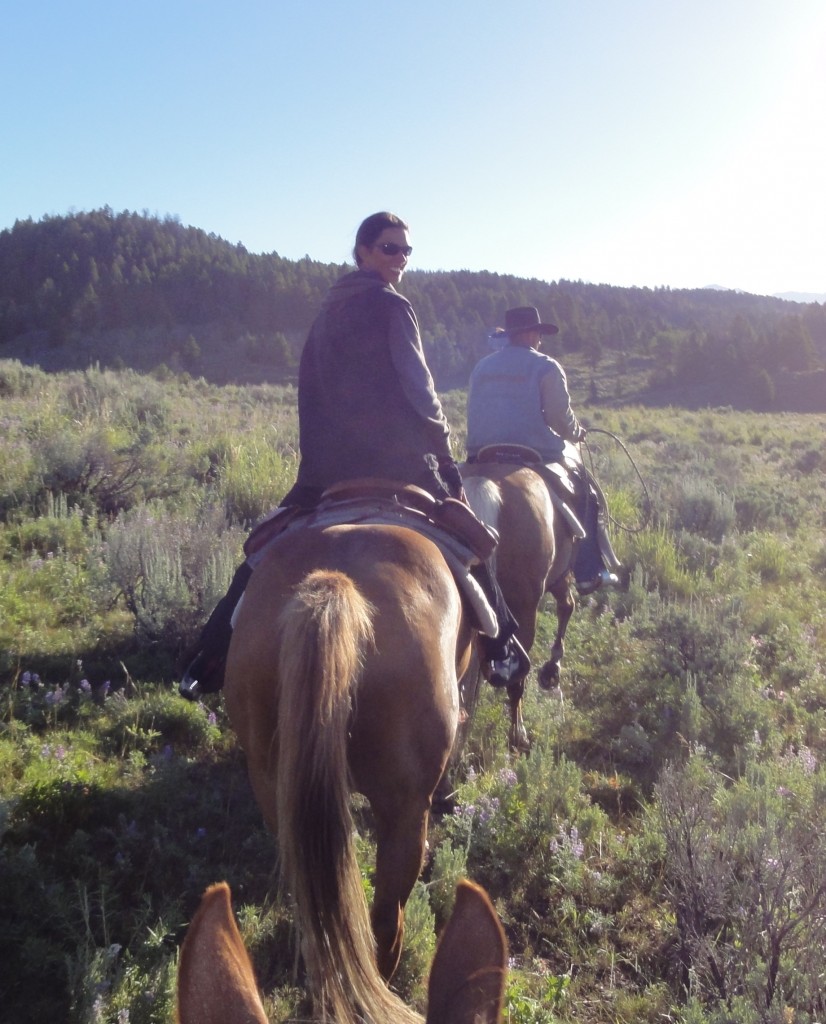 Dee Ears, Me on Drift, Jim on Skipper 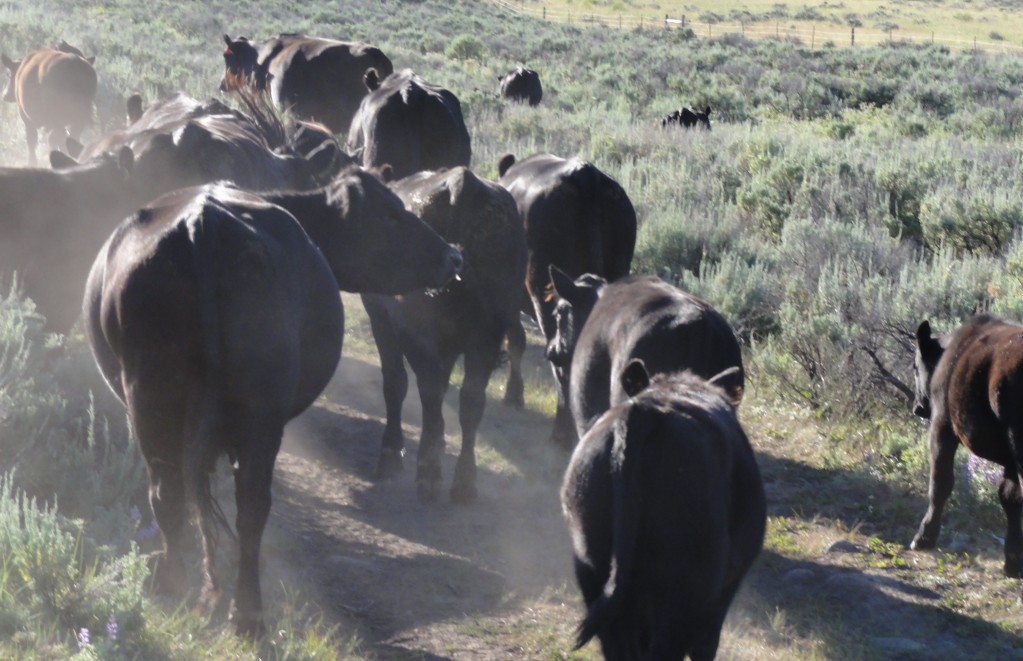 Calling to her Calf 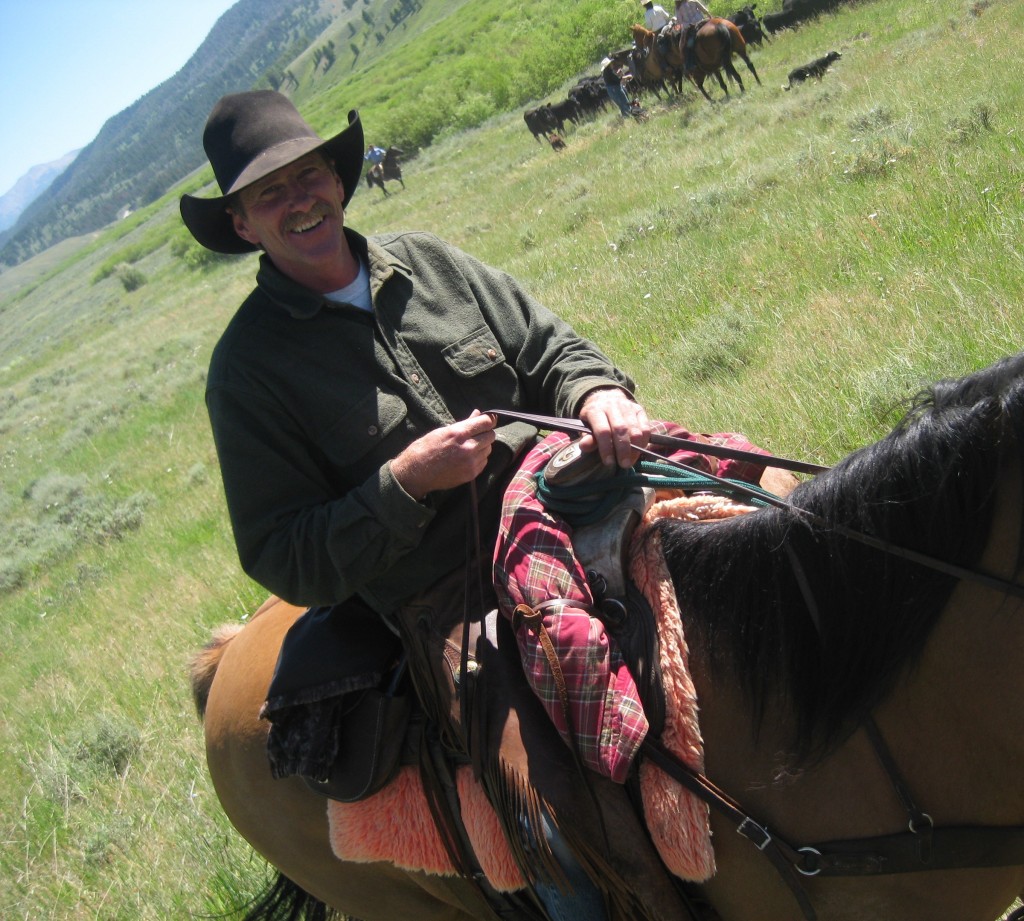 Cowboy Bob having a ball 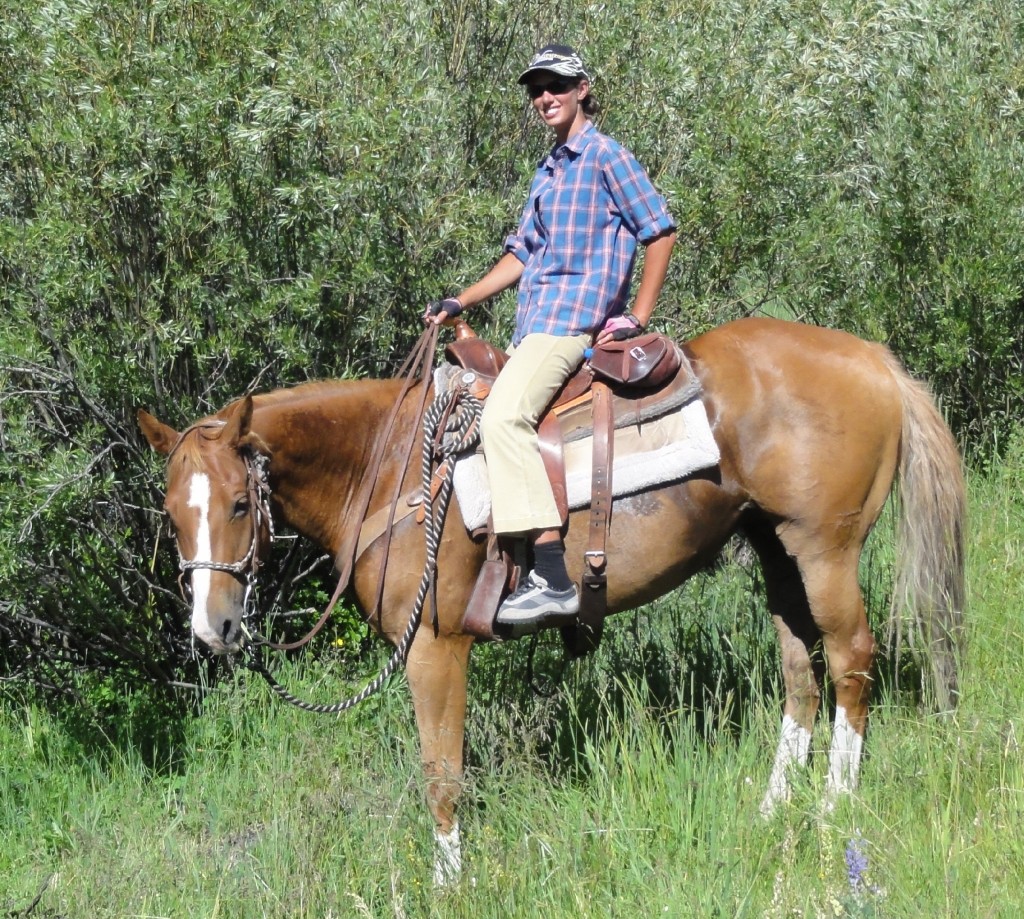 Drift stopping for a snack 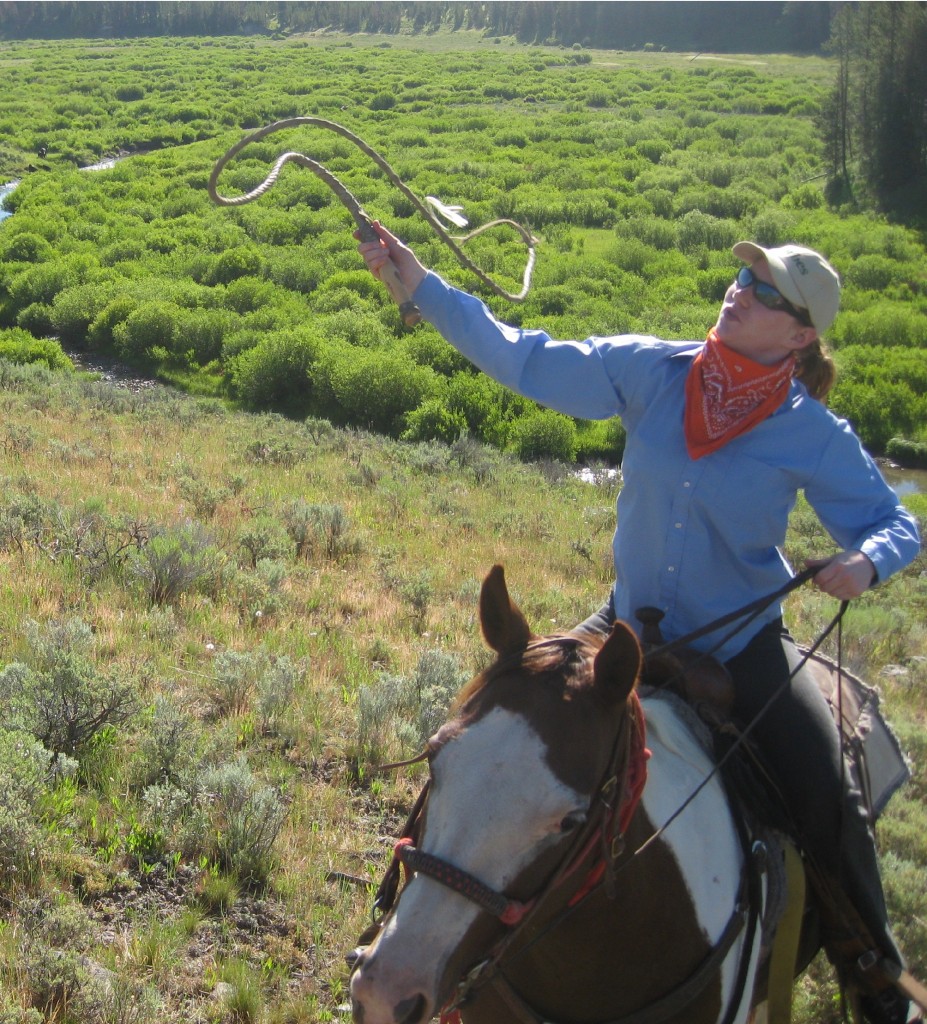 Jess learning how to crack the whip 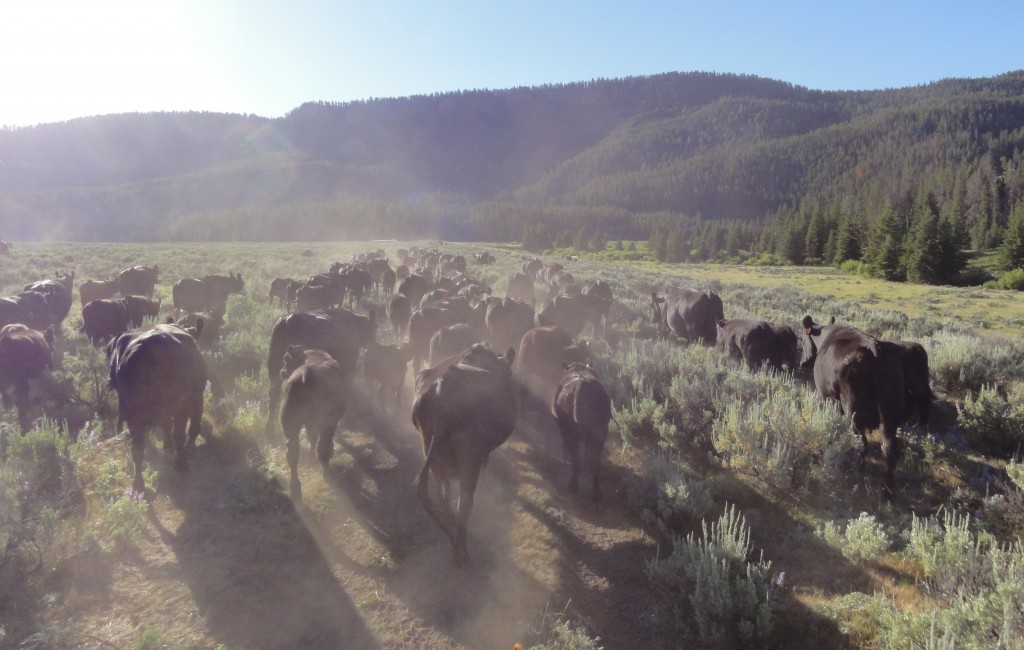 As the day progressed it became obvious that everyone’s energy had lowered; cattle, horses and riders moved slower than they had in the crisp morning air and the cows were less intimidated by our calls. 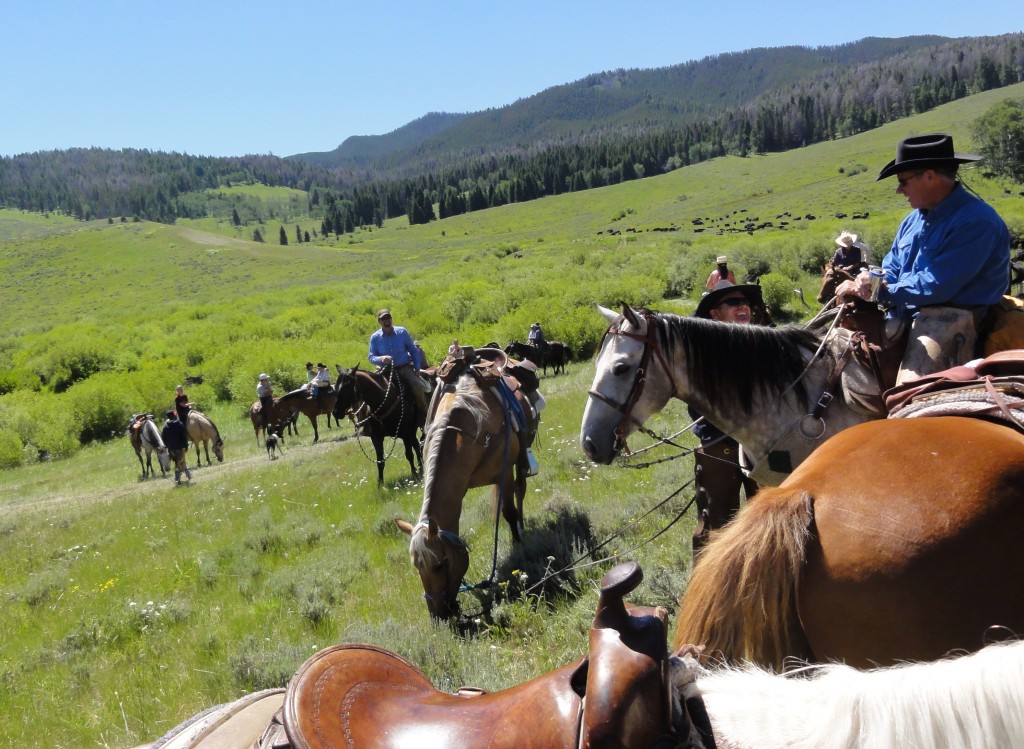 Our work is done. After the numerous groups of cattle and herders had successfully arrived everyone breathed a sigh of relief and one by one the horses were allowed to graze or simply stand, hind hoof cocked and relax. 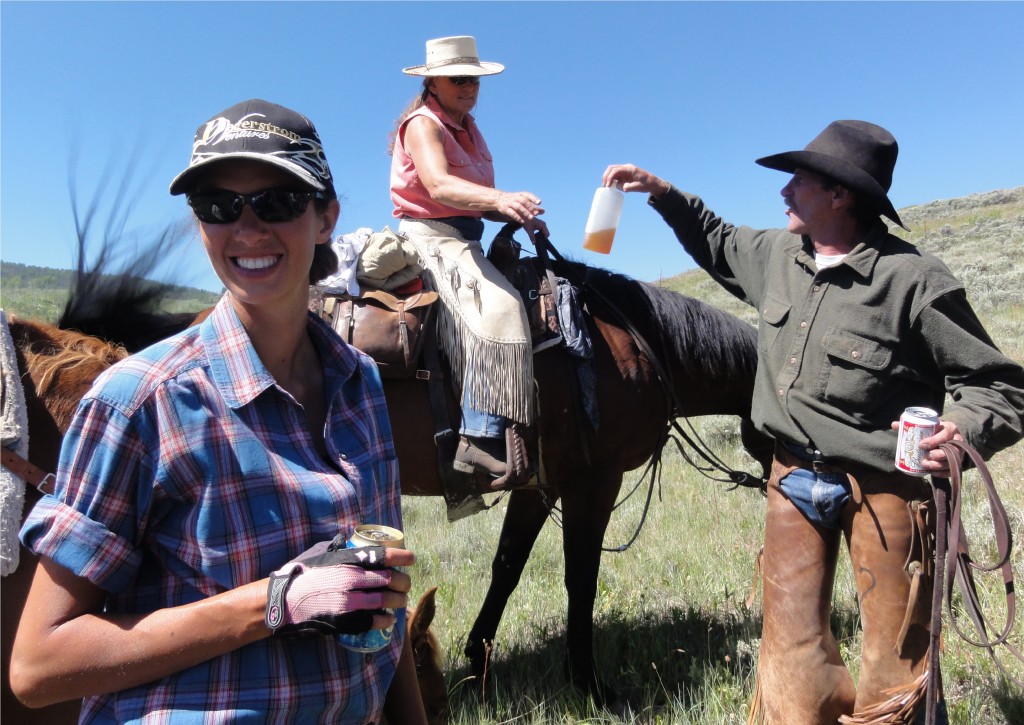 After a successfully moving 2,000 head of Angus cattle it was now play time! 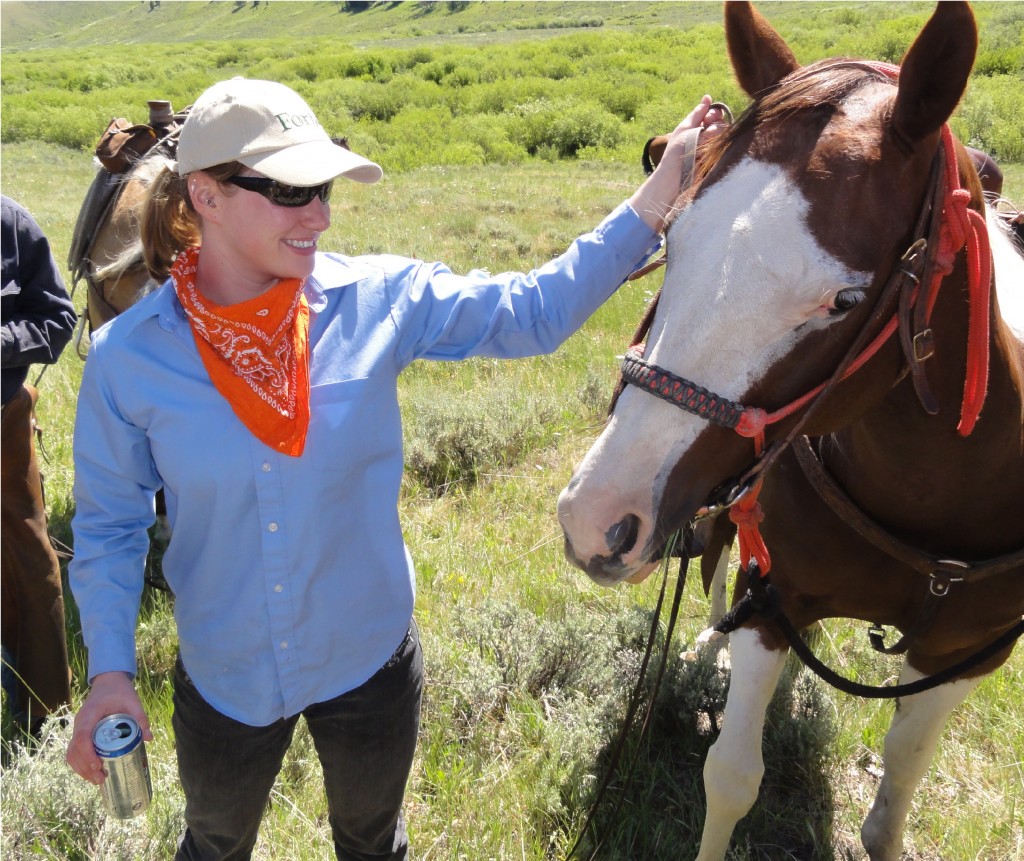 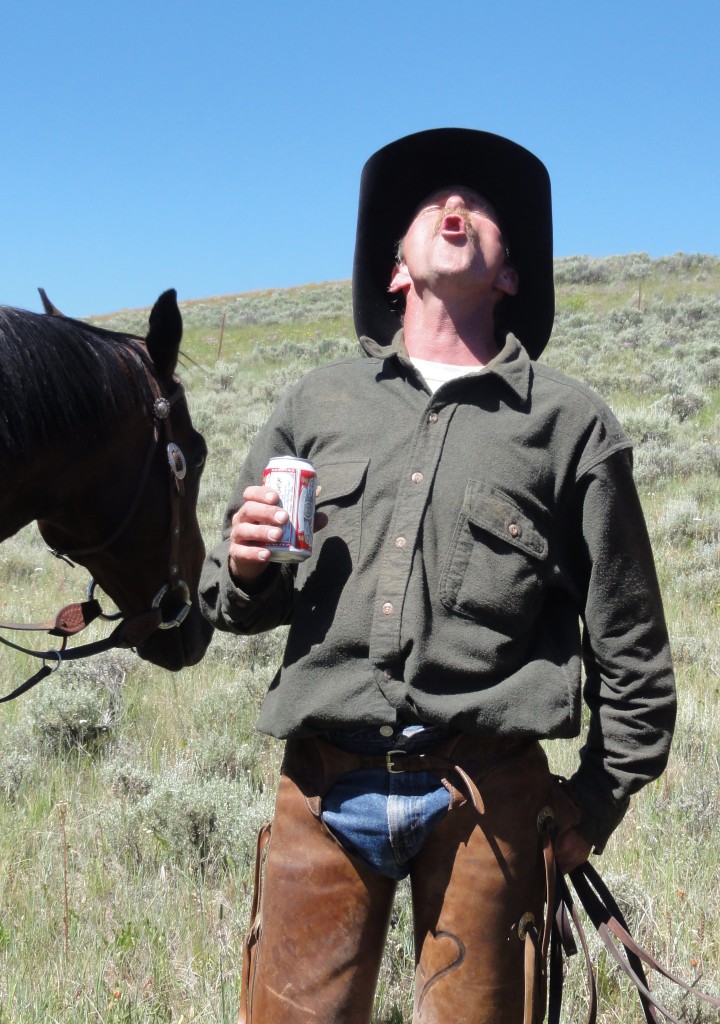 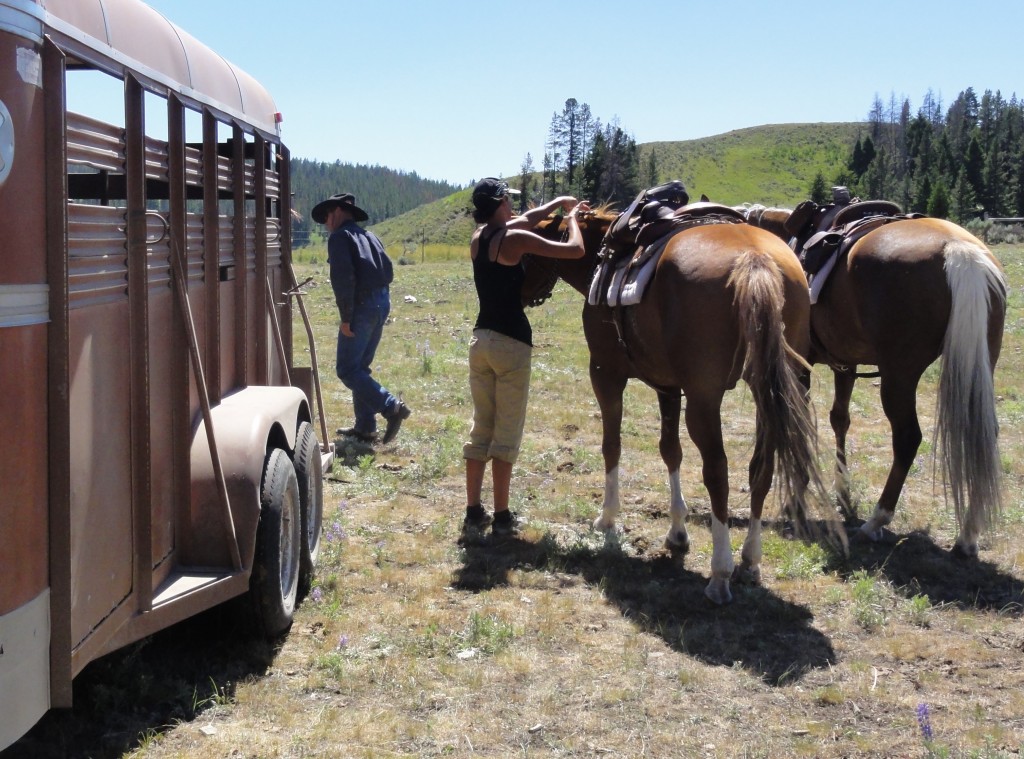 Tending to our equines after their long day of work 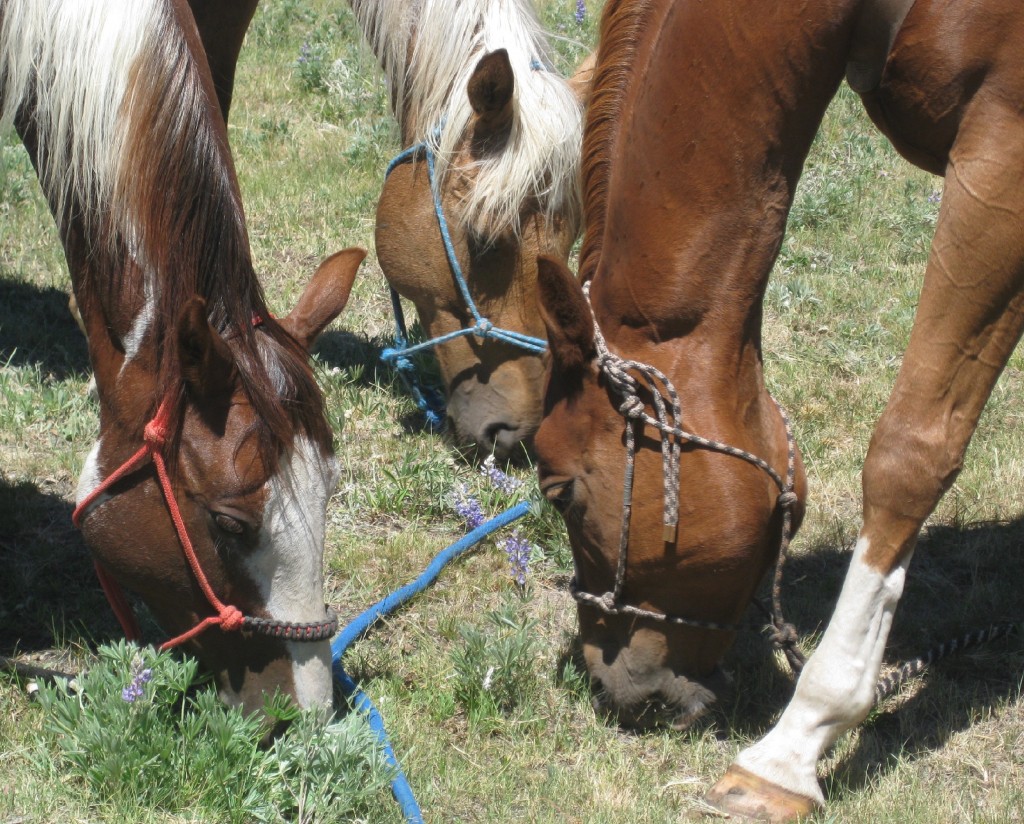