Today was a big day for us! We were preparing for our biggest climb of the trip. It was going to be 4,500+ feet to Granite Pass and it was already heating up when we left our campsite at 8:30am. 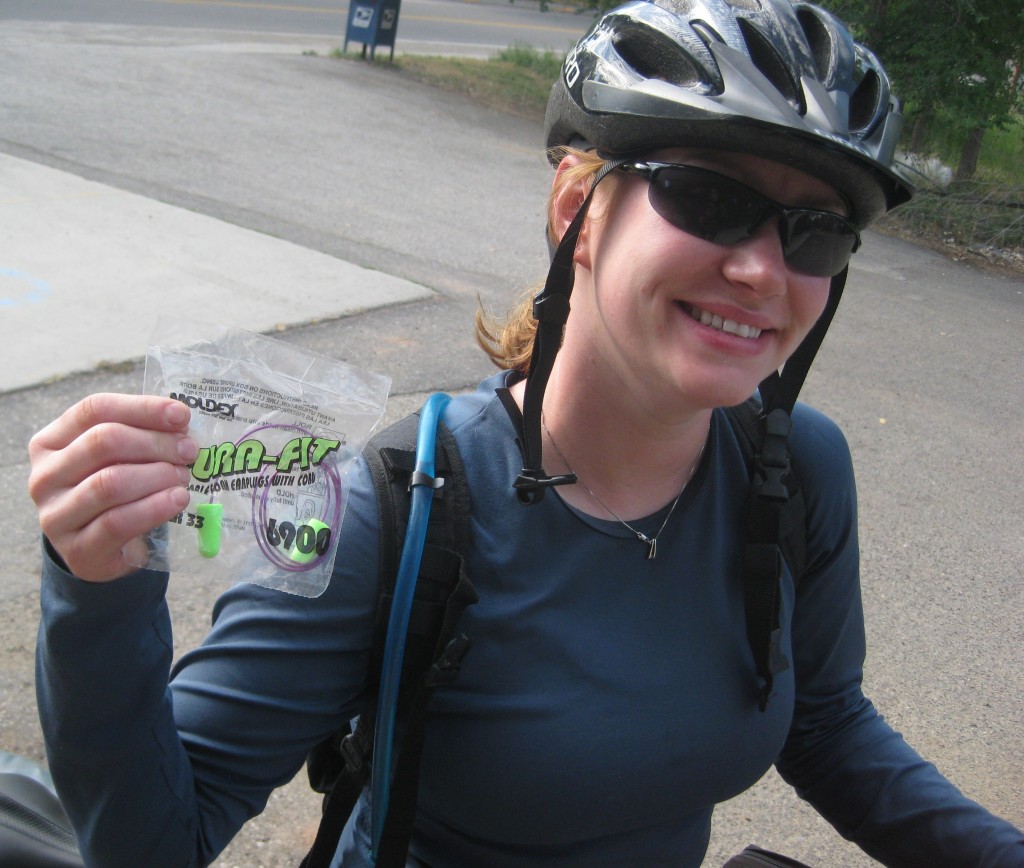 Jess had been wanting a new set of earplugs. All she had to do was pedal. 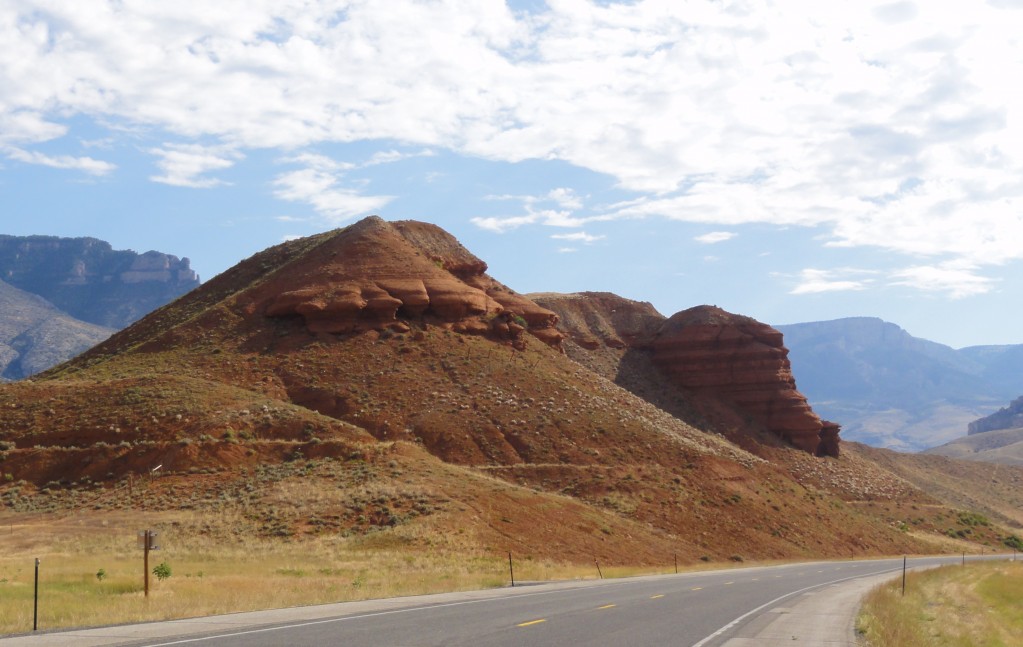 Taking in the scenery

Getting creative with roadside clutter

The first leg of our ascension was a dizzying array of sharp switchbacks and steadily rising inclines. We took many mini breaks, stopping to snap pictures and read historic roadside information. We were especially impressed with the formations in Shell Canyon. 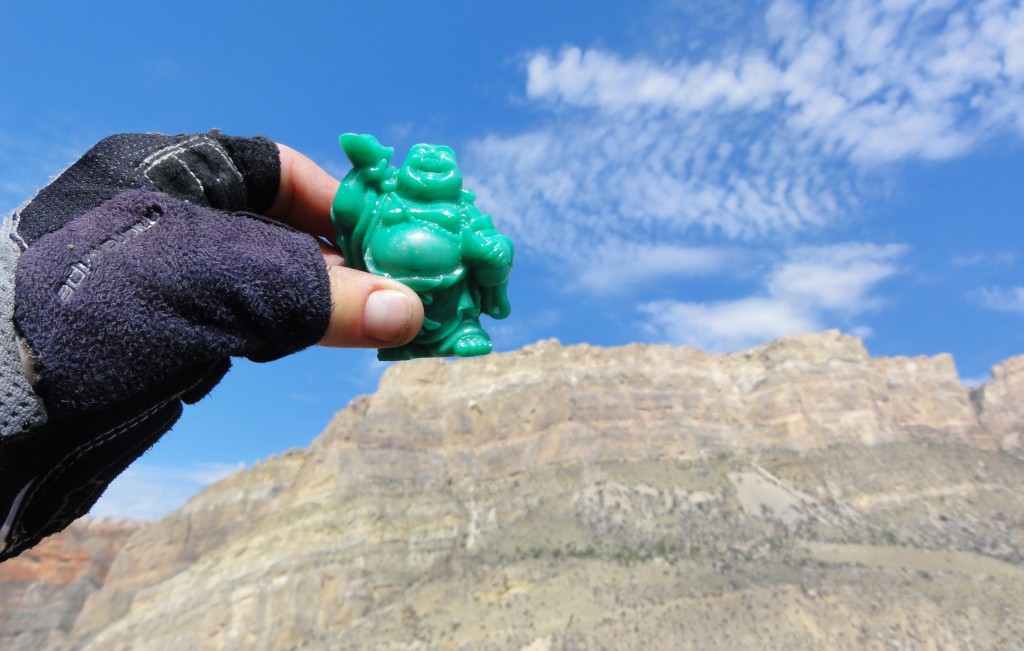 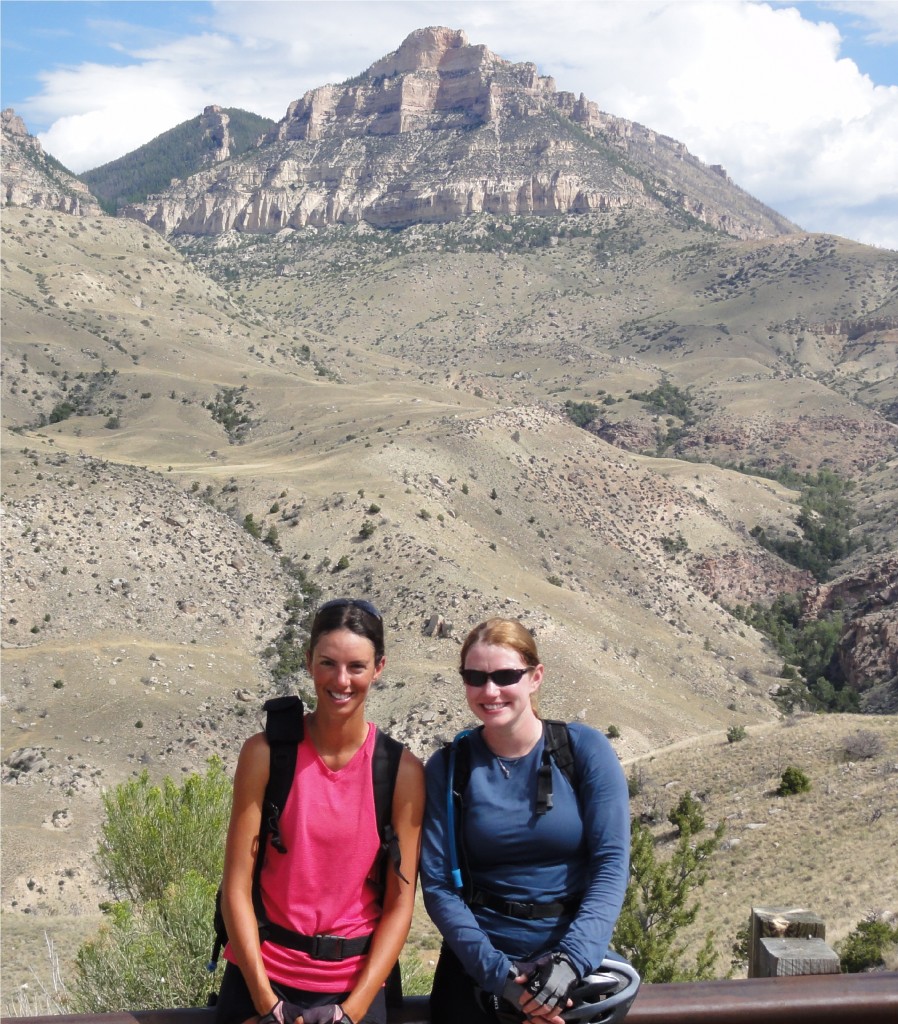 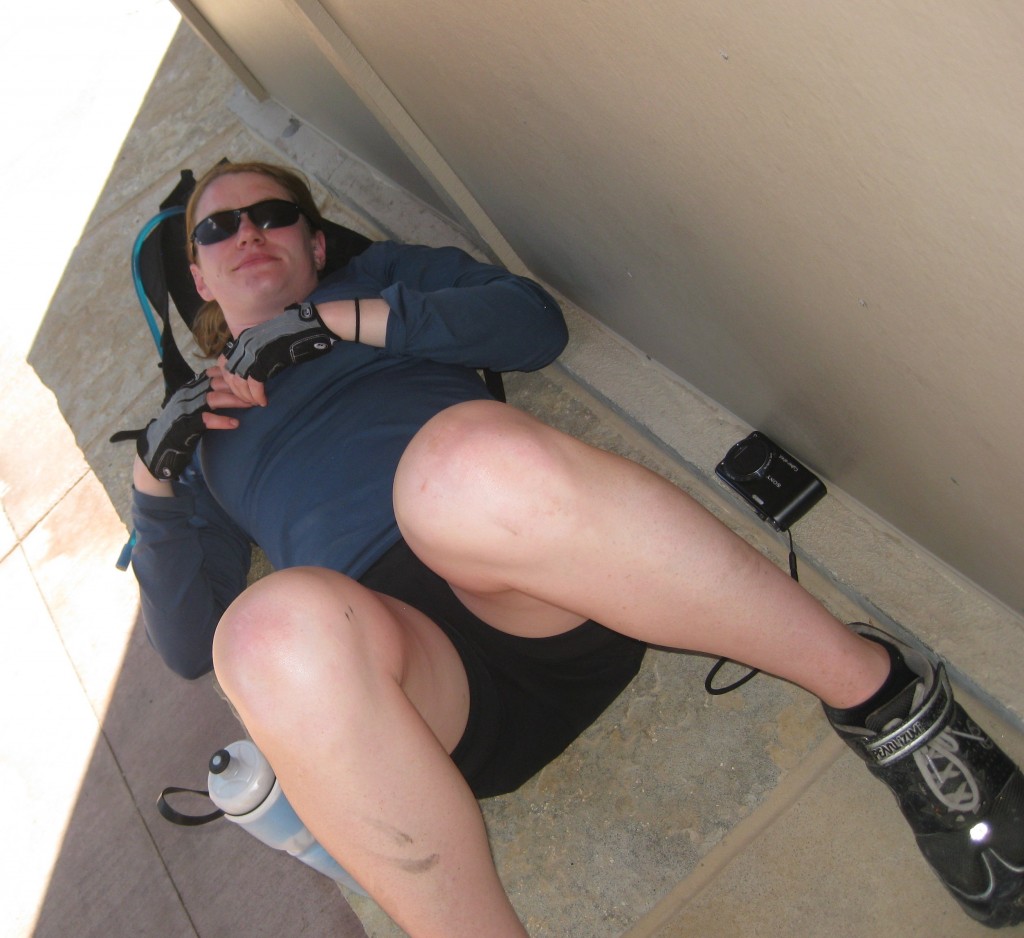 Jess and have become huge fans of power naps on this trip and are capable of taking them almost anywhere. All we need is a patch of grass or bench or cement for that matter and a backpack. In this particular case we stopped half way from the top at Shell Falls, a beautiful waterfall recreation and visitor center. Our second power nap took place just a few miles from the pass under an inviting tree next to the highway and a container of discarded french fries.

More than half way up our climb for the day we were feeling strong. We pumped one another up with shouts of positive words and excitement reaching our highest climb of the trip. At one point in a moment of ecstasy we pulled over and started doing push ups on the searing asphalt. Half way through our set a car drove by and someone shouted “You better save your energy!” We looked at one another. Maybe he was right…

Fast forward to a couple hours later: We were nearing the peak of Granite Pass but our exuberance from earlier had definitely waned. There weren’t mile markers this high and we were left to guess approximately where this yearned for peak should be. “We should be there by now!” I exclaimed in irritation. A couple hills later and I was seething with heat and fatigue induced anger. “Next living thing I see I’m going to kill.” I’m not sure why those aggressive words made me feel better, but they did. 100 yards later I pulled over to douse myself with bug spray to keep the mosquitoes at bay. I reached into my pannier and Jess’ eyes got wide. Then she confessed “for a second there I thought you were going for your knife!” Sorry Jess! 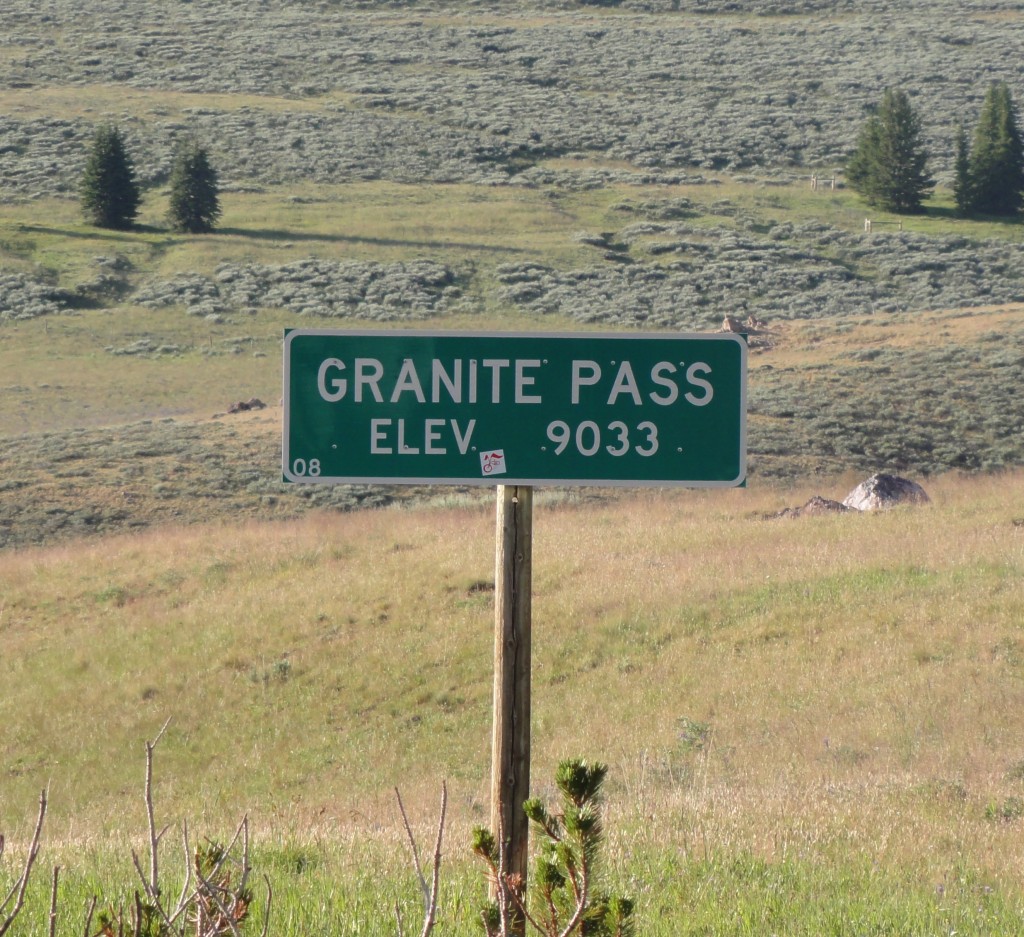 By early evening we had finally reached the pass. With a starting elevation of 4,210, we were exhausted and happy to be through the worst of it. We cycled past Burgess junction and settled in for the night at the first possible campsite. We slept like the dead.