Day 55 Land of the Eagles

I left my hotel with one mission in mind. To mail the keys I had absconded with back to my hosts in Montenegro. I had already contacted them and had their address in hand. I had also picked up a chocolate bar to mail with the keys. I always try to mitigate my mistakes with chocolate.

I found the post office easily enough, and between two lines I picked the one that looked the most likely to mail things. I got in line between three Albanian ladies and casually waited for my turn. An older man walked in and joined the ladies from the left. Then another couple people joined the mass that was forming around the small half circle opening in the clear panel separating us from the post master. Were these people already here or were they cutting in line? Another person joined in and peered over the divide, interjecting their question to the postmaster who was counting change. I was obviously missing something, as the crowd around the postmaster increased and I never made any headway to the front of the line. I had noticed people setting their effects on the ledge, a sort of spot holder. So in monkey-see-monkey-do fashion I plopped my notepad onto the ledge as soon as an arm width space opened in the bodies. I slowly inched forward until I was in the mass of bodies and waited until I made eye contact with the postmaster—a middle aged woman who wins the award for multitasking as she was clicking away on an old computer, making change, stamping official looking paperwork, and answering questions to those who interjected over the divide simultaneously. As soon as she looked my way I started with “ciao! Anglisht?” (English?). A little, she indicated. “I need to mail these keys to Montenegro.” I said as I dangled the two keys in front of me. “You cannot mail keys” she said honestly. I paused for a moment. “Can I mail chocolate?” I said as I held up the chocolate bar. She nodded yes, and handed me an envelope the chocolate with fit in. I sat down and while she was busy with the crowd I slowly inched the two keys off their key ring and inserted them into the chocolate bar packaging. I labelled and sealed the envelope and handed the parcel back to the post master. Nothing like a little contraband chocolate dealing to start the day off right! 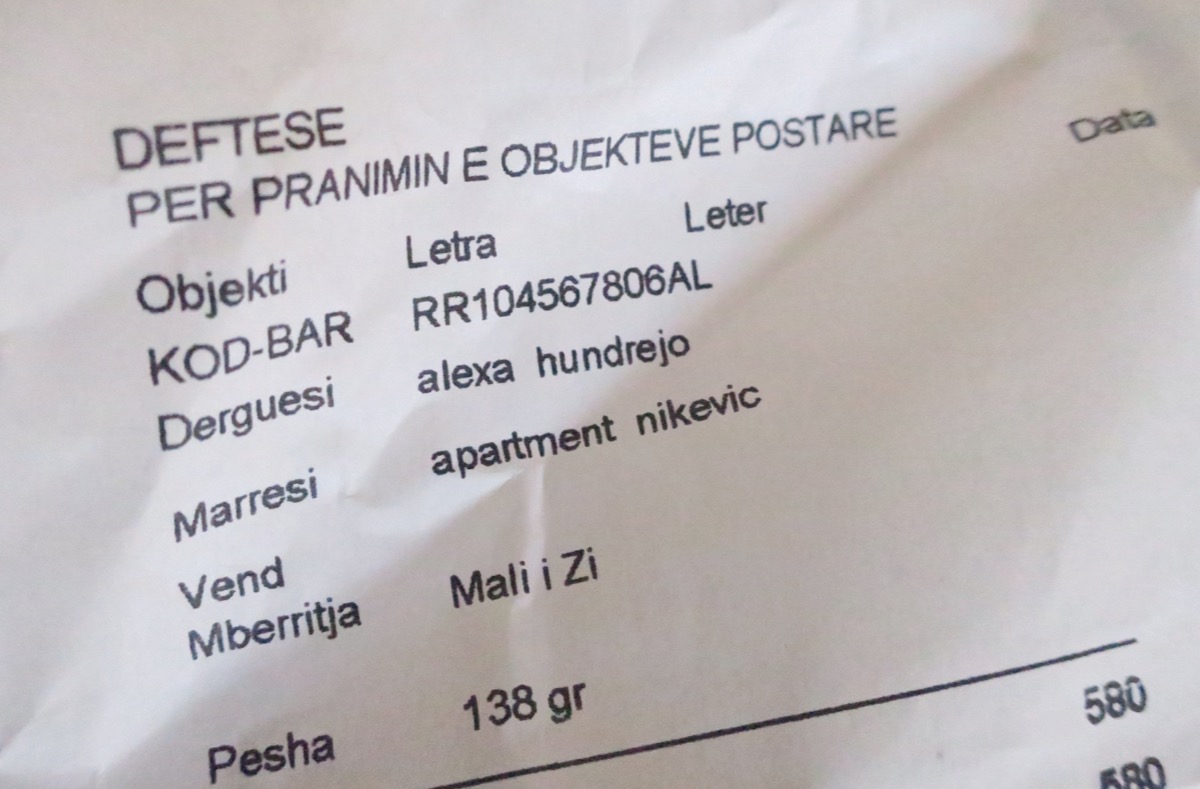 I departed Lezhë happy that the keys were on their way to Montenegro and happy to be back on the road. Instead of taking a day off in Albania I had decided to cut one long day of cycling into two, which allowed me to spend the night in the capital city of Tirana. I had a couch surfing host lined up and was looking forward to gaining some perspective on this fascinating country from a local. 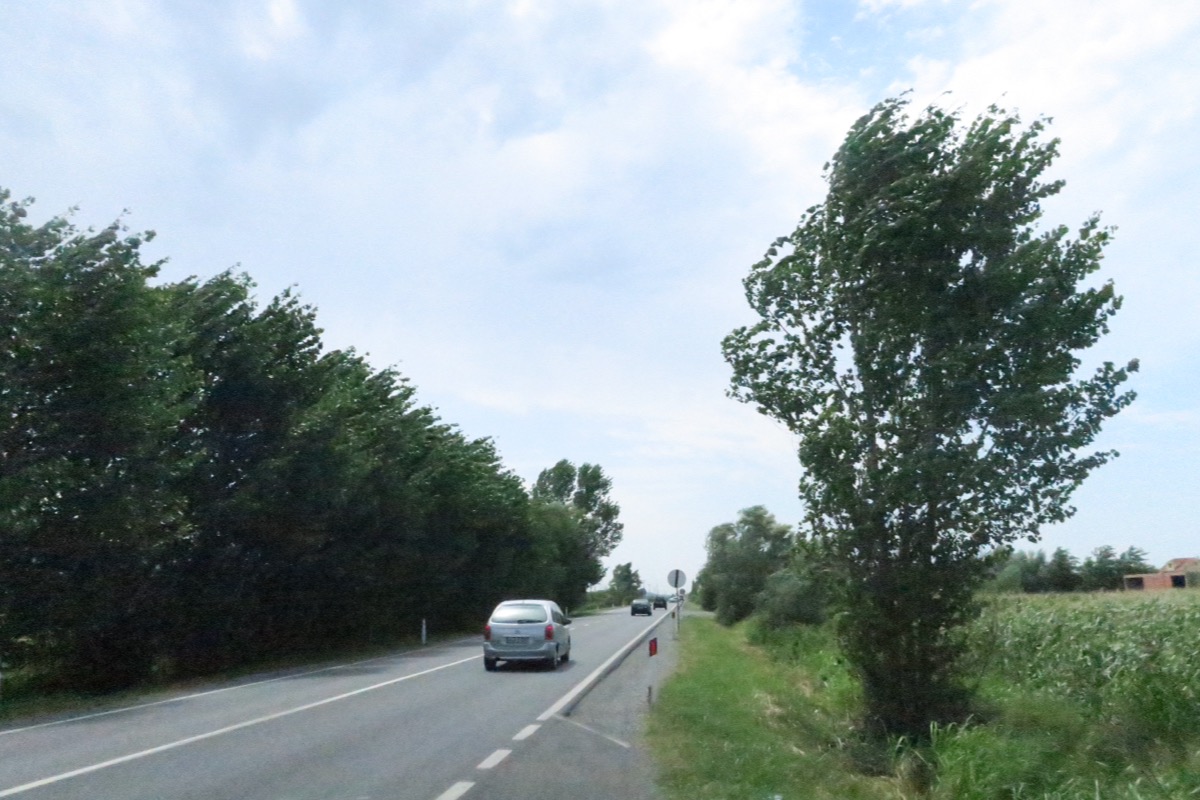 A windy cycle in Albania

I cycled south on a main highway which looked as if it would carry me directly to Tirana until I was met with an autoroute sign. Similar to what we had encountered in France and Italy, these signs very clearly indicated no bicycles were allowed. To be fare, horse drawn carriages were not allowed either. I pulled off the highway to reroute.

About midway through my cycle my stomach began to growl and I started scanning for a lunch spot. I found kafe after kafe but they didn’t look very promising for a substantial meal. Finally I spotted a banner for a restaurant and veered across the road. A bright yellow building with an outdoor garden seating area and bar looked inviting and the parking lot was packed so I assumed it was a popular spot. I smiled at the two kids who were playing outside and opened one of the big front doors. The restaurant was full and it felt like every head turned my direction. Long tables were filled with bodies in vaguely matching attire. I smiled awkwardly and shot the door, obviously this was some sort of event. I should probably go…

It was incredibly hot and even if I couldn’t eat here I needed water. I walked over to the two boys by the cooler of cold drinks and used my best Albanian one liner again asked “Anglisht?” One of the boys smiled and shook his head, pointing toward the restaurant while the other scampered off. A few moments later I was surrounded by a dozen or so Albanian children with their twelve-year-old ringleader taking charge. “Hi! What is your name? Can I help you?” came the bubbly questions of a twelve year old girl well versed in English. “Uh, yes, can I buy a water and an iced tea?” I said. She facilitated the transaction with ease. “So are you guys having a party?” I asked, making small talk. “No,” she said, “someone has died”. Insert foot into mouth. I said sorry and smiled awkwardly. “Would you like something to eat?” she said. “That would be great!” I responded. And she was off. Half of the children stayed and stared at me wide-eyed. One of the boys set a table for me in the garden and within a few minutes my translator was back with a tray of food. “This food was made by my mother and my father” she said as she began to list off the contents of the tray; a soup, meat, potatoes, and a traditional Albanian corn bread dish called Bukë misri. “This is for you and we won’t take any money. Thank you. I will go now. Goodbye!” and she was off. I sat in the garden by myself, a few of the children remaining to stare as I enjoyed the meal before me. I was almost finished when the front doors of the restaurant opened and the crowd of funeral guests began spilling out. A line of family members formed for a solemn shaking of hands, and at the end of the row stood a man with a silver tray of cigarettes. Many of the men partook and began lighting up in the parking lot. This main walkway was between me and the exit, so I had no choice but to remain until the crowd had dispersed somewhat. I couldn’t eat everything so I left a note which said “Thank you for your hospitality!” with a few euros. I hope the ringleader would convey the message to her parents. I left never having interacted with an adult and not knowing who to thank for preparing the delicious meal. But I was thankful nonetheless! 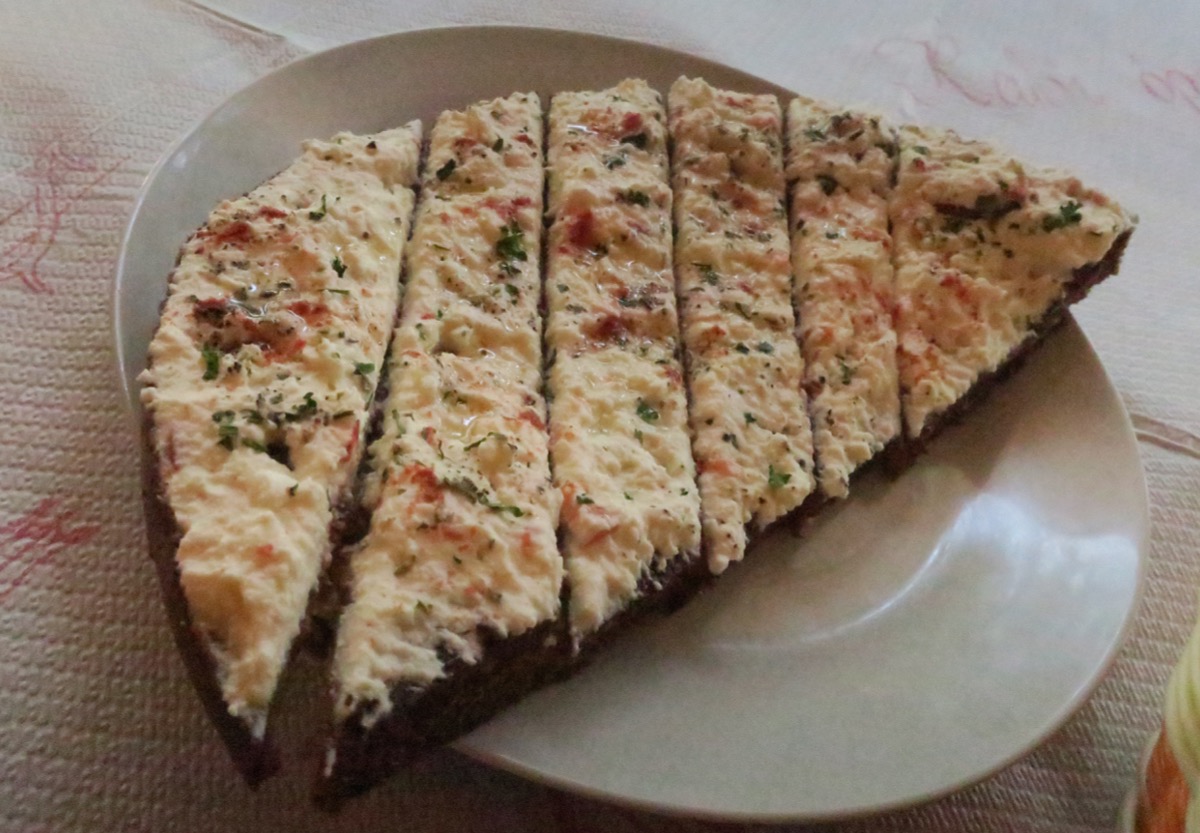 I arrived in Tirana earlier than expected and relaxed at a kafe until it was time to meet my couch surfing host Dorian. A radiologist at the local hospital, he soon divulged that his real means of income was online how to videos for phones and other devices. As he explained to me, economic opportunities in Albania are very limited.

We had a great night out in the capital, to include a dinner with friends where we ate lamb with our hands and drinks out at a lounge with a bright central fountain. At some point during the night we got to discussing the Albanian flag—which I think is one of the most beautiful and bold flags in the world—and they went about finding me a shop to buy a shirt with the black two headed eagle image. The image comes from the meaning of the country’s name Shqipëri (Albania) which means land of the eagles. 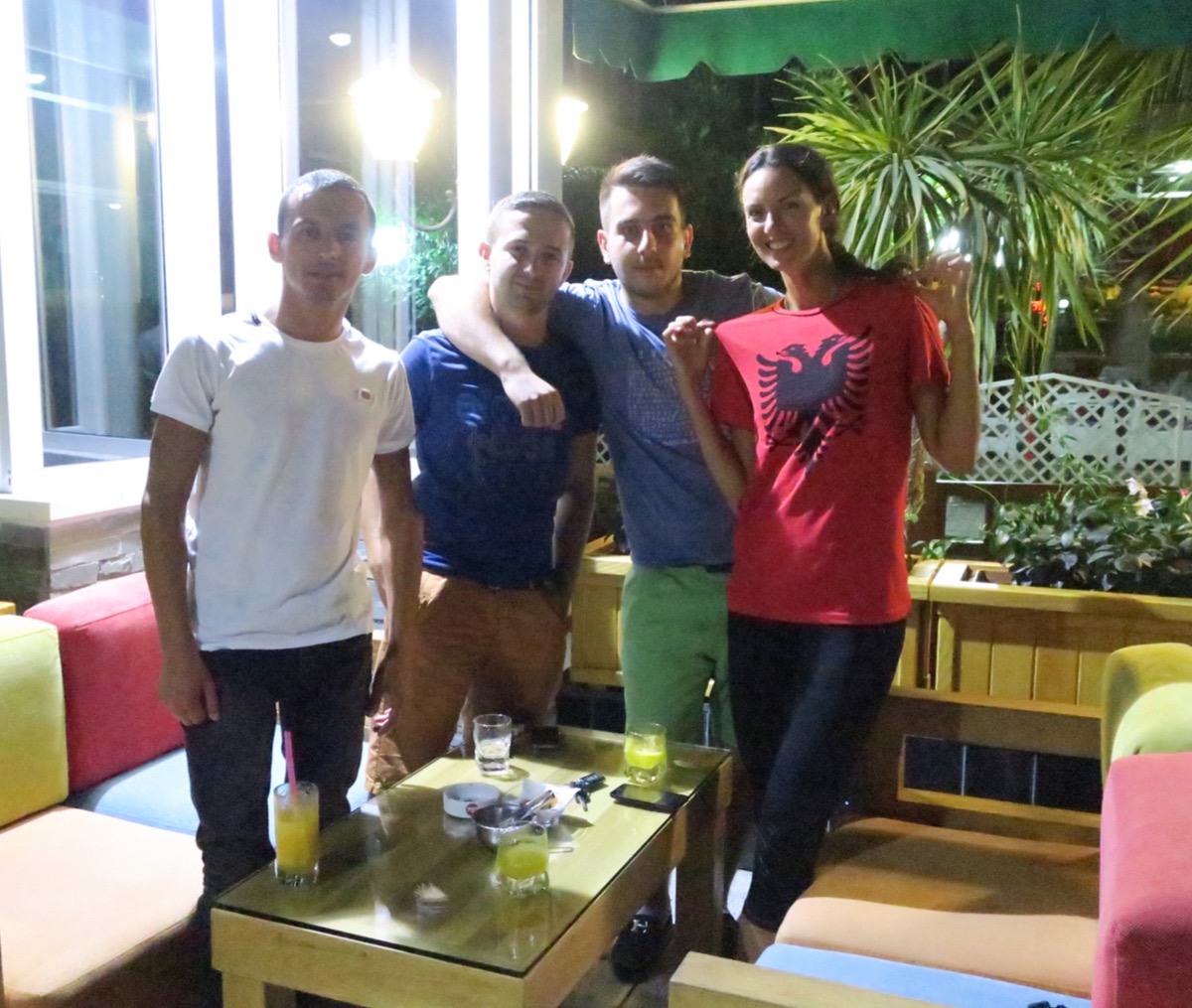 Drinks with my Albanian crew