Day 22 All Roads Lead to Rome

There was an air of excitement as we packed our panniers this morning. Today we had our sights set on Rome; one of the most famous cities in the world and definitely a bucket list destination. Arriving in Rome felt like a mark of success, a right of passage as a touring cyclist after all the roads we’d traversed and all the cities we passed through. It confirmed that we were well on our way to Greece and that nothing can stop us.

As we were staying a couple miles out of town, we cycled into Montalto di Castro to forage for breakfast. The town felt asleep so we stopped at the one bakery that was open. The baker seemed a little grumpy (maybe because we didn’t speak much Italian?) but we politely paid for our croissants and drinks and sat down at a table out of the way. A few minutes later he silently appeared with two freshly made, custard filled pastries for us as a gift. We accepted the peace offering with the appreciation that is apparent in any language. 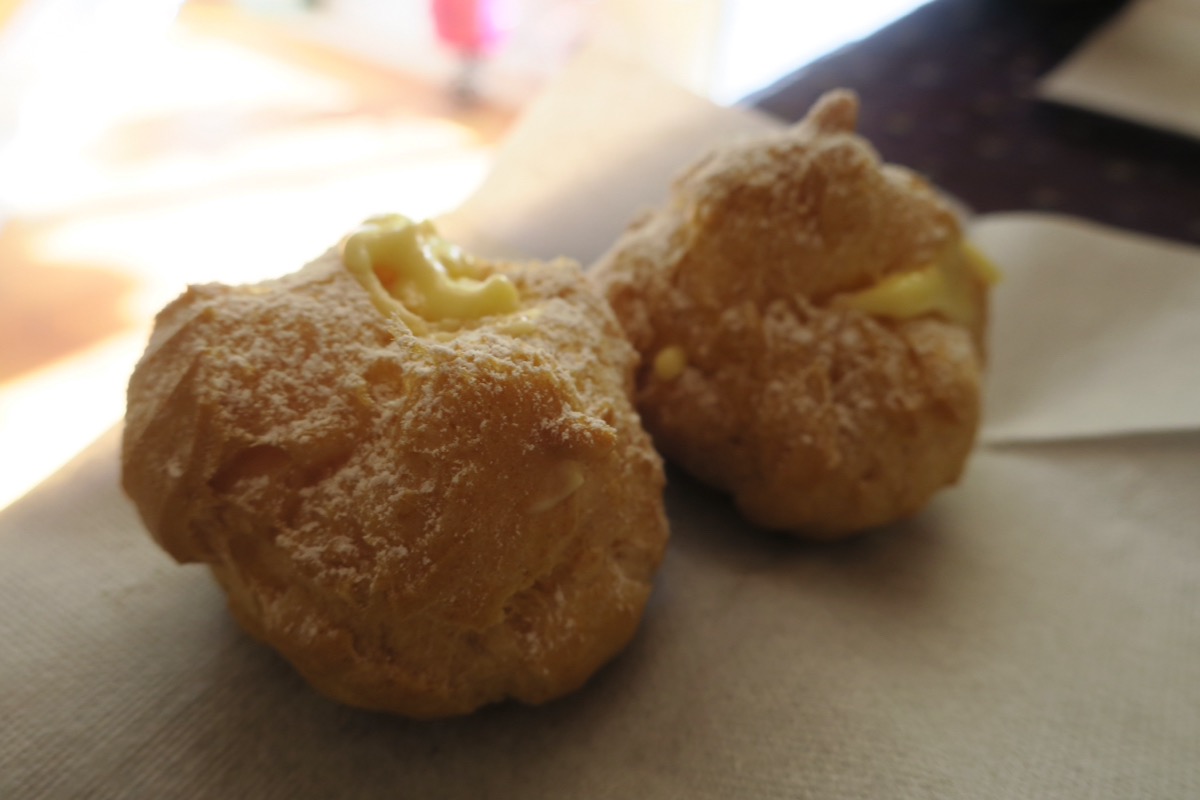 Having been traveling inland since before Pisa, we were looking forward to reuniting with the Mediterranean today. Not only does being on the sea increase our odds for cooling breezes as we cycle, but just seeing water is mentally refreshing and invigorates us in the heat.

As soon as we reached the waters edge we decided to jump in. Having worn our swimsuits under our cycling gear we began our swimming transformation: helmet off, shirt anf shorts off, sarong around waist, aviators on, flip flops traded for cycling shoes. We are the Clark Kent of cyclists, and we don’t even need a phonebooth. Voila, we are beach fabulous! We only look mildly out of place with our stark cycling tan lines. 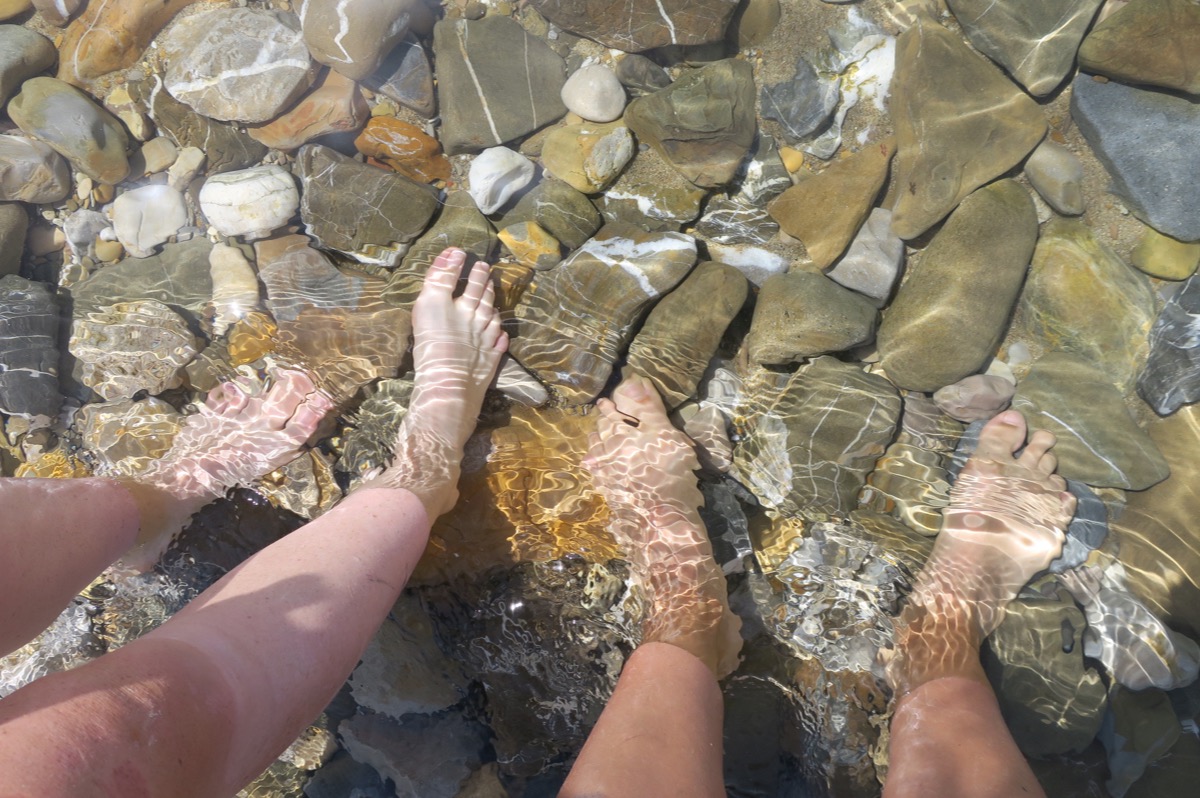 Reunited with the Med

Craving something refreshing we walked up to the cafe nearby and ordered iced green teas and a bowl of mixed fruit. The edible art we received was quite the surprise. Apparently the resident fruit artist was in the building. 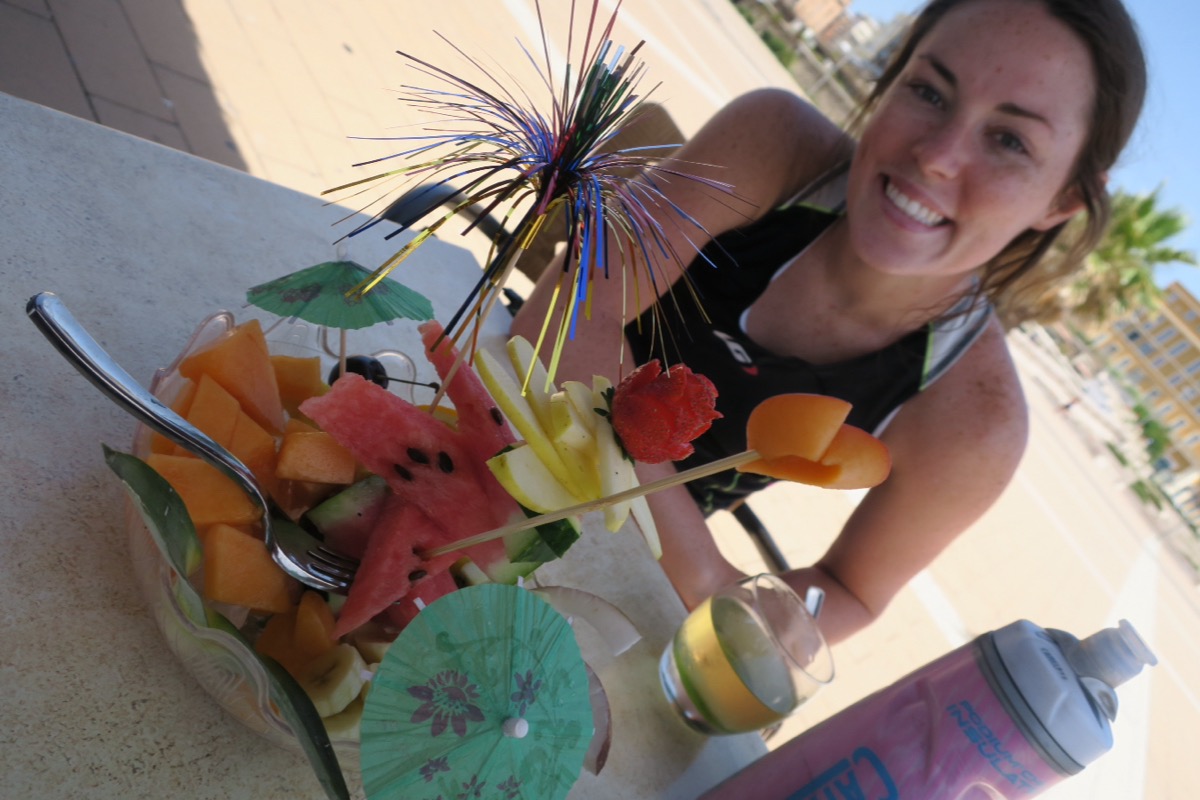 Transformed back into cyclists and again on the road we were energized by thoughts of arriving in Rome. I have traveled quite a bit, but somehow hadn’t made it to this iconic city. Images of aqueducts, gladiators and colosseums came to mind. We flew on our highway guided by many blue signs assuring us we were heading towards Roma. After all, all roads do lead to Rome. 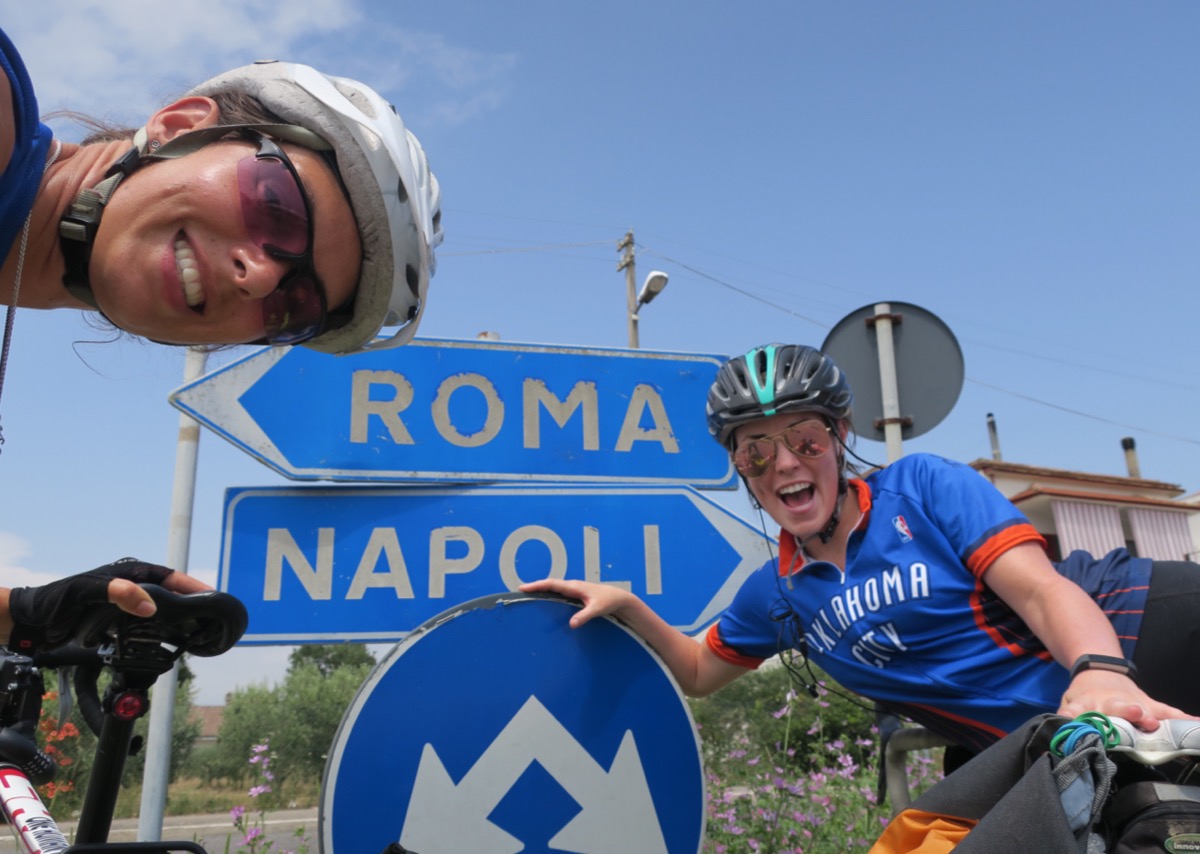 All roads lead to Rome

For lunch we stopped at a pizza place which looked to be frequented by locals. Under the glass case were a variety of oblong pizzas, of which you could indicate how big a chunk you wanted chopped off and you paid according to weight. We opted for some slices of one with zuccini and one with mushrooms. It was the best €4 we spent on the trip. 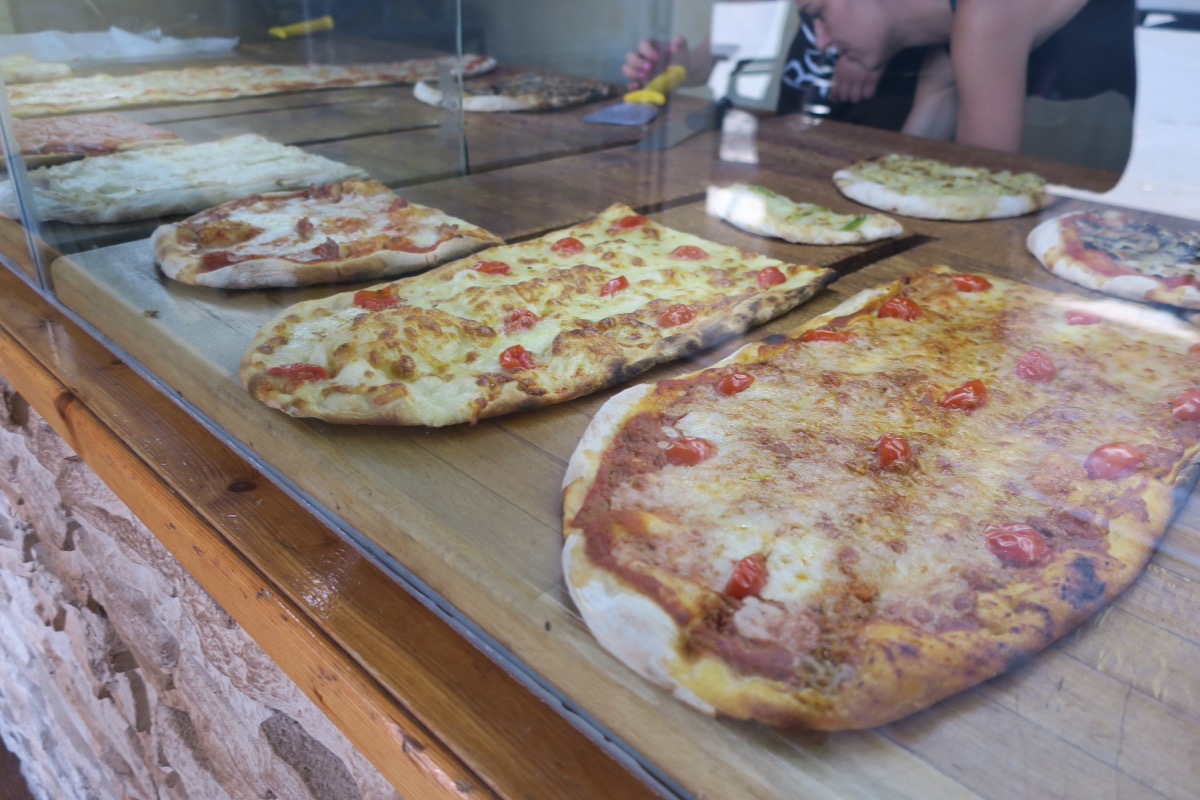 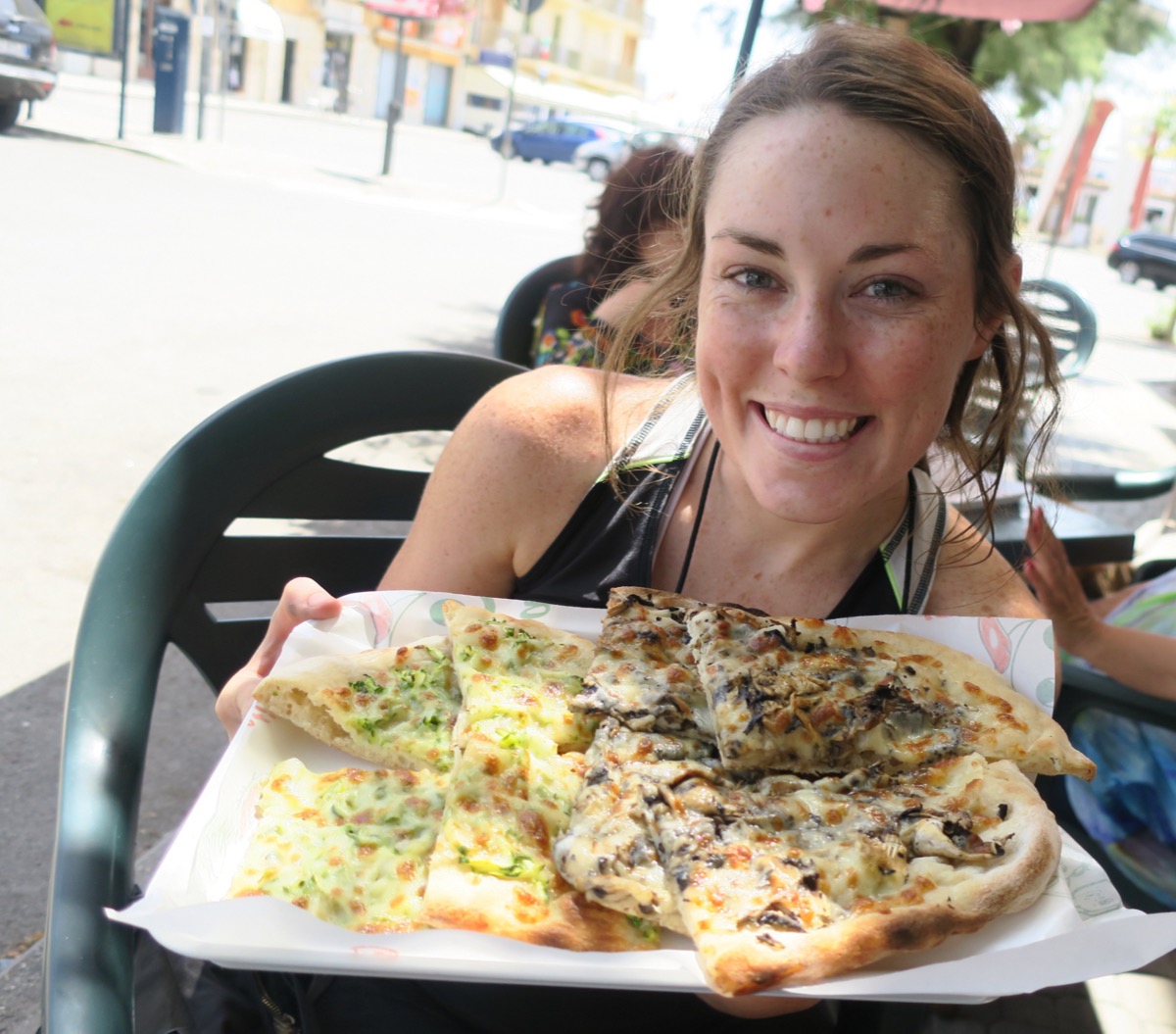 Our last stretch until Rome ahead of us, we hopped on our bikes and pedaled onward. We had been on the same highway for most of the day and it had been good to us, but as we neared Rome is became hectic. Higher speed, more vehicles, large smoke billowing trucks, and very little shoulder. We pulled off and rerouted through a different road in the direction of our hostel. Traffic was still dense but at least it wasn’t flying by us interstate style. Welcome to rush hour traffic in Rome! 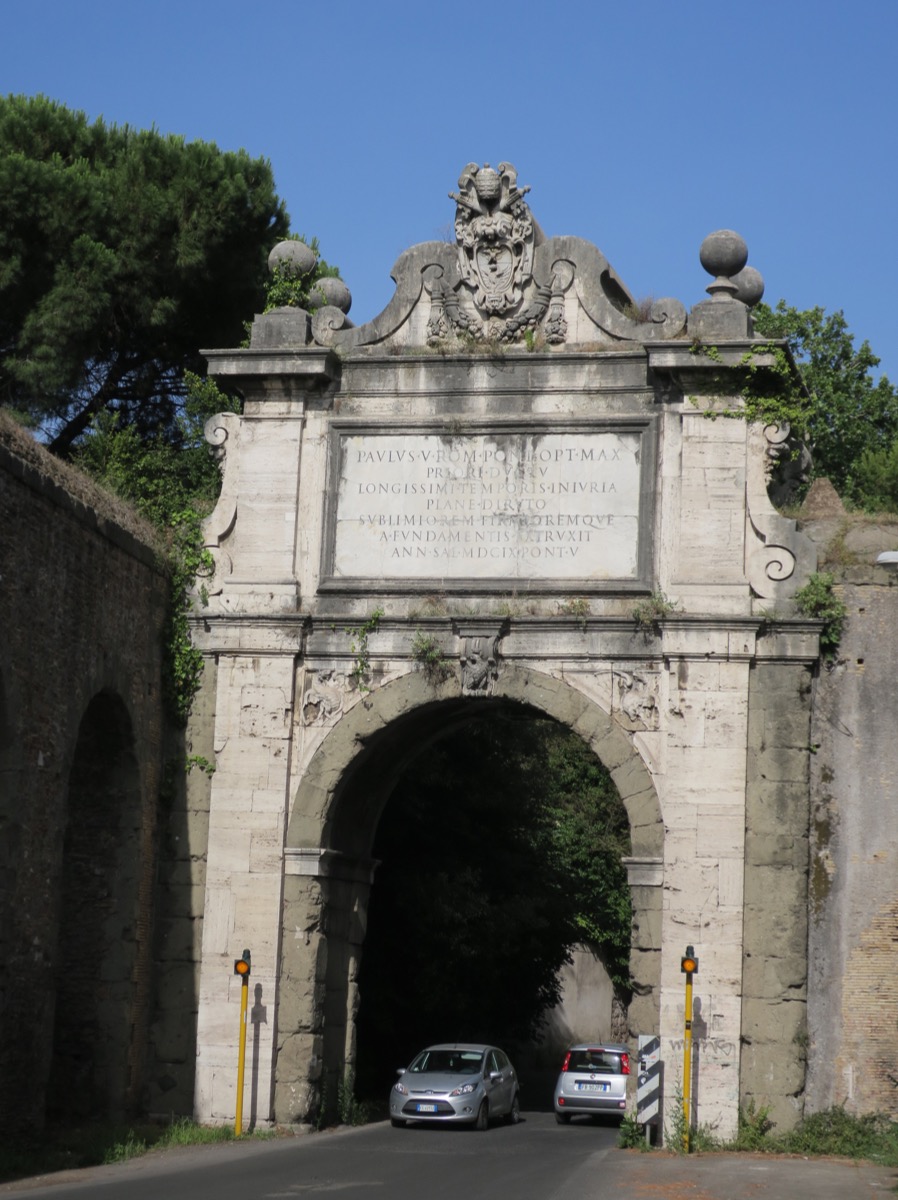 We managed to work our way through the large congested intersections and roundabouts and find our way to our hostel. Arrival in Rome felt like home because we had the next two days off to explore. This would be the only time this trip we would stay in the same place three nights. Home sweet Roma!