Two days off in Rome! It was surreal. We had become so accustomed to the daily grind of cycle, rinse, repeat that being in one place for several nights felt luxurious. We didn’t have too much time to relax though, there was so much to see!

Keeping our priorities straight, our first order of business was getting our bikes to a shop for a tune up. Our trusty steeds had carried us nearly 1,000 miles with the help of minor adjustments by our friend in Spain. But we had some climbing ahead of us in order to cross over the boot. We needed them to be well-oiled machines.

We dropped our bikes off at a well regarded shop not far from Vatican City. With promises that the bikes would be ready by the following morning we bid the shop keeper farewell and headed in the direction of the Vatican (country #5 of the trip!). We were officially pedestrians for the rest of the day. 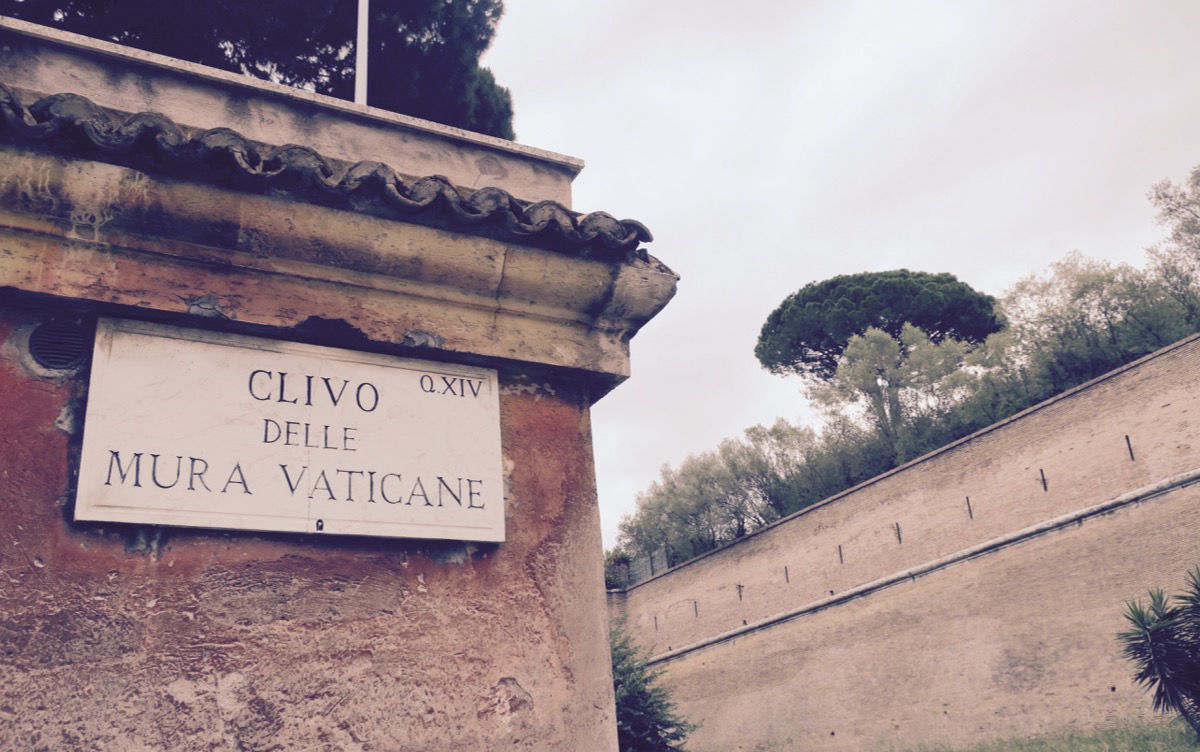 After an hour navigating the maze of street hawkers, lines, and ticket booths we finally gained entrance to the Vatican Museums. We were most interested in the Sistine Chapel, but one had to arrive there via the extensive museum system, so we joined the swarms of tourists migrating through the museums as well. So far our experience in major Italian cities had been tourism on steroids, and The Vatican upped the ante by being even more congested. We felt a bit like feed lot cattle as we were herded through the sweltering one way museum system. That many bodies produces a lot of heat! 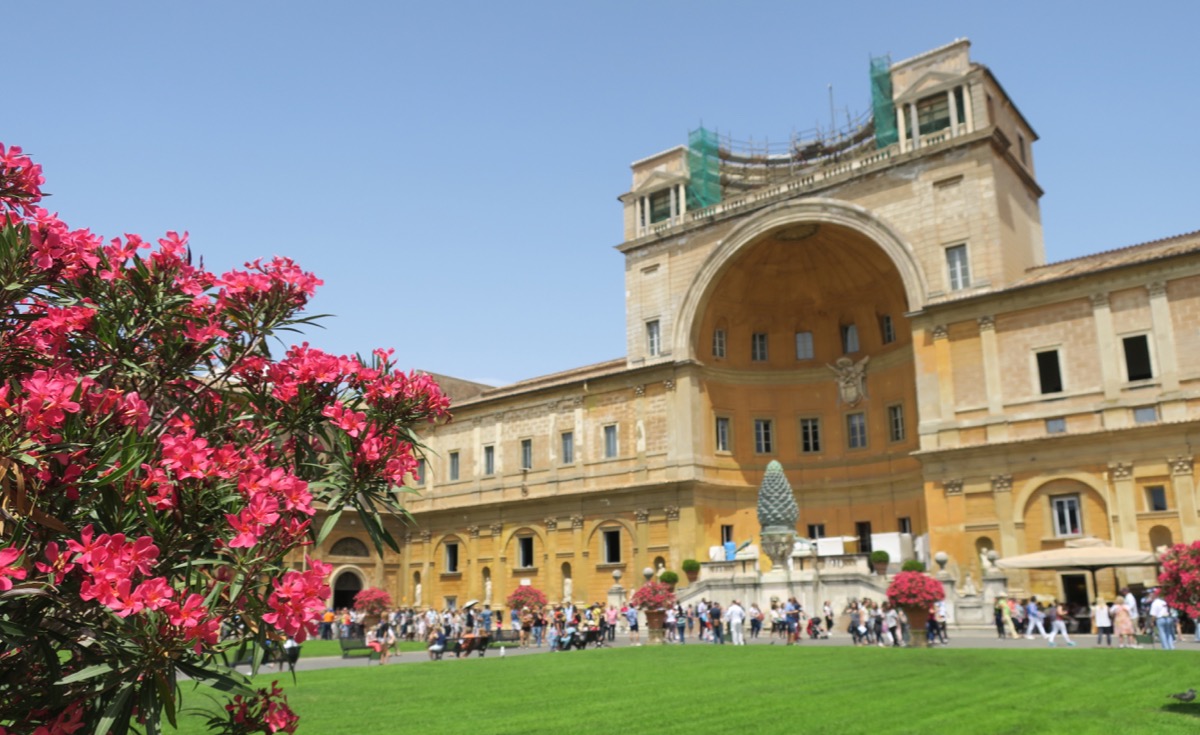 Catching a bit of fresh air in a Vatican Museums courtyard

We wandered through gallery after gallery, stopping to admire the sculptures, paintings and frescoes that abounded. It was an incredible collection of some of the world’s best classical scuplture and renaissance art, most of which was collected by various Popes over the centuries. 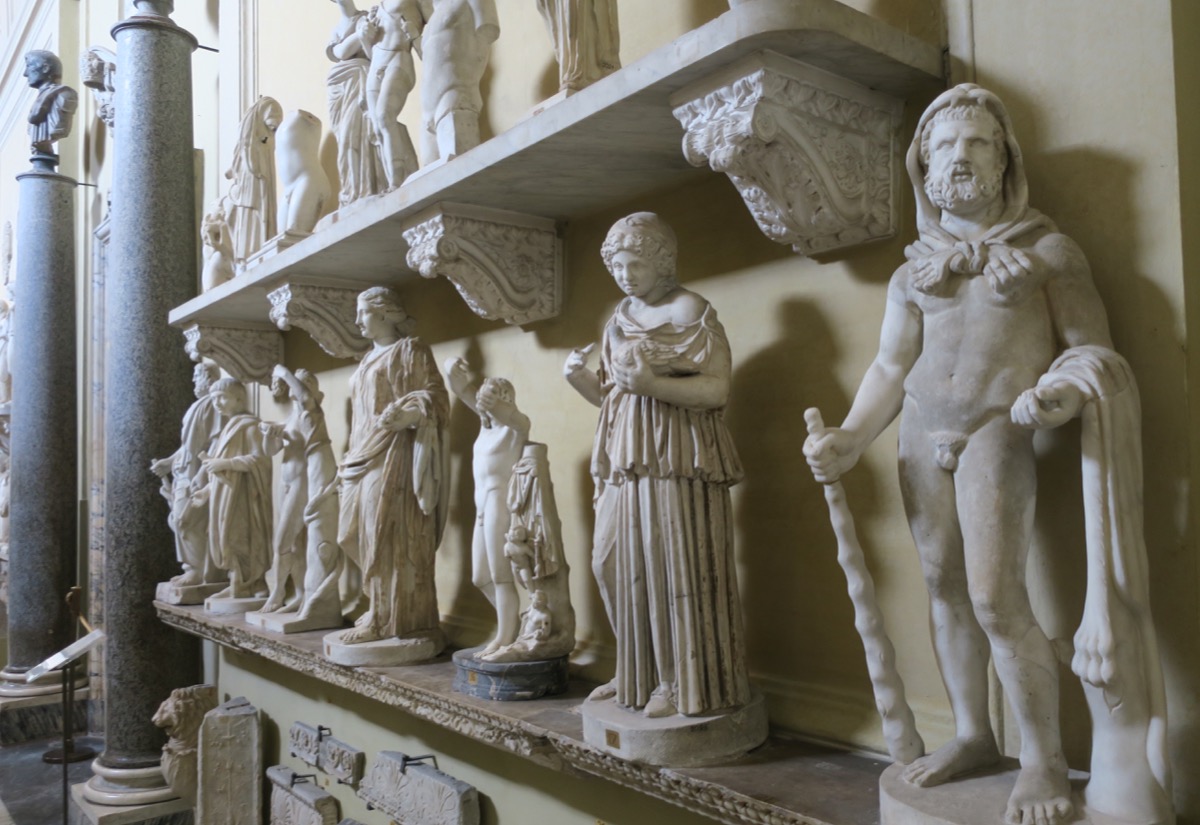 An array of marble statues 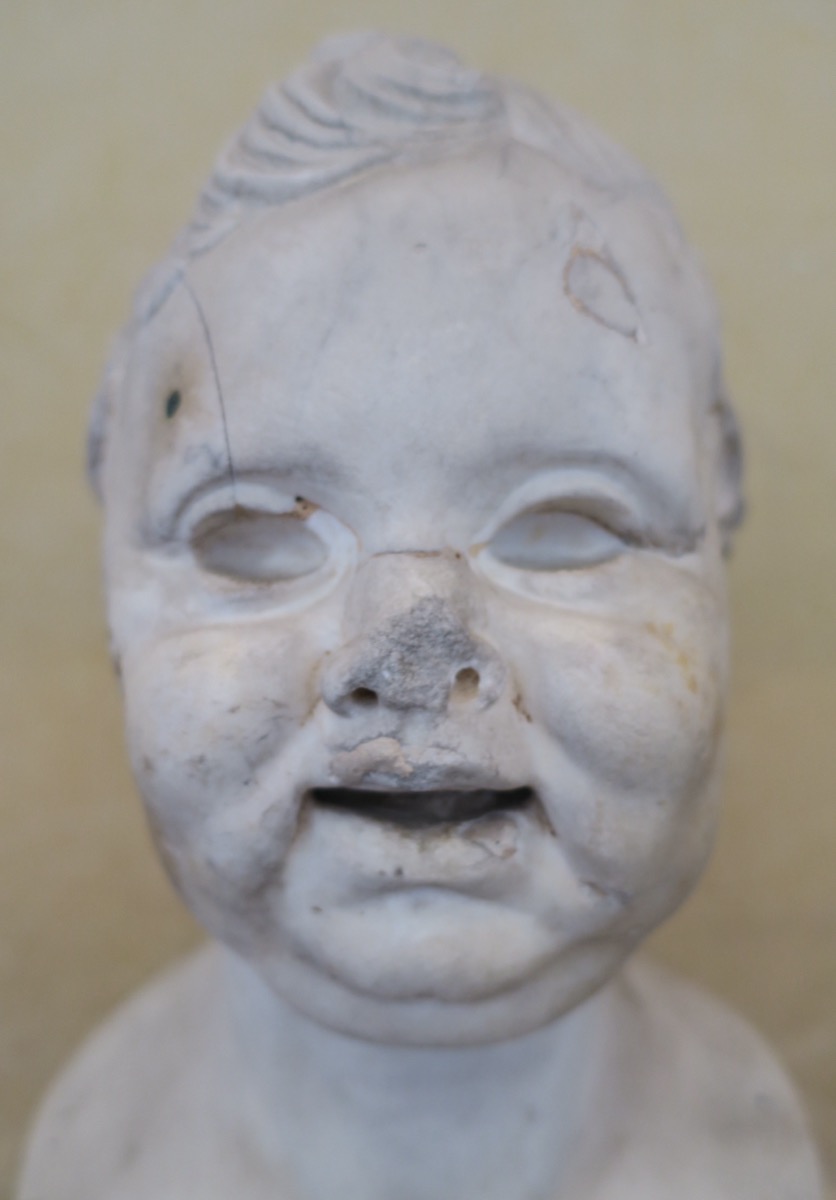 Creepy baby bust with no eyes 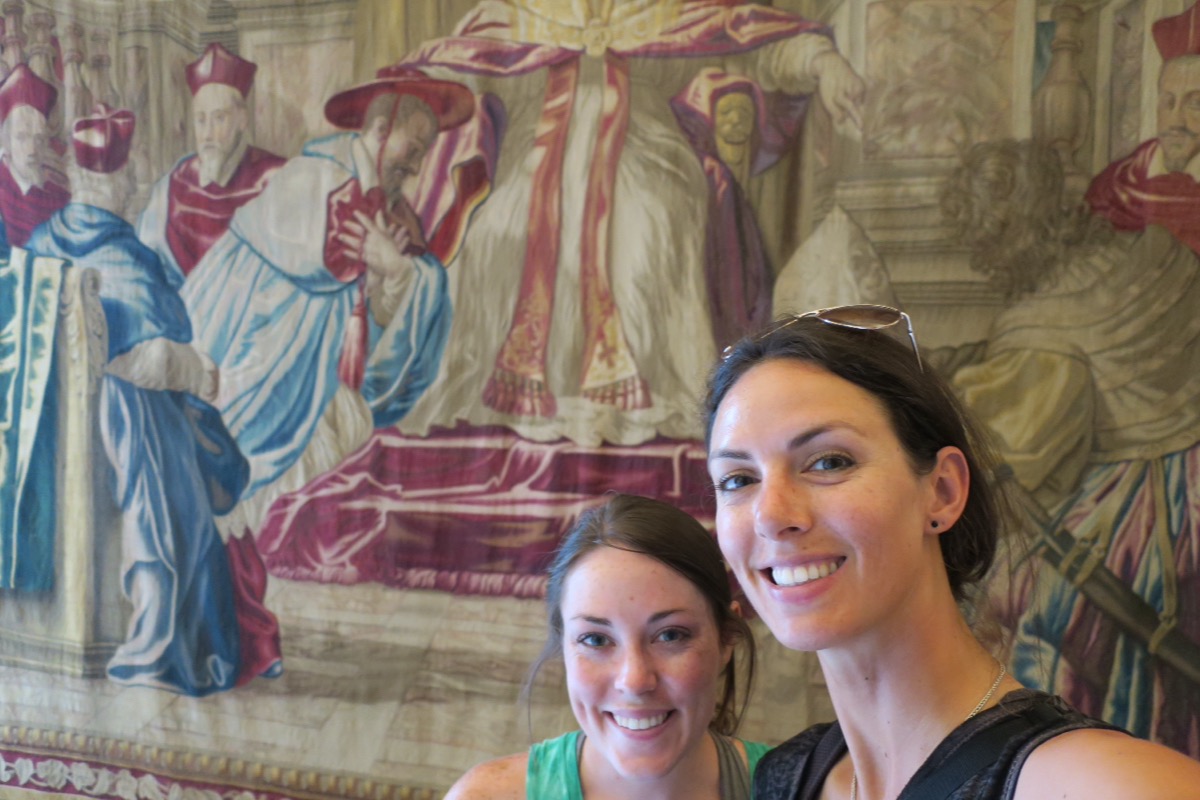 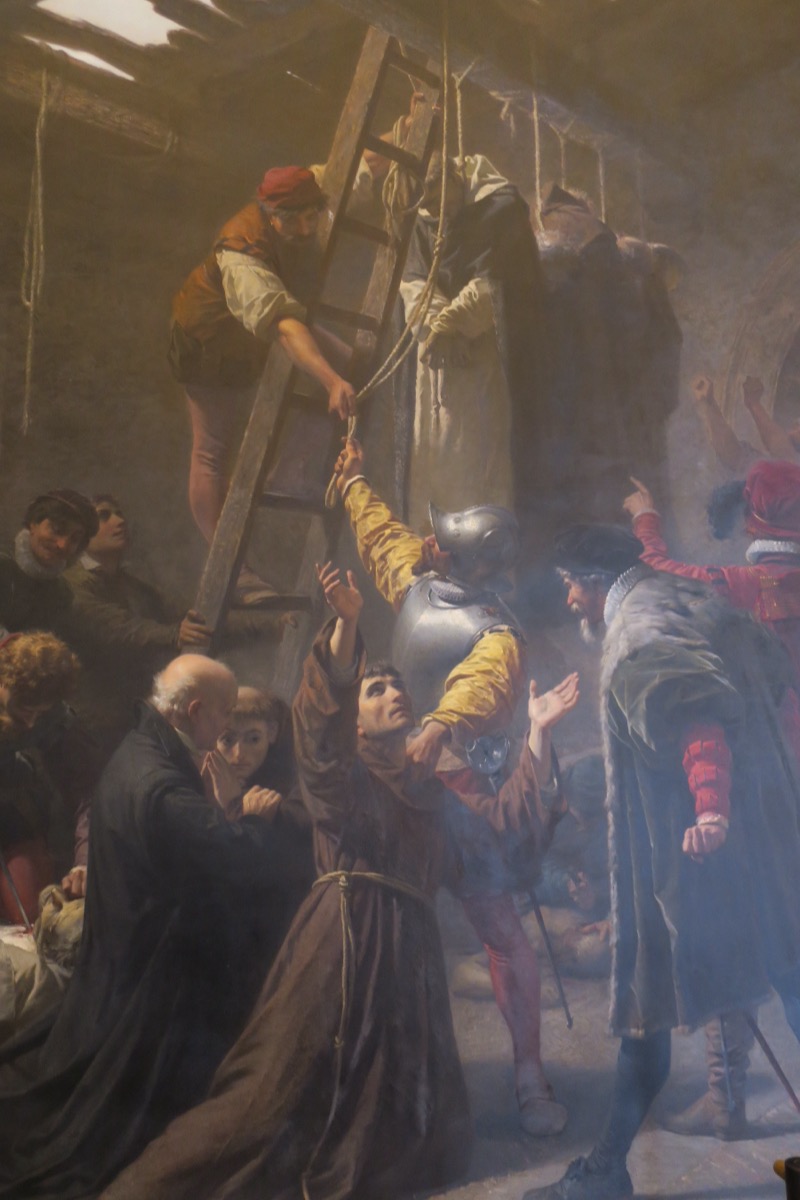 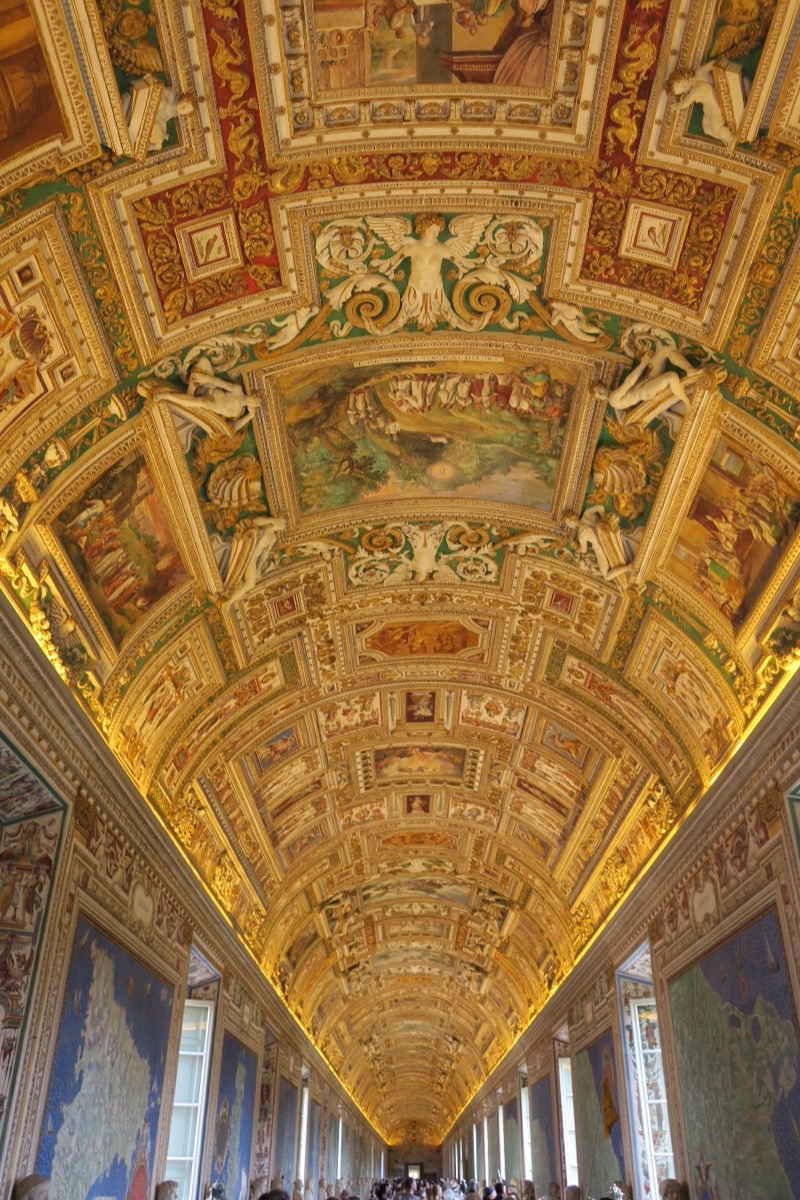 We had been warned just before entering the Vatican that shoulders and thighs need to be covered before entering the Sistine Chapel, as it is still a place of worship that requests respect. As such, we had picked up a couple shawls for a vendor that was quite disgruntled that I talked him down in the price. (Don’t mess with this seasoned negotiator!) Just before reaching the entrance of the Sistine Chapel we wrapped Bita in two gawdy scarves. She totally rocked them. 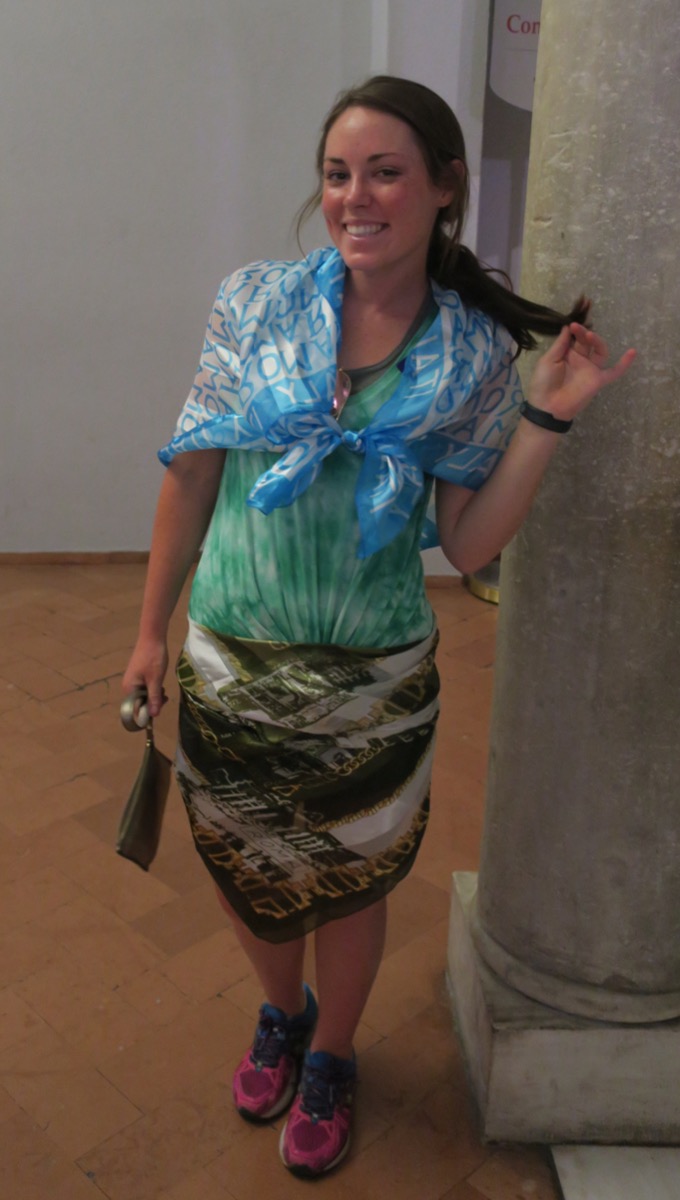 We put our cameras away and joined the lumbering herd of tourists as they migrated into the middle of the hall. Guards at the chapel’s perimeter chanted “be quiet, no photos” in gnawing repition. Our eyes gazed upwards as we attempted to take in Michaelangelo’s magnum opus. Fresco after fresco depicted historical and mythical events; the parting of the Red Sea, the Garden of Eden, the great flood. In the center of the innumerable stories was one of the most famous images in the western world; the Creation of Adam. It was even more grandiose than I had imagined. We craned our necks for twenty minutes in the swirl of bodies before we migrated toward the exit. There was so much more to see but our necks ached and we had more to do and see. I dreamed about staying there for hours, suspended in a hammock for ease of taking it all in. I can’t imagine the physical exertion involved in painting such beauty overhead. Michaelangelo craned his neck skyward for four years in order to complete this work. 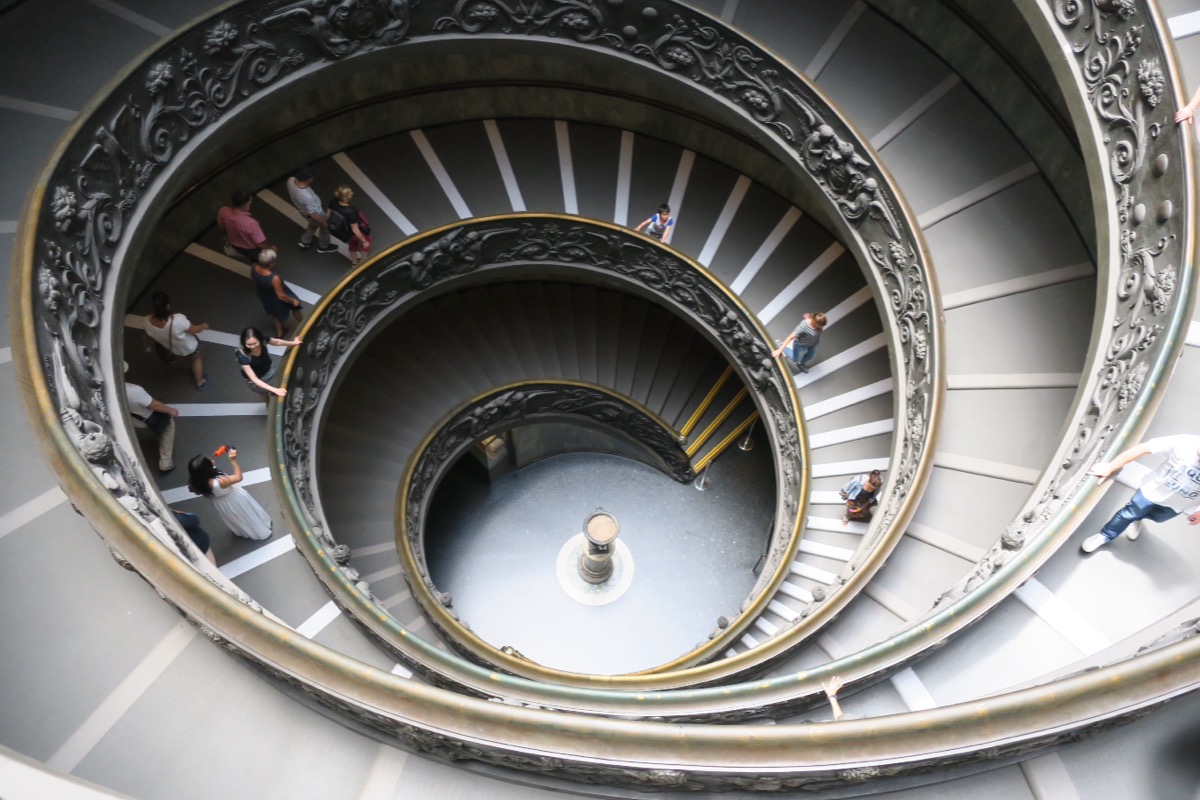 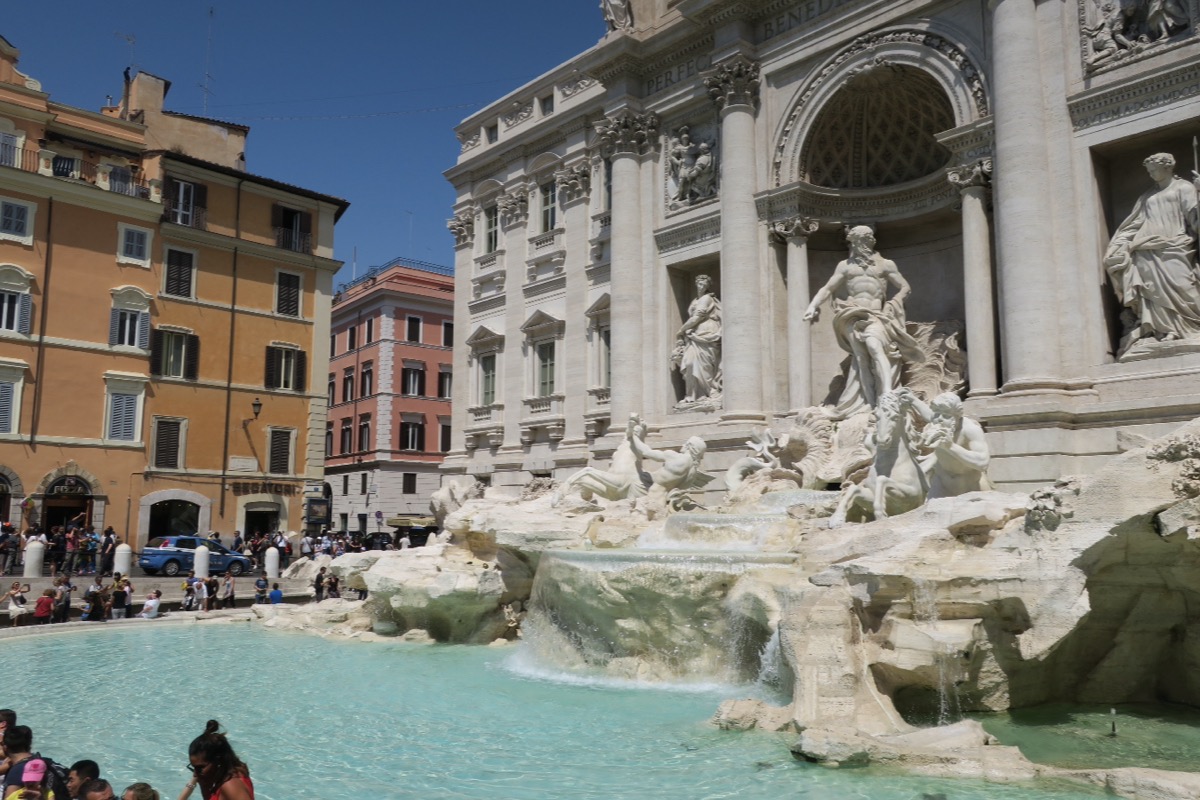 We were fortunate to see many sights during our two days in Rome. We joined the hordes amassed at the Trevi Fountain and threw a few cents in accompanied by our wishes, cycled along the Tiber River and admired the interior of the Pantheon. But perhaps no sight was more appreciated than the Colosseum at sunset. We cycled along it’s expansive walls towards dinner as the sun was setting, feeling one with the bustle of Rome’s streets. Due to excellent accidental timing, we were in Rome at the same time as two of my friends so we met up for dinner. “Anyone in the mood for Italian?” I joked. We caught up on life over bruschetta and a range of pasta dishes. It was an excellent two days off from the road, and we accomplished everything we wanted to when in Rome. 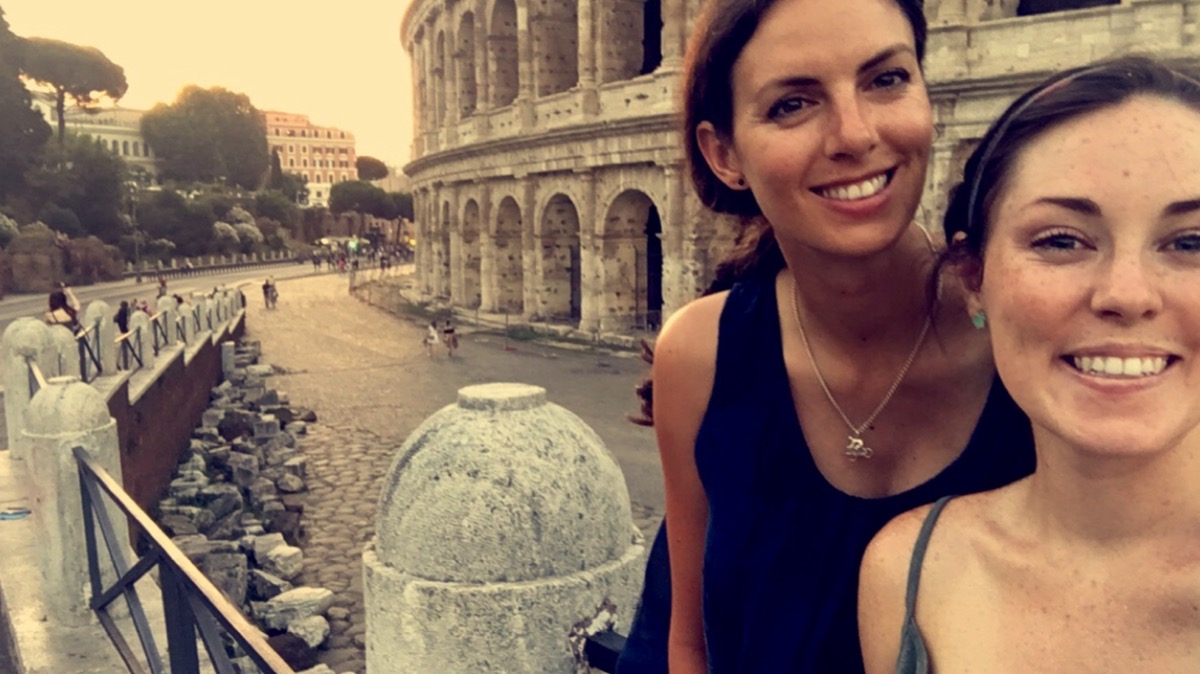