Yesterday had been an incredible but exhausting day of climbing, and we could feel it in our bodies and our minds. In a moment of luxurious rebellion we took our tea, croissants, and fruit to bed. Breakfast in bed never felt so good. 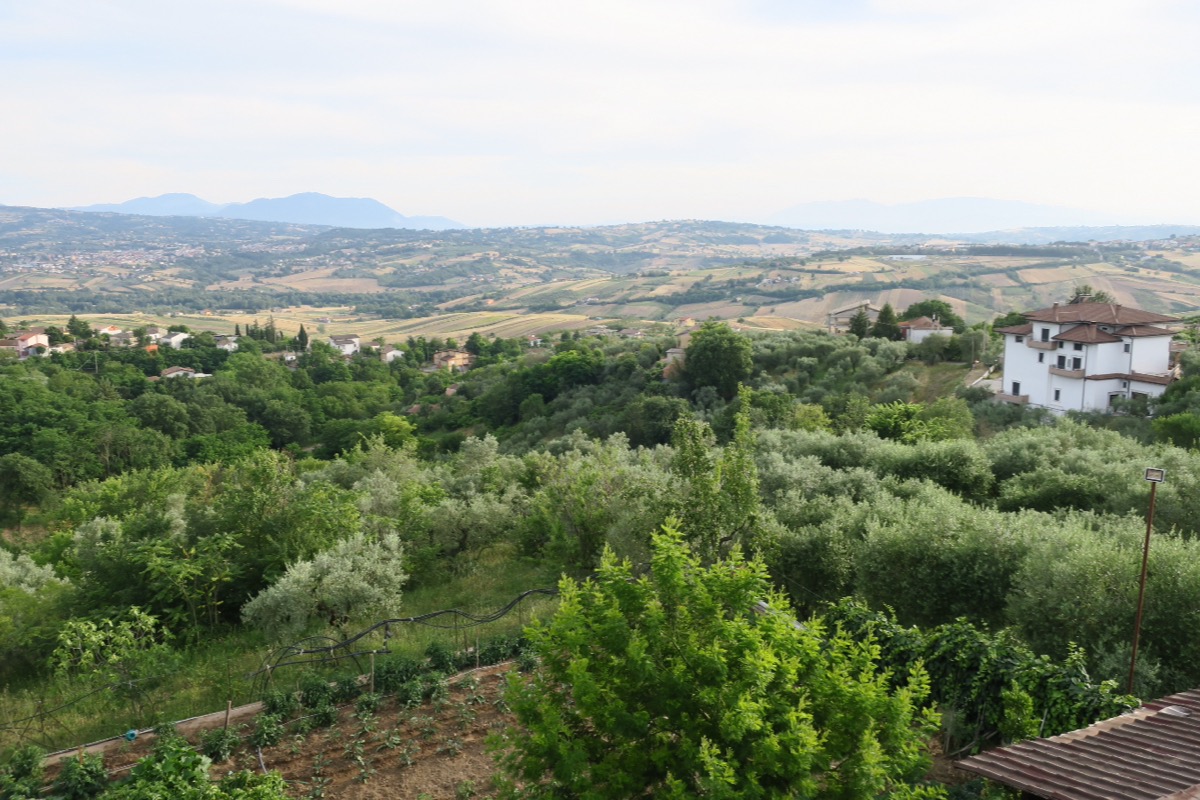 View from our room in Ariano Irpino

Once ready for the day we hopped on our bikes and were immediately affronted by hills climbing the rest of the way into Ariano Irpino. One of my least favorite ways to start a day of cycling is with a climb–I prefer a nice flat start to get my muscles warmed up–but today we had no choice. We pushed through the ascent and I could feel my legs screaming for relief. Climbing the day prior had really taken it out of us! 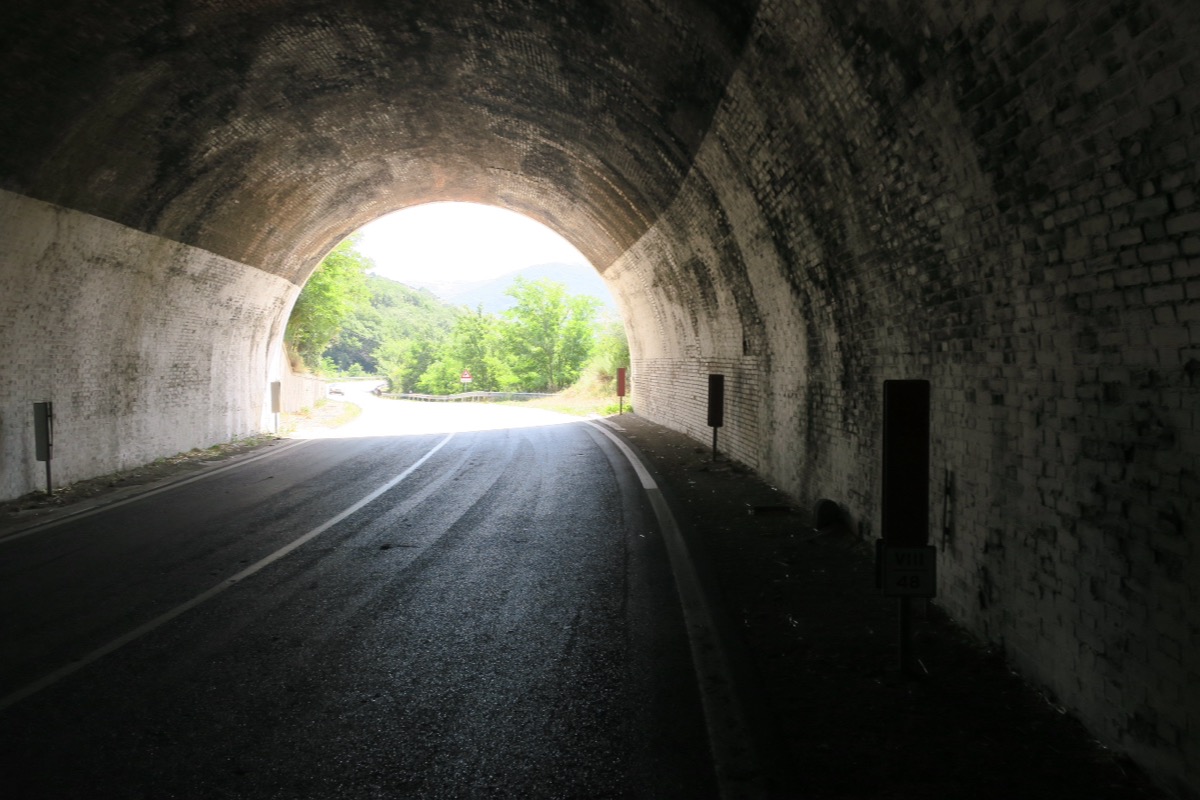 Once past the center of Ariano Irpino the roads opened into elevated countryside with breathtaking views and a slight downhill that our legs were grateful for. For the next fifteen miles this fluctuated between a slight and speed inducing downhill. We zipped through the mountains taking in the beauty with every turn overjoyed by the never ending coast Eastward. 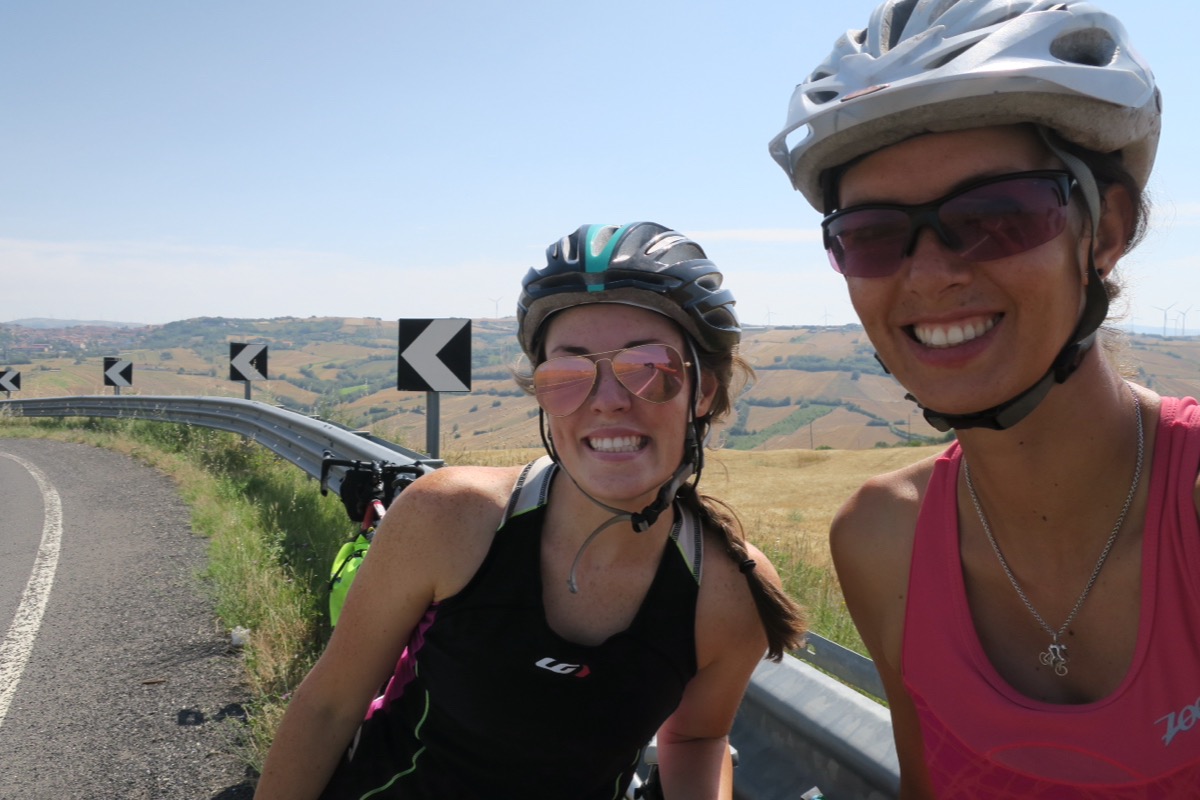 Happy cyclists even happier to be coasting

After our long coast we finally reached flat country roads and began to feel our stomachs grumbling. According to our maps there were no towns for miles other than one tiny dot called Giardinetto on the map. We hoped it was big enough to support some sort of eatery. We cycled into the area and were relieved to see older Italian men sitting under a stoop (this generally signals a place with at least espresso) and greeted them with a hearty “buongiorno!” before entering the shop. The deli was a bit dark and musty, but the sandwiches they made for us absolutely hit the spot. 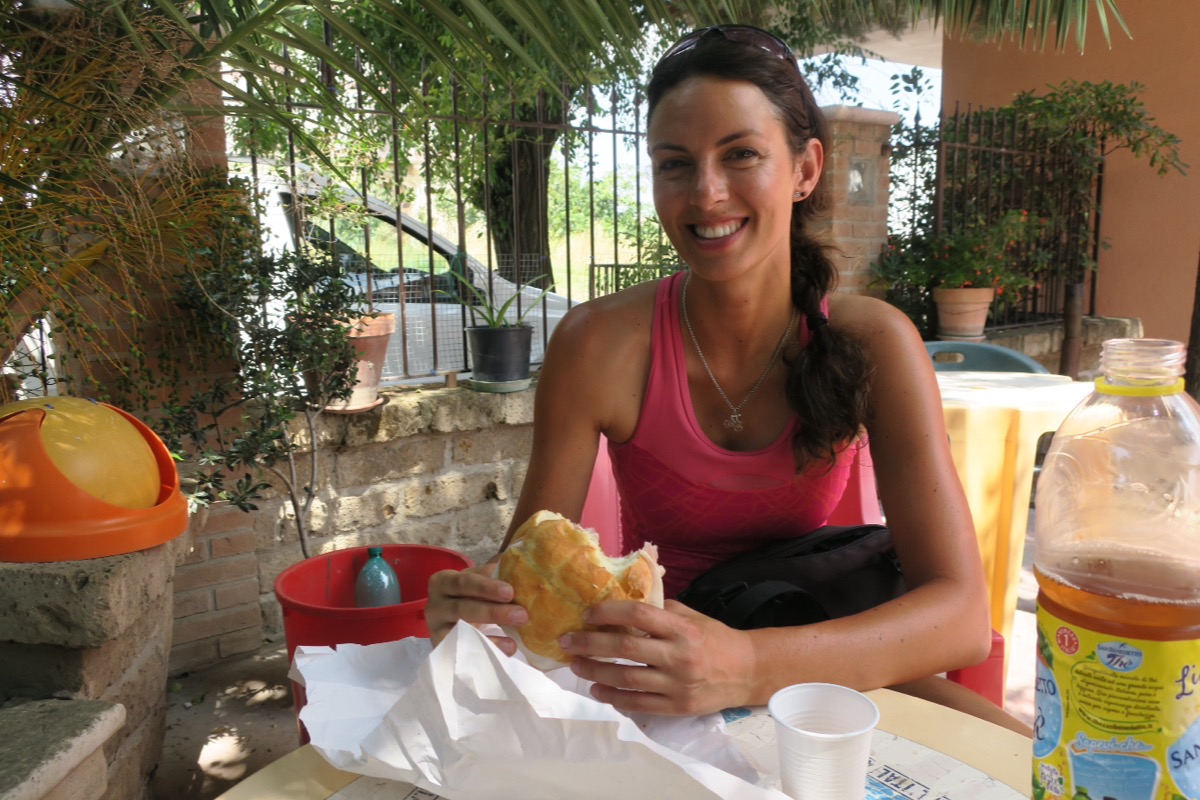 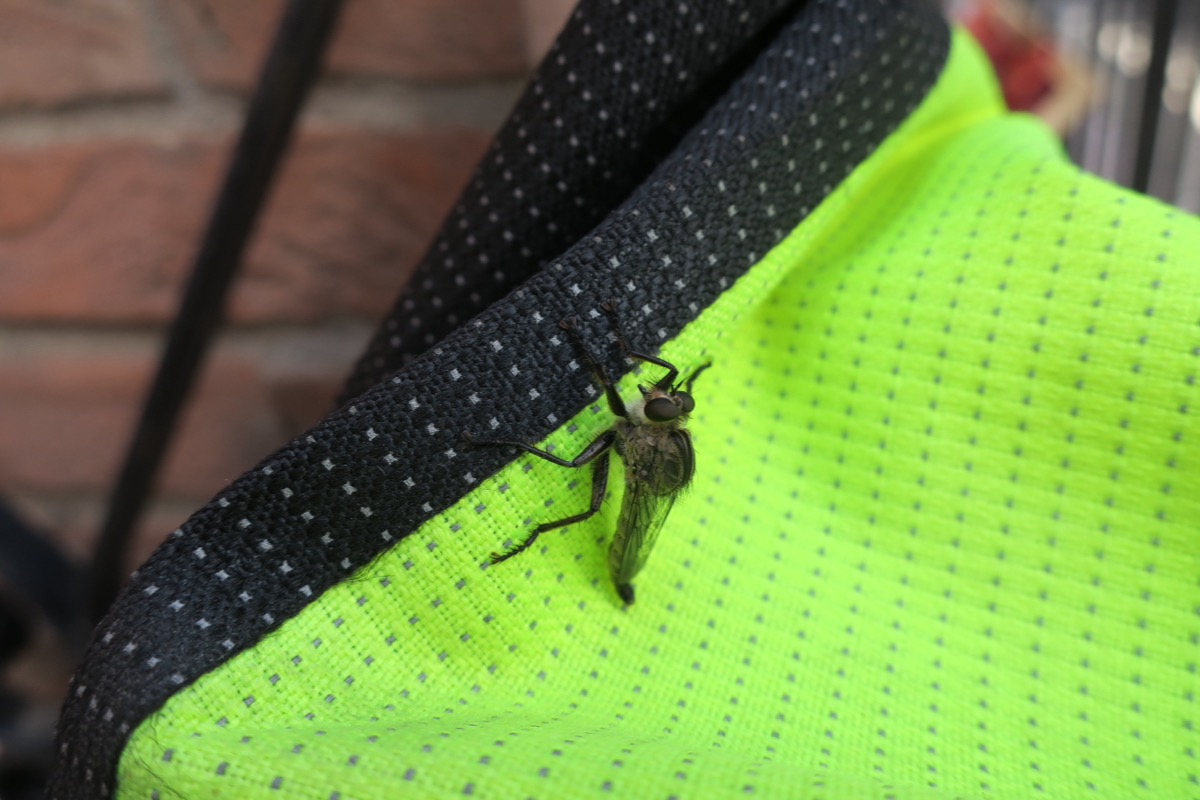 Anyone know what this insect is?

We cycled until we were almost to Foggia before stopping for a victory picture. Crossing the boot felt like one of our biggest accomplishments of the trip. We were entering the second half of my two month venture and would now work our way Northward and toward the Balkans. We felt invincible! 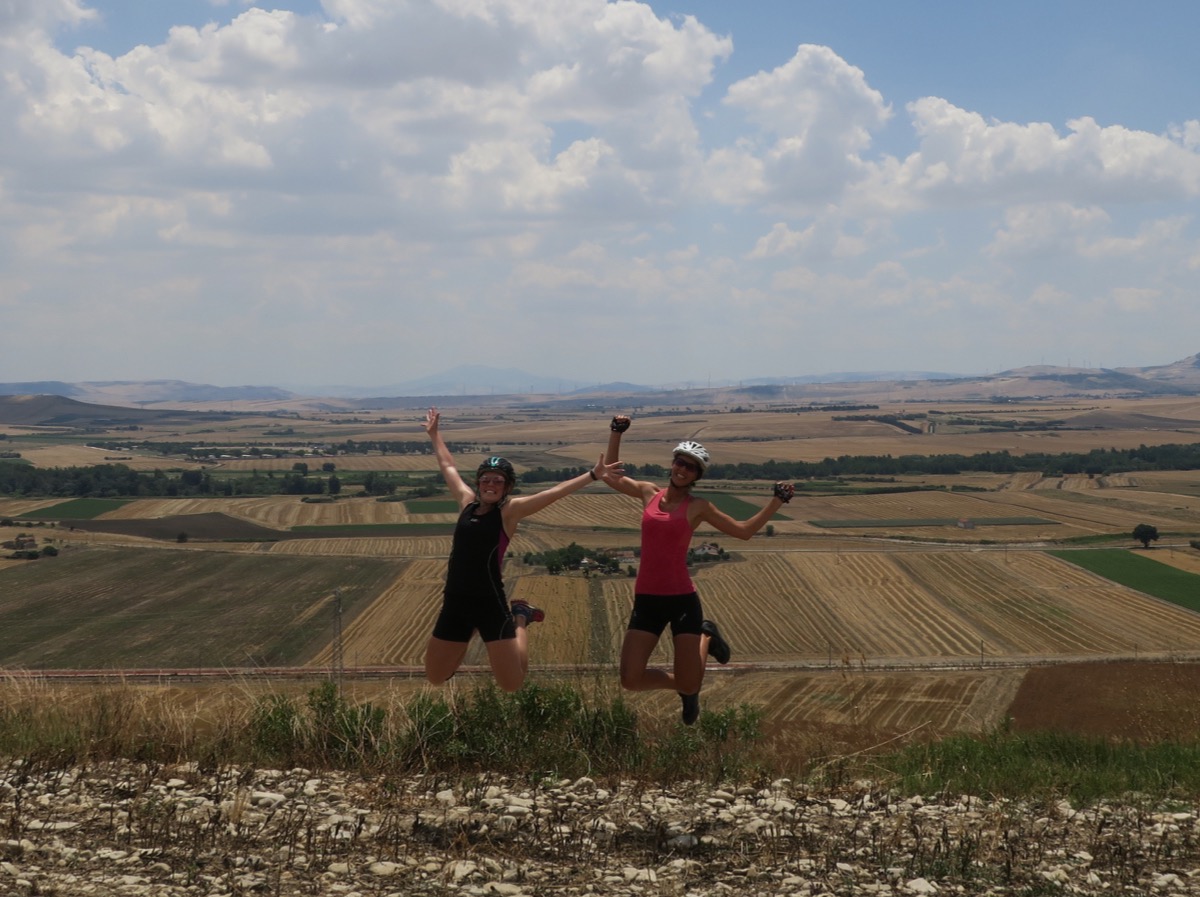 Feeling on top of the world!