Alexa Travels > The Journey > Ride to Choose > Day 31 The Bottle 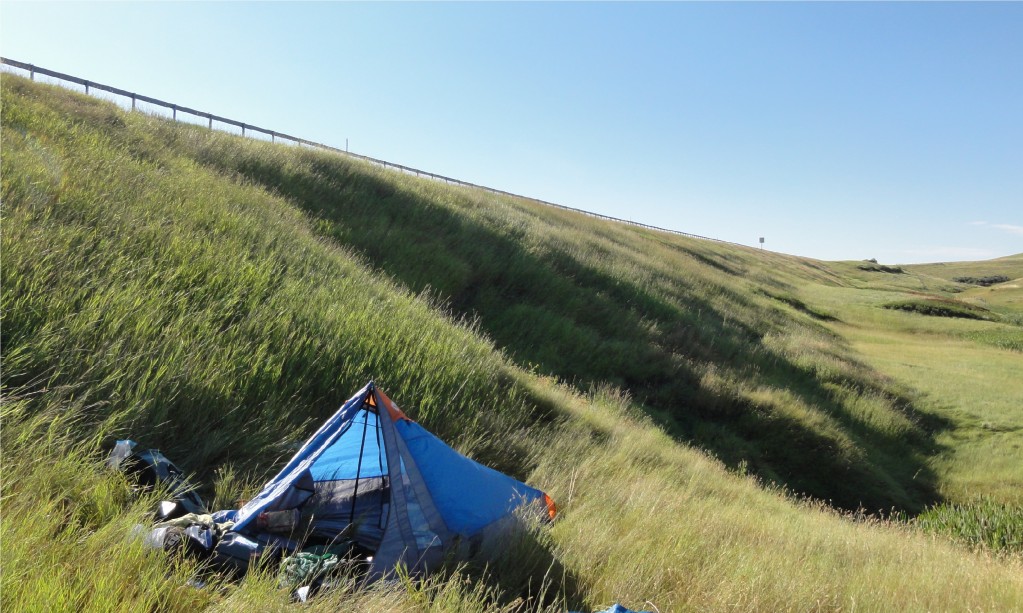 Our impromptu campsite the lightning storm had demanded from the night before. It was amazingly comfortable though, and $0.00. 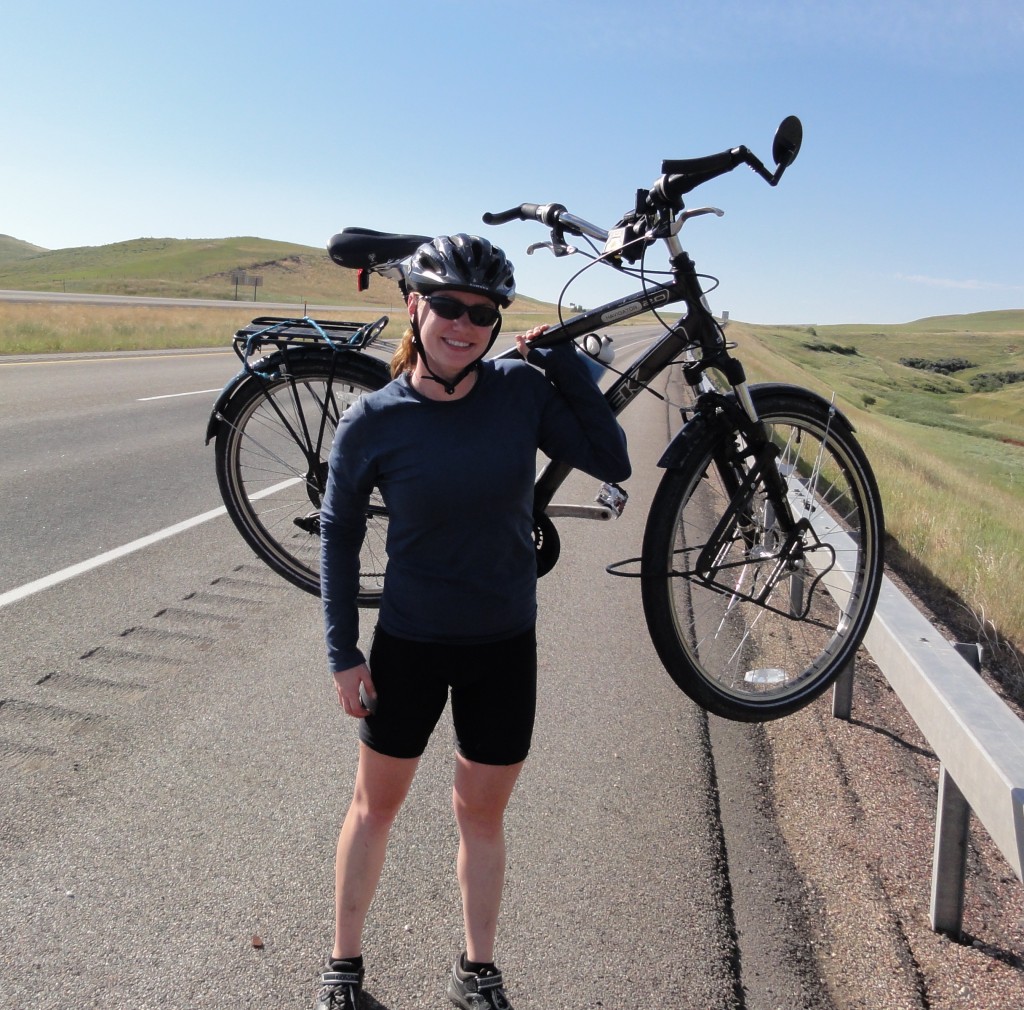 Buff Jess carrying her bike back to pavement

We rolled up our tent, packed our panniers and reassembled our bikes in our normal form. The sky was beautiful and clear, leaving no trace of the violent storm that had raged the night prior.

We were cycling just outside of Buffalo, WY when we witnessed one of the most bizarre events of our trip. Jess and I were cycling nearly abreast, and picking up some speed on a slight downhill when an object came whizzing between our skulls. The item nearly missed the back of Jess’ head and my face. It was a bottled beverage and it exploded upon impact with the fence next to us. We were both startled and jerking our heads back to the origin of the object we saw a large black truck with a lime green dirt bike in the bed screaming down the interstate. We were both in shock. Why did the idea of two cyclists infuriate that driver so much? We were in no way impeding his or her progress and that bottle hadn’t rolled out the back of the truck; it was thrown with force and a specific trajectory. Had it hit us one of us would surely have toppled off our bikes.

We stopped in Buffalo for a cold treat and to refill our water supply. But were still processing the whole bottle incident. Cycling through town I sized up every dark pickup that we passed keeping an eye out for a lime green dirt bike. Part of me wished we could find the assailant. 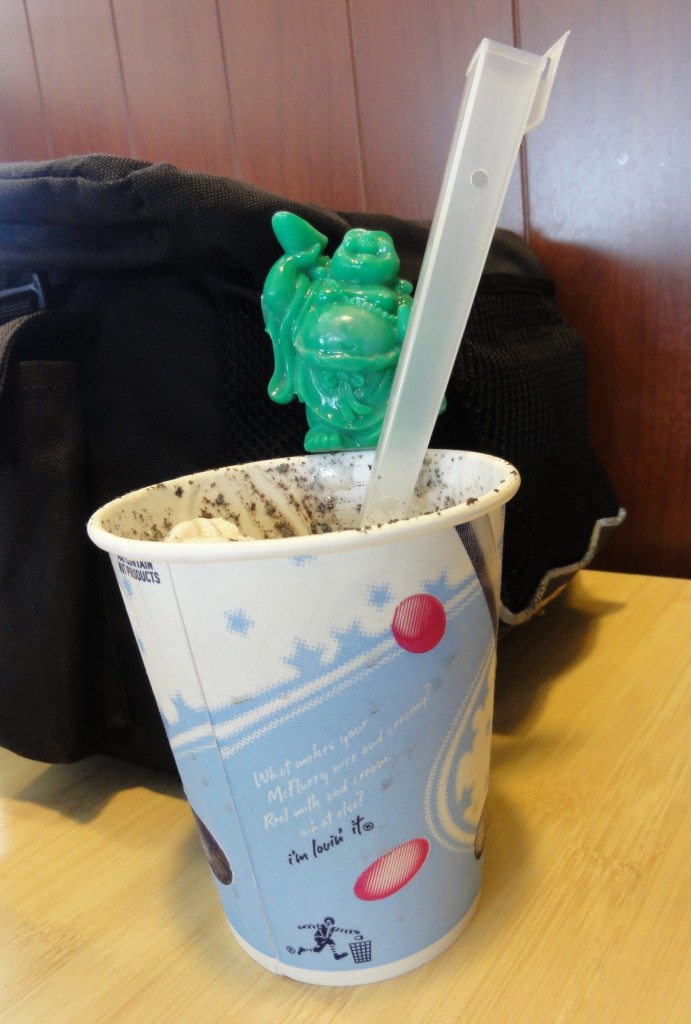 Stopping for a tasty treat in Buffalo, WY 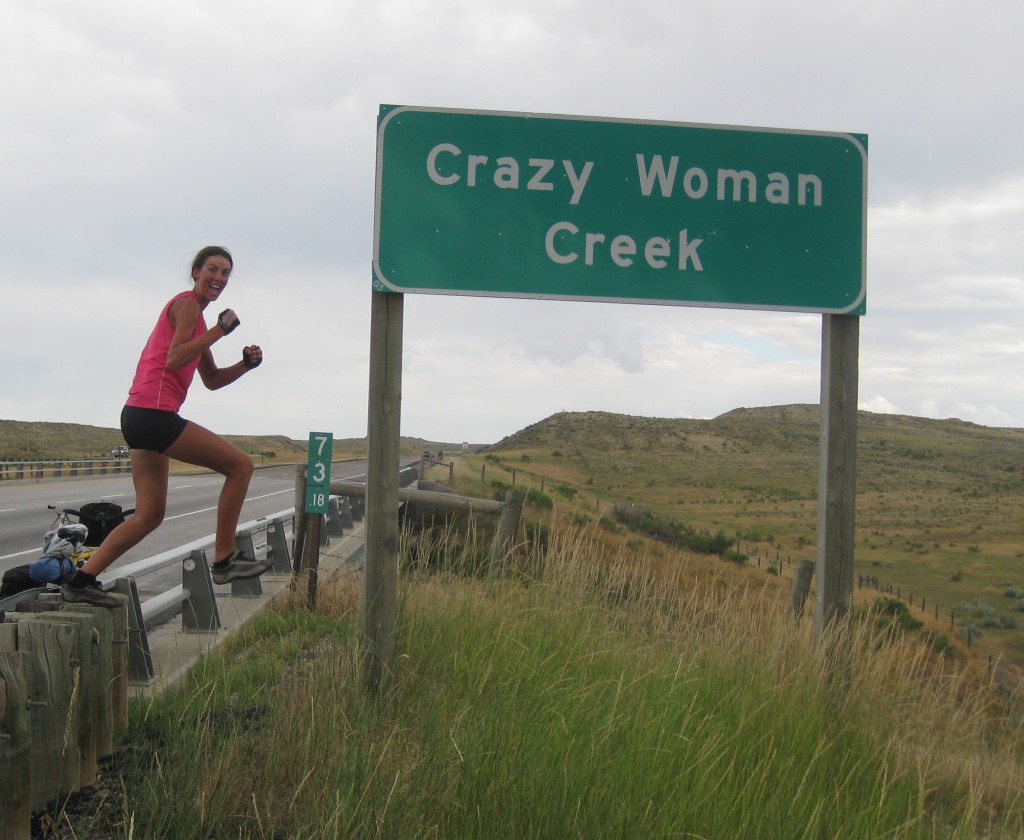 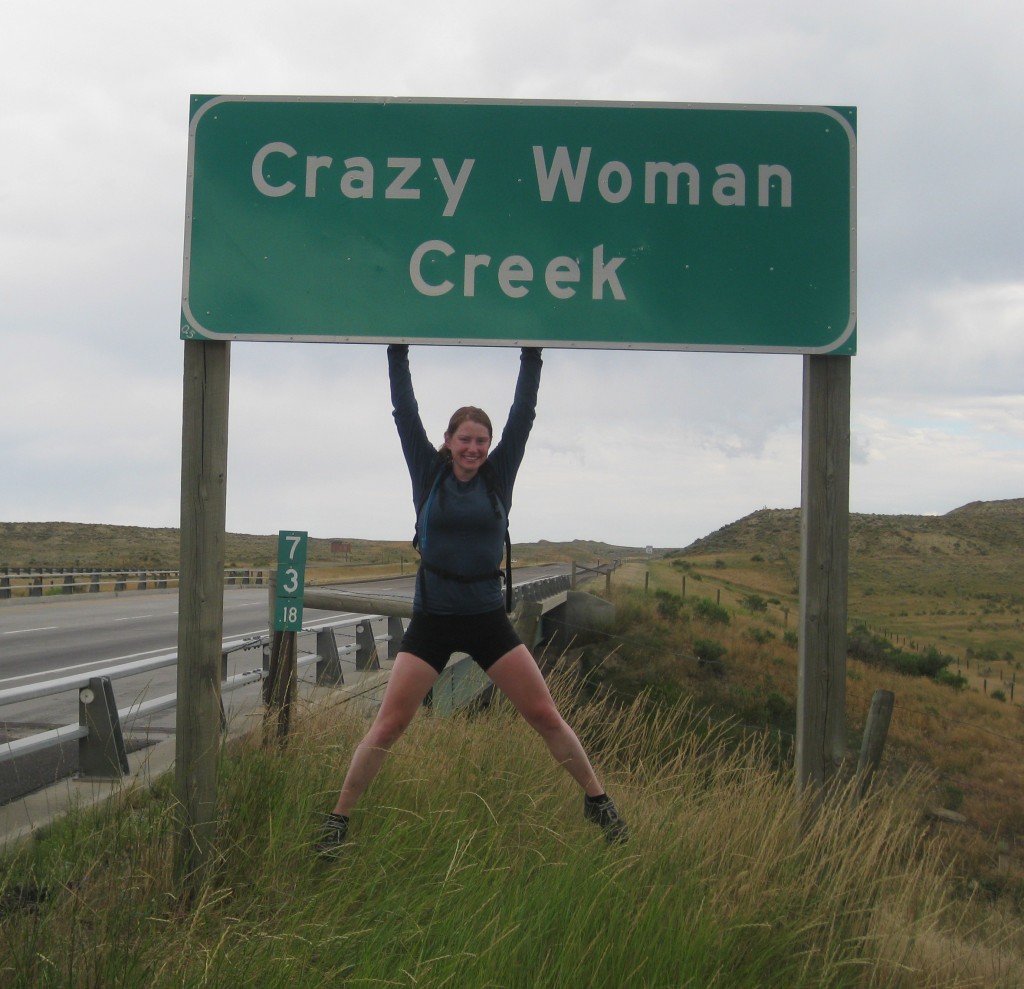 The rest of the day was relatively uneventful. We cycled until darkness drew near and we found another discrete camping area along the interstate. We had nothing against staying in an actual campground but the ease of camping alongside our route saved us time and we were eager to be done with Wyoming.