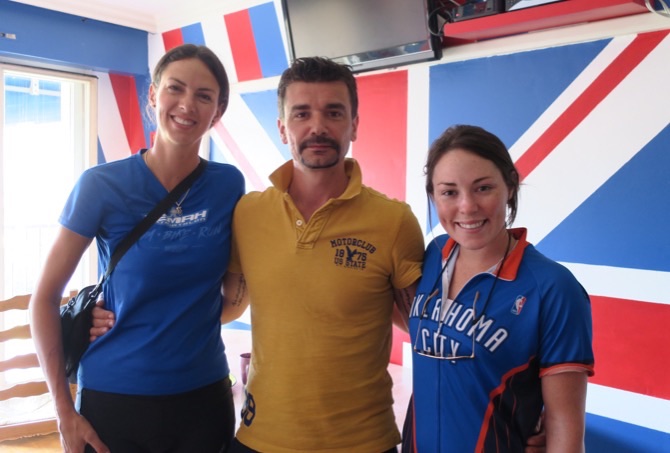 Our Hungarian host with the most!

We packed our things, filled our water bottles and said goodbye to our favorite hostel host of the trip. Viktor had made us feel at home and put up with our desperate laundry needs. “You guys are my heroes” he asserted as we headed out the front door of his London-themed hostel. 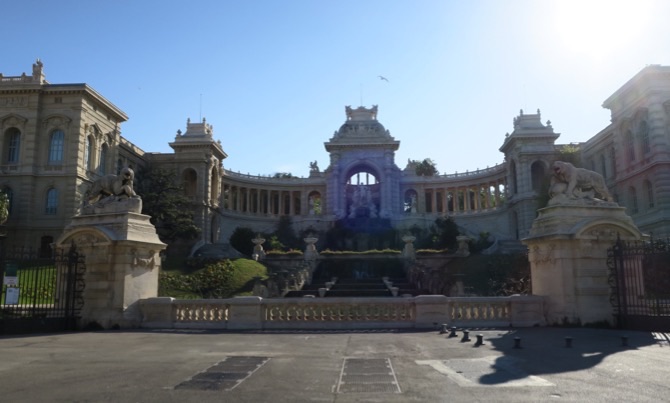 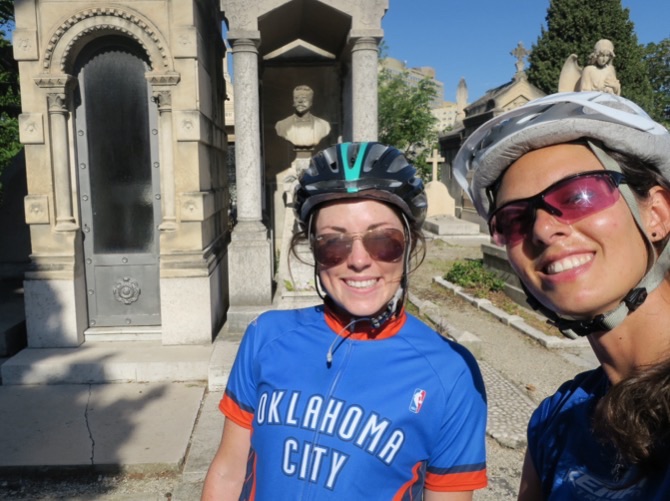 Got lost in a cemetery. Turns out there were many dead ends hehe 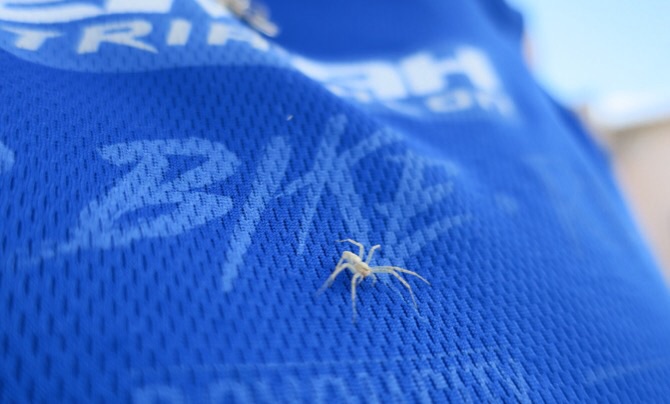 At our gatorade stop I made a friend 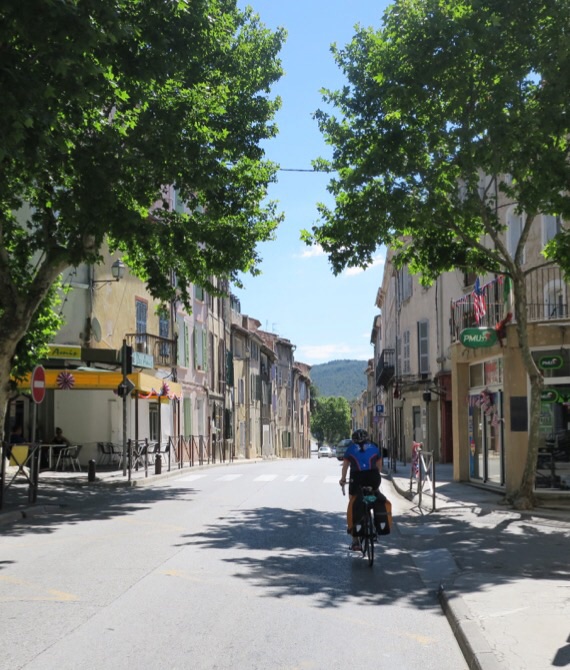 Cycling through small towns is the best

We spent the first part of the day cycling through small, winding, and undeniably French cities en route to our destination city of Toulon. But as the day progressed our environment got a little hotter, dryer, and vaguely familiar. 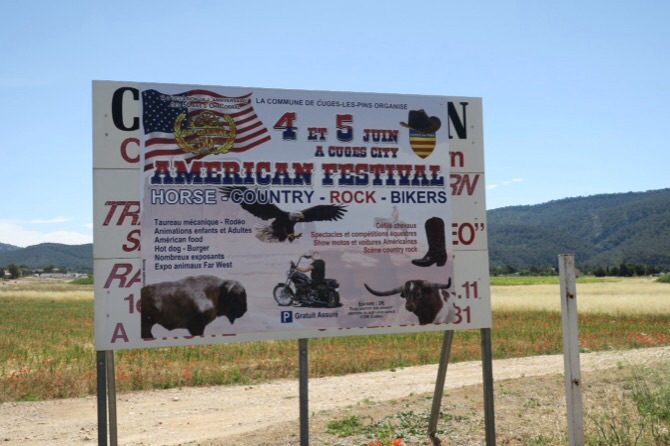 I laughed out loud at first sight of this billboard. Who knew there existed an American festival in France? Still processing the aberration a few steep miles later we passed signs for Buffalo Bill’s Campground, followed closely by some large and ornate totem poles. What the? Next up were signs for the OK Corral. Not your ordinary dude ranch, this was a full blown theme park. Tee pees lined the perimeter and I saw a ride that allowed visitors to float in a faux tree trunk. Through the trees I saw a man in cowboy duds cantering through the park on an Appaloosa to dramatic music that would have made John Wayne proud. We had officially caught a glimpse of the wild wild west of France (despite being in the northeast corner of the country). 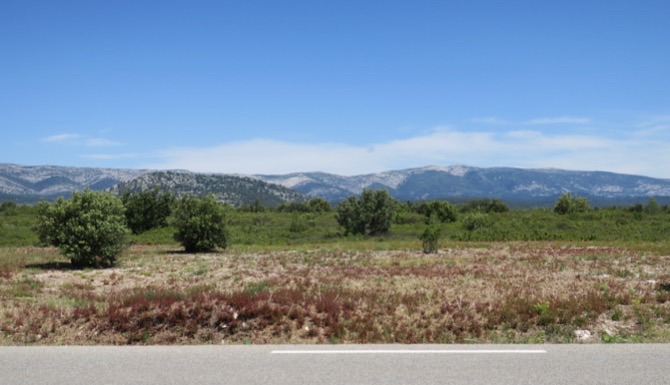 Our day of climbing had earned us the an incredible view

We continued to climb in the heat, fantasizing about the coast we had surely earned down the other side. We rounded a bend and before us was the most breathtaking view of the trip to date. The mountains cascaded for endlessly and we could spot the last couple coastal cities we had cycled through. We were at once humbled by the immensity and feeling on top of the world. 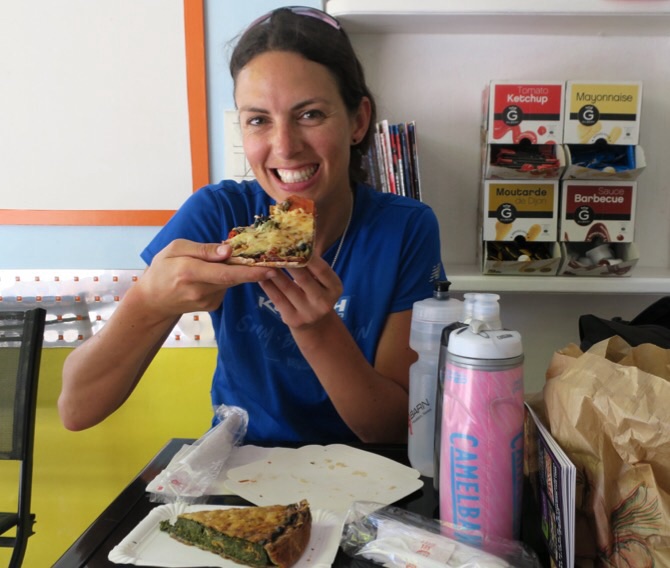 Best pizza of the trip and we’re only in France

We coasted until we saw a small bakery offering pizza and dove in to satiate the appetites we had created by climbing mountains for the past couple hours. The pizza was incredible, so flavorful there could have been Indian spices in the sauce. We paid up and the kind baker (who had given us ice cubes for Bita’s knee) gave us a large and ice cold bottle of water for the road. We thanked him immensely. 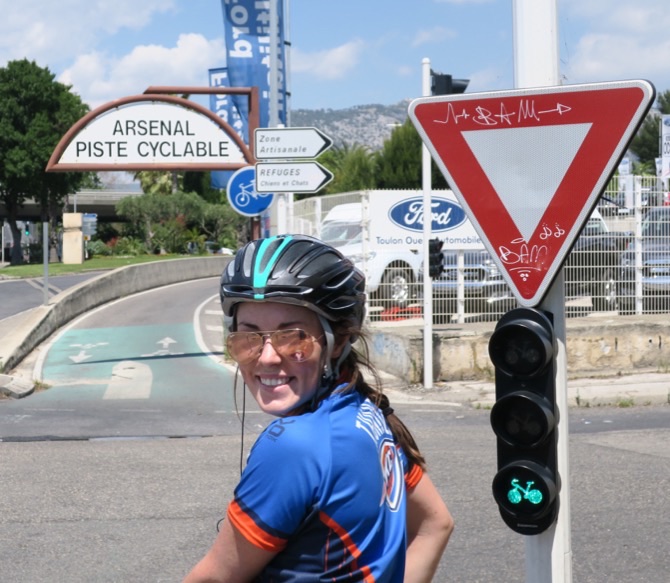 So much bicycle love

We happened upon a well maintained and nearly empty bike path that carried us nearer to Toulon. It is awesome to see cities invest in cycling; it’s a win-win for us and our environment.