We bade farewell to Toulon and set our sites on the coastal town of Sainte-Maxime. We looked forward to increasingly gorgeous beaches as we worked our way Northward along the French Riviera. Today we wore our swimsuit tops under our cycling attire in hopes of the opportunity for a dip.

Outside the city we were once again surrounded by vineyards in the French countryside. Next cycle tour in France will definitely have to be a cycling wine tasting tour. Who’s with me? 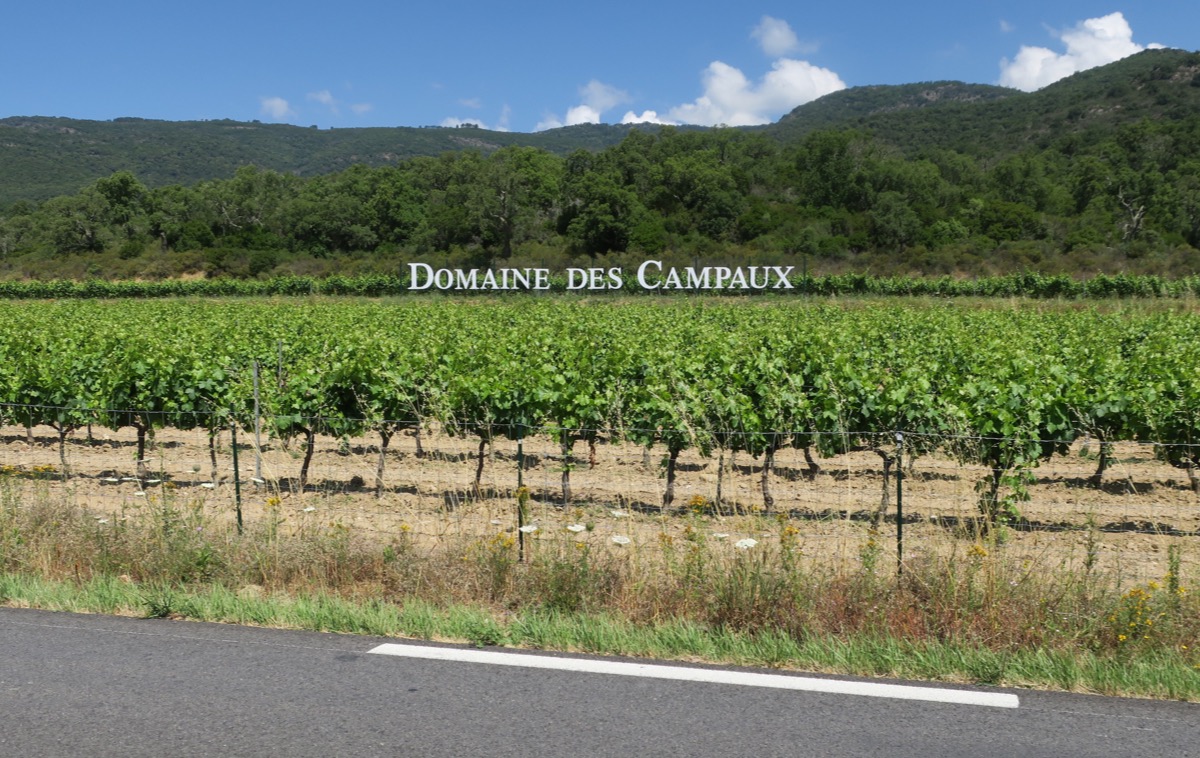 French wine country at its finest 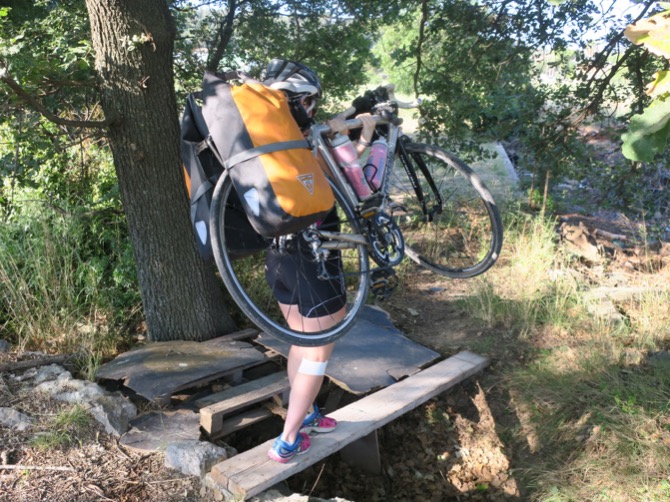 Google up to its old tricks 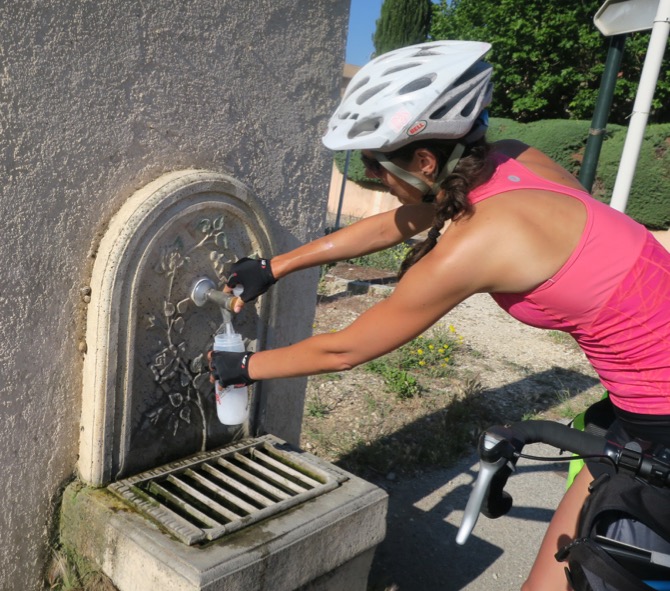 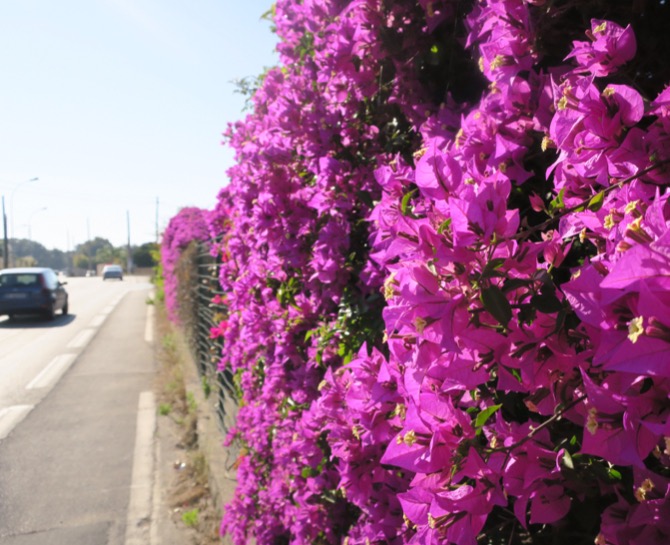 We first spotted coastline in Saint-Nicholas and were happy to see paddle-boarders and kayakers. Bita hasn’t tried stand up paddle-boarding yet so we’re going to try to fit that into the trip somewhere. 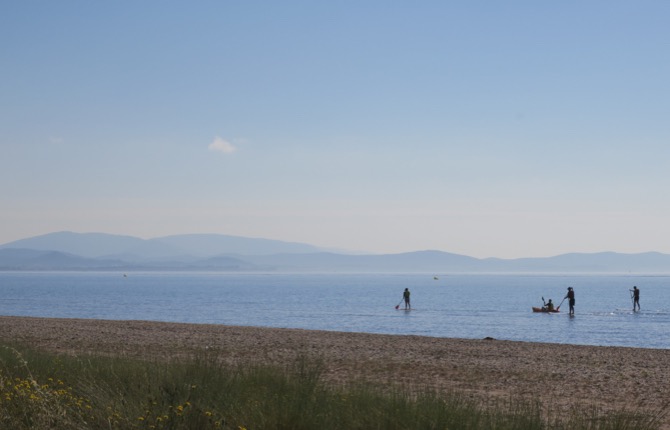 Tranquil waters along the Mediterranean 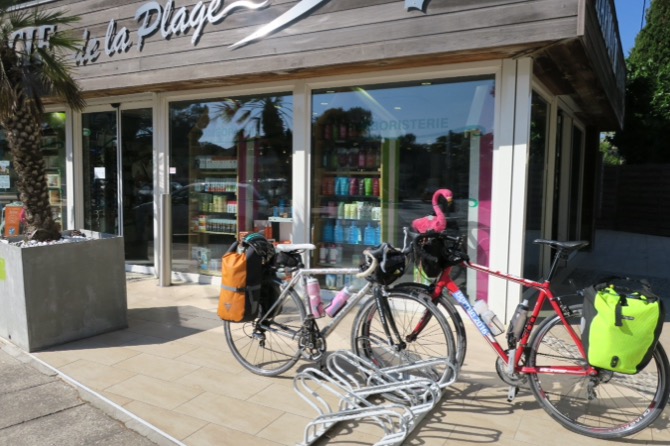 Pit stop at a pharmacy for sunscreen, a must have for such a trip 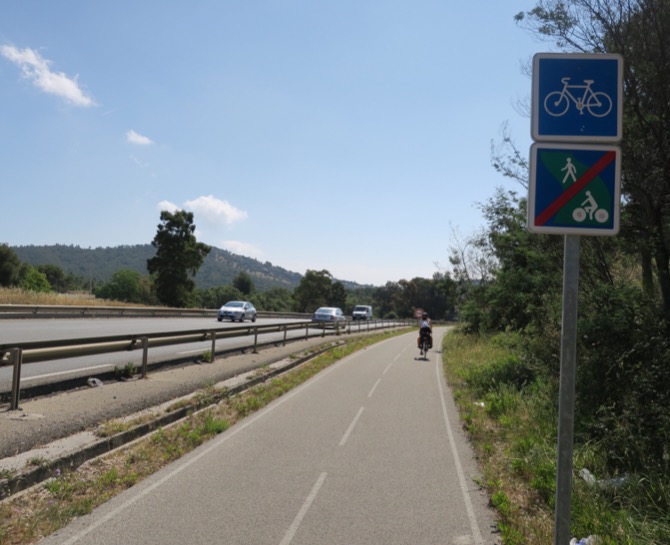 Following a highway paired bike path away from the coast

wanting to take the most direct route to Sainte-Maxime, we worked our way inland and prepared for some incline today. Bring on the ups and downs that make it all the more spectacular! We followed the bike trail until it split away from the main highway. There were many road cyclists on this specific path though, which is always a comforting sign. Then suddenly, we realized Google maps had created another invisible road. This time through a farmer’s field. 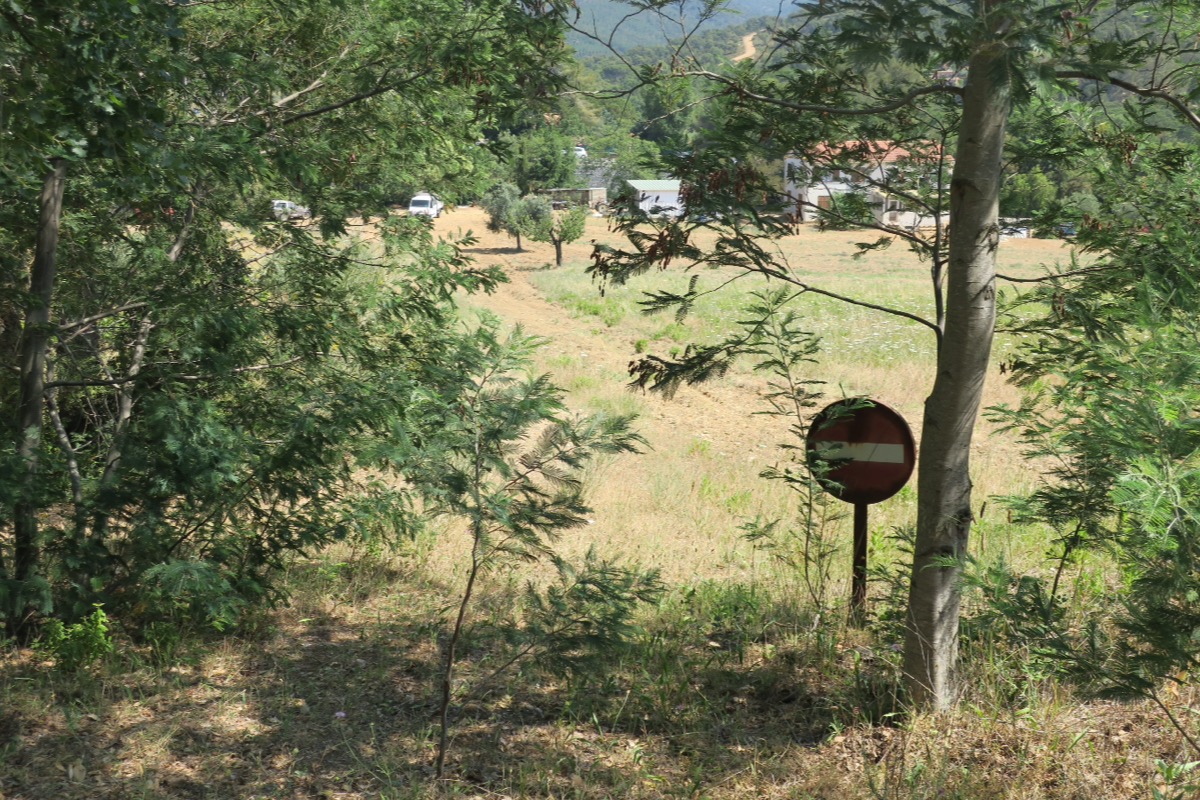 Apparently Google has sent others this way too, much to the chagrin of this farmer

During the day we generally lunch between 1:00 and 2:00pm, or whenever we are ready to gnaw our own arms off; whichever comes first. After more than an hour of tackling inclines we were incredibly hungry and decided the town of La Môle would be our lunch stop of the day. We spotted the first restaurant in the town and veered toward the entrance. The beautiful old building and terrace seemed relaxed, but after sitting down and seeing the menu we realized this was a very nice French restaurant with set menus. Hungry and aching we decided to stay. I had been saying I wanted to experience more classic French cuisine anyway.

From my rusty knowledge of French I could decipher that the first course of the menu was an assortment of pâtés. I had never been a fan of this minced organ meat delicacy, but I figured I’d give it a try. We were sitting at a small two person tble and awaiting our plates of (what I imagined) would be delicate portions of pâté when a server set up a second table next to ours and proceeded to cover it with four large vesses of different pâtés. We almost burst out in laughter. All you can eat pâté for two hungry cyclists? Challenge accepted! 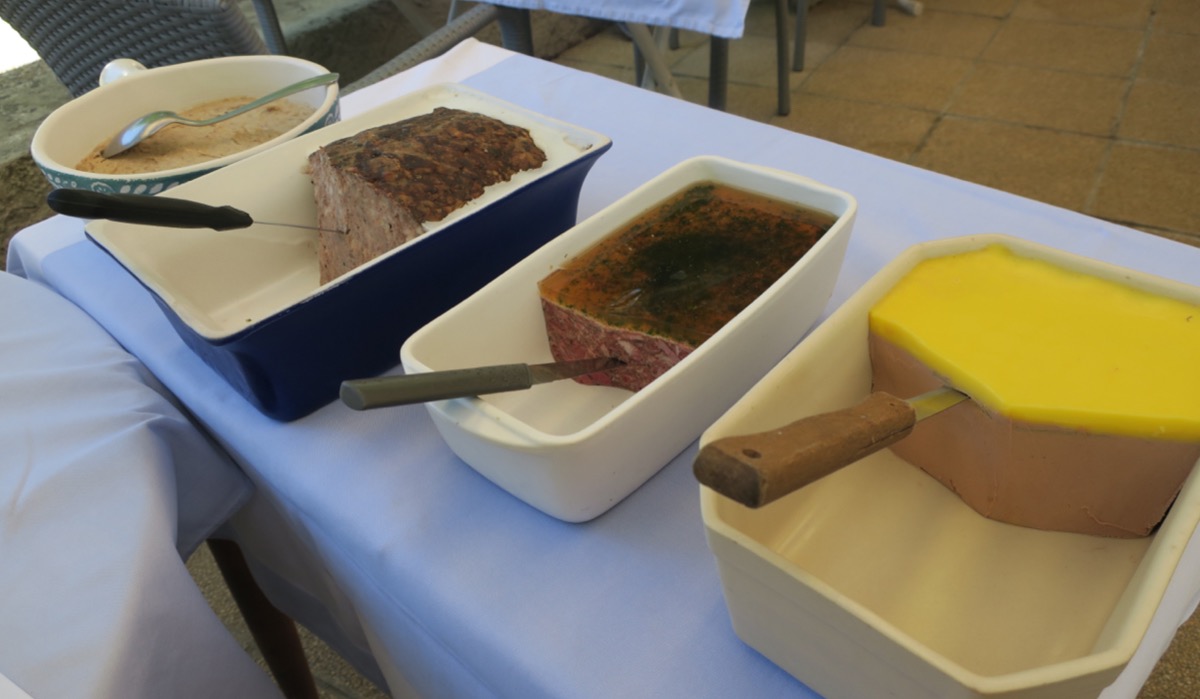 Safe to say we put a dent in these… 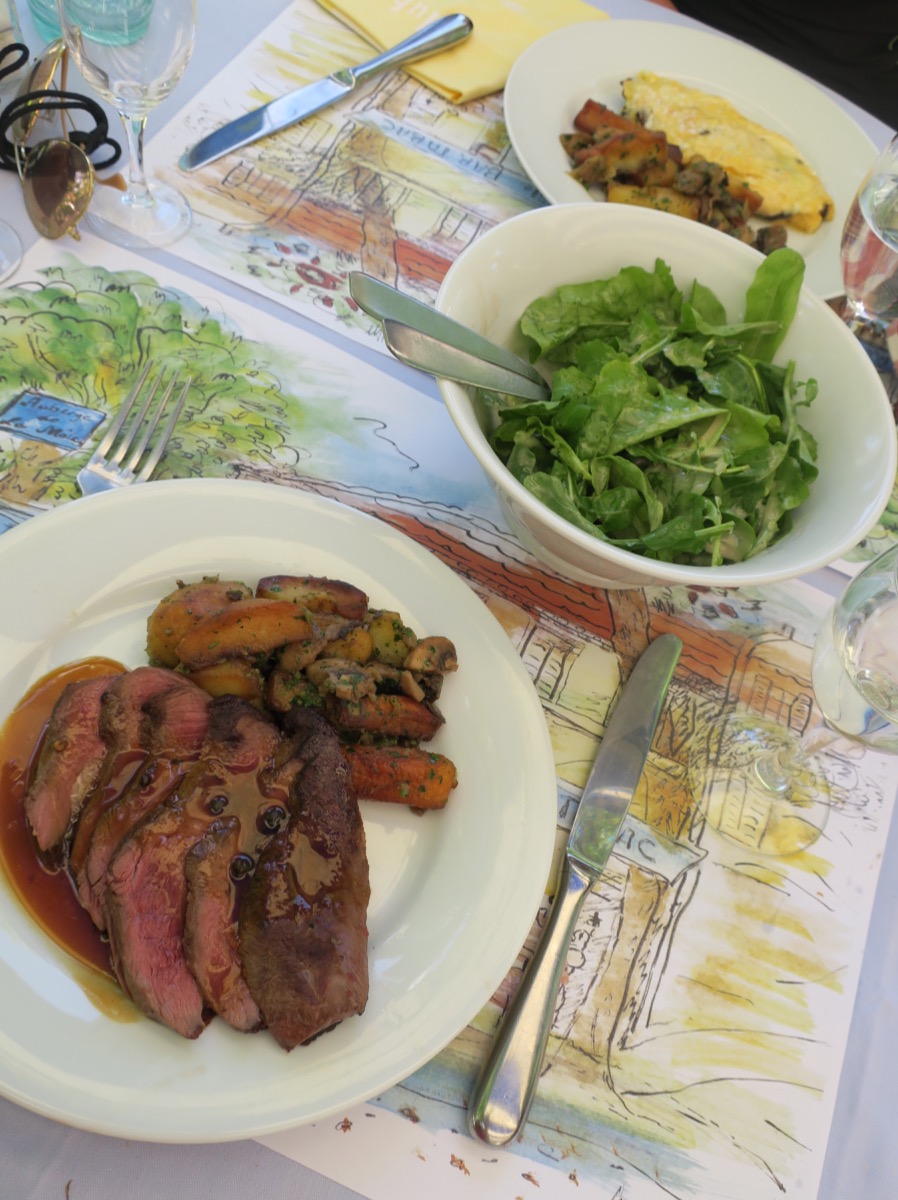 Then came our main dishes and salad

Feeling incredibly full at this point we toyed with the idea of skipping dessert when they asked if we’d like to sample the cheese plate. Well, since you asked! 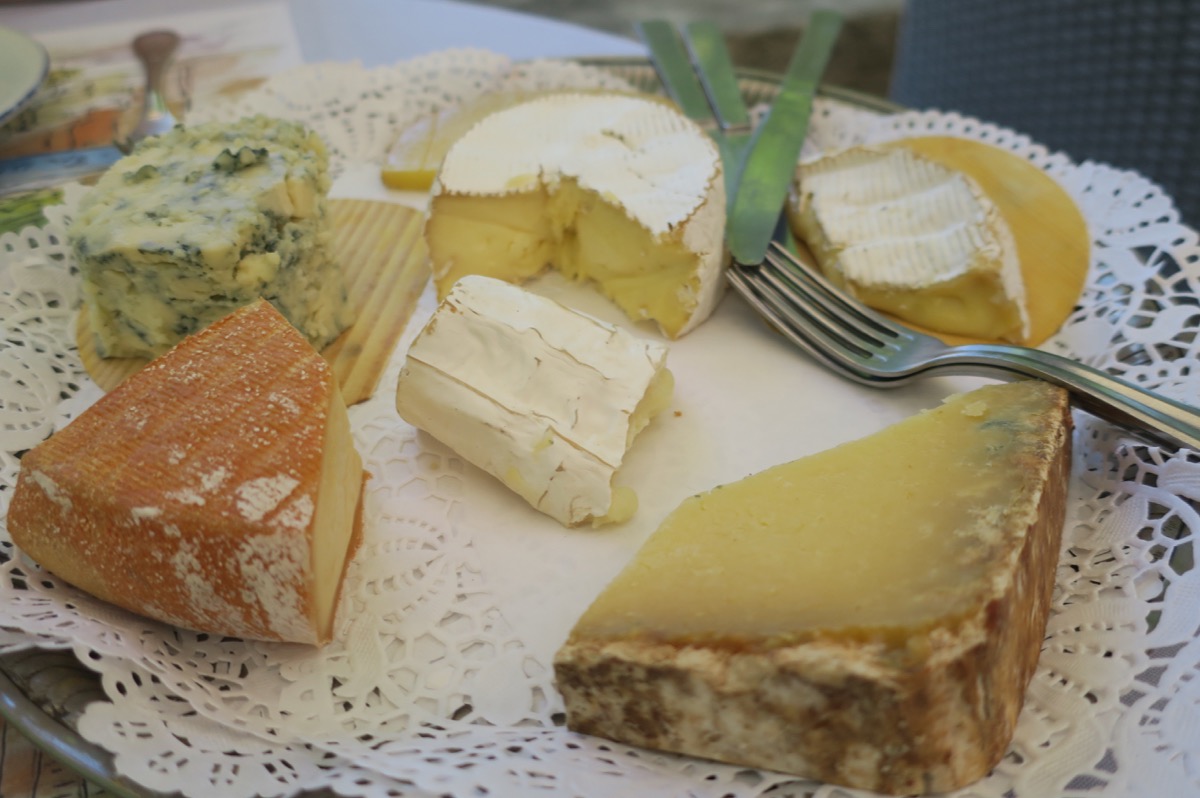 We shouldn’t have gone there, but we tried them all even the smelliest one

Well beyond any semblance of a comfortably full sensation, we told them to bring on the dessert. Again the tableside table came in handy as they plyed us with large vessels filled with chocolate mousse, crème brûlée, and fruit. The cocolate mousse was especially irresistable as it had mounds of thick whipped cream gently folded in. We waddled out of the restaurant with food babies the size of basketballs. It was slow going once we got back on the bikes! 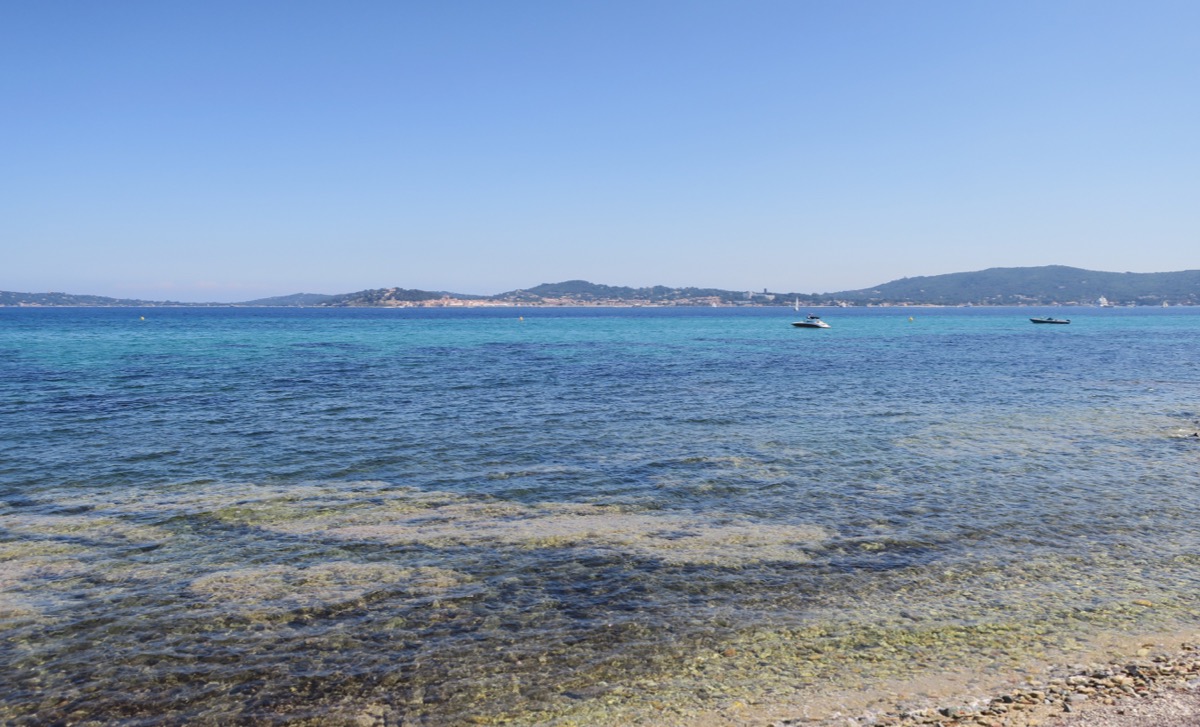 We got our chance to jump in the Mediterranean not long before reaching Sainte-Maxime. We could just make out Saint-Tropez across the gulf.

To round out our day of gluttony, when we reached Sainte-Maxime we realized our adorable hotel also had a pool! We headed to the pool almost immediately in hopes of softening some of our cyclist tan lines. 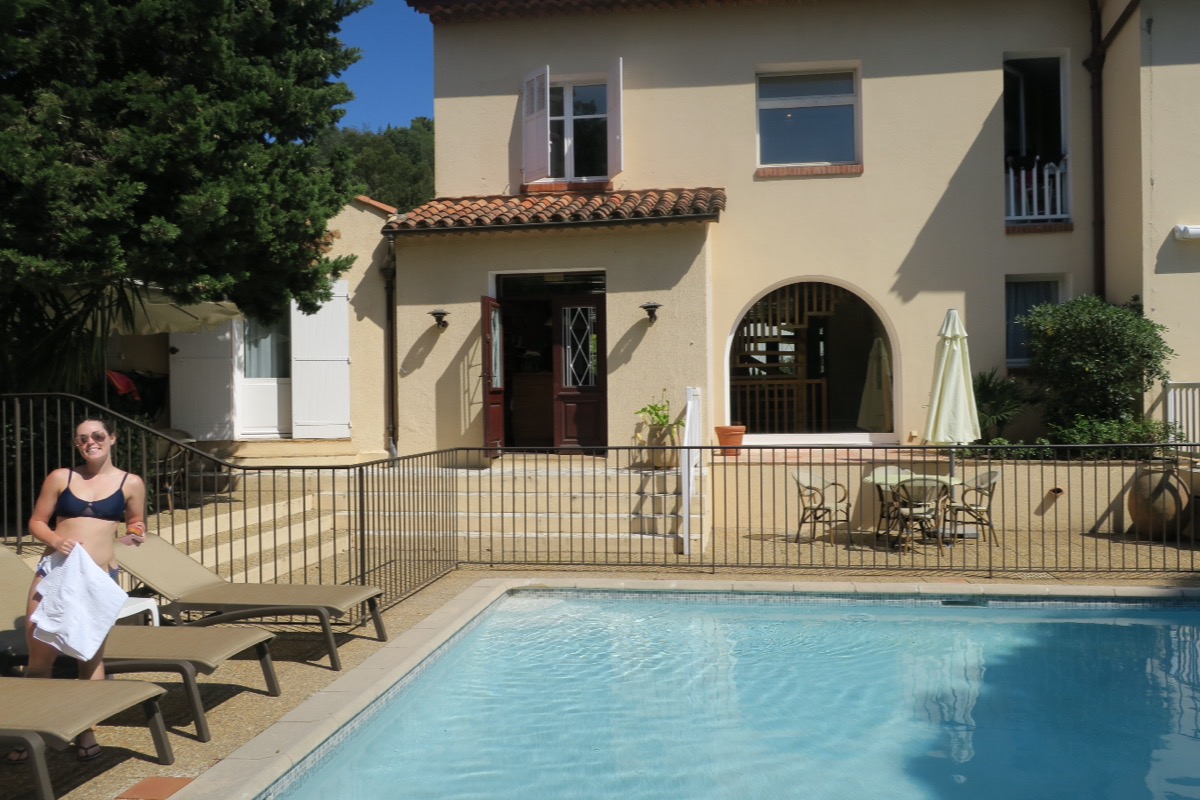 Our favorite hotel of the trip!